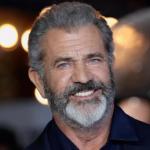 Mel Gibson is an American actor and filmmaker who is best known for his action hero particularly his breakout role as Max Rockatansky in the first three films of the post-apocalyptic action series, "Mad Max". Gibson is also known for his popular role as Martin Riggs in the buddy cop film series, "Lethal Weapon".

Gibson also has produced, directed, and starred in a historical epic, "Braveheart"(1995) for which he was awarded 2 Oscar Awards: the Academy Award for Best Director and for Best Picture and a Golden Globe Award for Best Director. He went through several legal issues and controversies during the early 2000s that he even took a 10 years long break from his career making his directorial comeback with "Hacksaw Ridge"(2016), which won two Academy Awards.

On June 26, 2020, Los Angeles Magazine unearthed a podcast episode from last year in which a prominent Hollywood screenwriter backs up Winona Ryder’s recent claims about him, namely that he is anti-Semitic and called the Jewish actress an "oven dodger".  Besides, he was also named as the "Sexiest Man Alive" in 1985 by People's magazine.

What is Mel Gibson Famous for? 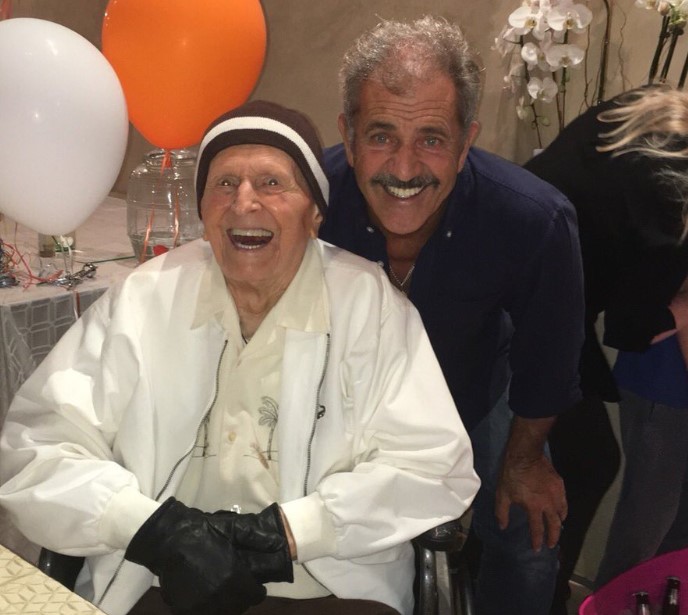 Where was Mel Gibson Born?

Mel Gibson was born on January 3, 1956, in Peekskill, New York, United States. His birth name is Mel Colmcille Gerard Gibson. His nationality is American and he even retains Irish citizenship as well. Gibson belongs to White ethnicity while Capricon is her zodiac sign.

Mel Gibson was born as the sixth child of a total of 11 children of his parents. Gibson was born as the second son of Hutton Peter Gibson(father) and Anne Patricia(mother). Her father, Hutton was a renowned writer who wrote on sedevacantism, a World War II veteran, the 1968 "Jeopardy!" grand champion. His father, Hutton lived a luxurious lifestyle for 101 years until he died on May 11, 2020. Gibson was raised as a Sedevacantist traditionalist Catholic.

Mel belonged to a well-renowned family as his paternal grandmother, Eva Mylott(1875–1920), was an Australia contralto opera singer while his grandfather, John Hutton Gibson, was a millionaire tobacco businessman from the American South. One of Gibson's younger brothers, Donal, is also an actor.

Besides, Gibson is also an Australian permanent resident as his late father was awarded US$145,000 in a work-related-injury lawsuit against the New York Central Railroad on February 14, 1968, and soon afterward relocated his family to West Pymble, Sydney, Australia when Mel was just 12 years old.

Gibson attended St Leo's Catholic College in Wahroonga, New South Wales where he was educated by members of the Congregation of Christian Brothers and then he joined Asquith Boys High School in Asquith. After he got graduated, he went to the University of New South Wales in Sydney. He aspired to be a chef or a journalist but his sister submitted an application on his behalf at the "National Institute of Dramatic Art"(NIDA) in Sydney where he was selected thoroughly.

After he got graduated in 1977, he went to the Southern Australian Theater Company to pursue a career in the film industry. 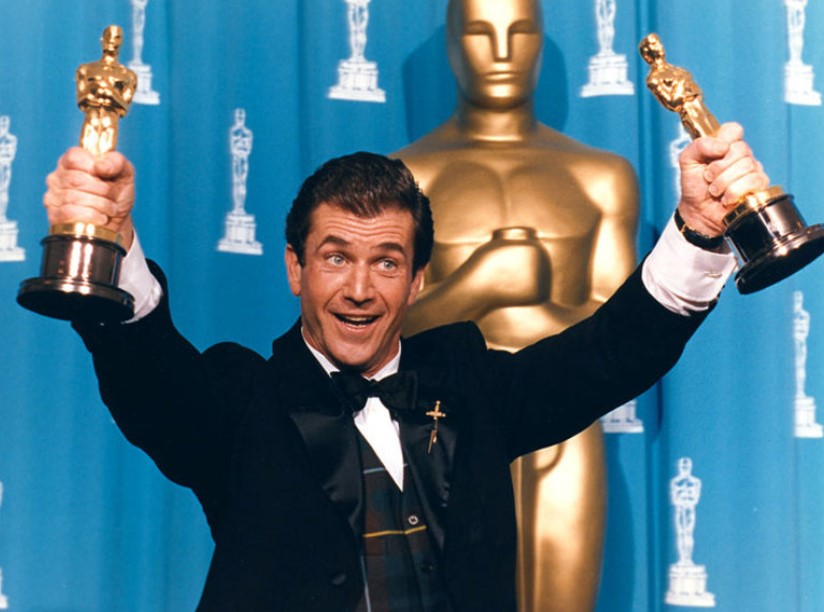 What Does Mel Gibson Do For Living? 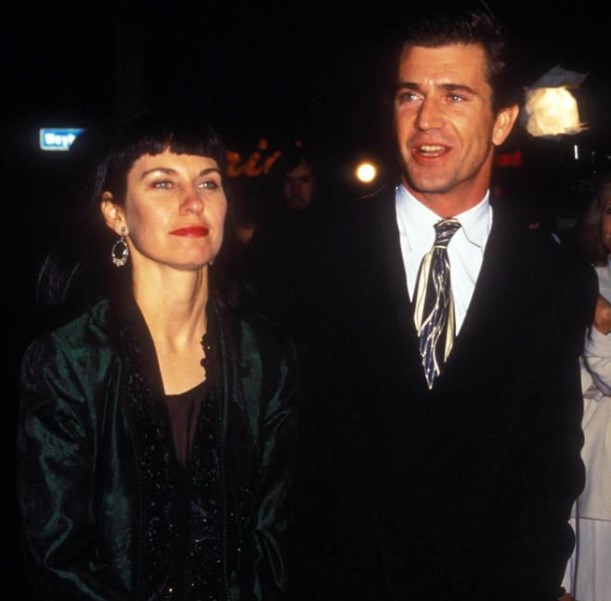 Who is Mel Gibson Married to? 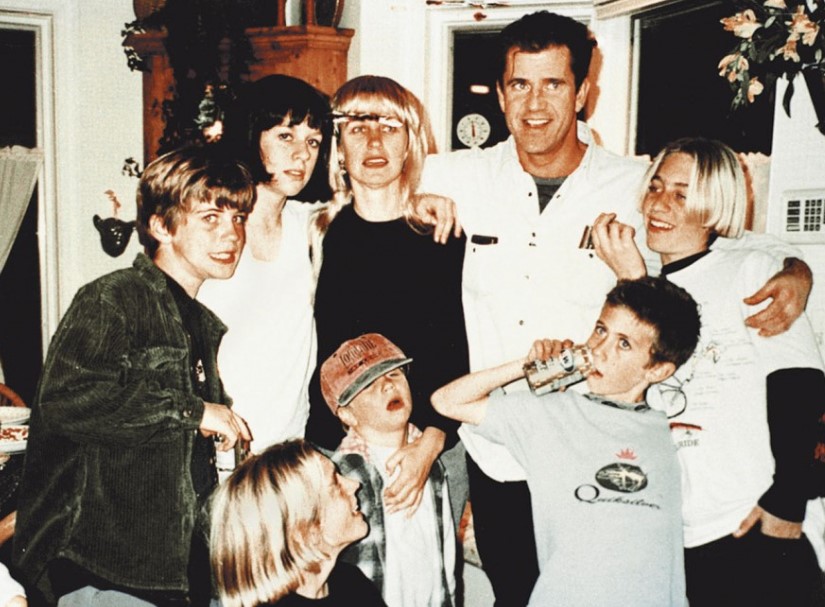 After getting married for over 26 years, Mel and Robyn Gibson separated on July 29, 2006, and eventually, Gibson filed for divorce on April 13, 2009, citing irreconcilable differences. Gibson's divorce was finalized on December 23, 2011, before which photographs featuring Gibson at beach embracing Russian pianist Oksana Grigorieva was published in March 2009.

On April 28, 2009, Gibson made a red carpet appearance with Grigorieva making official of their relation. The couple welcomed their first daughter, Lucia on October 30, 2009. However, by April 2010, they split up. On June 21, 2010, Grigorieva filed a restraining order against Gibson to keep him away from her and their child, but on June 25, the order was obtained by Gibson.

Gibson is currently in a relationship with Rosalind Ross. Ross is a former champion equestrian vaulter and writer with whom he began dating in 2014. The couple welcomed their first and Gibson's 9th child named Lars Gerard, on January 20, 2017, in Los Angeles. 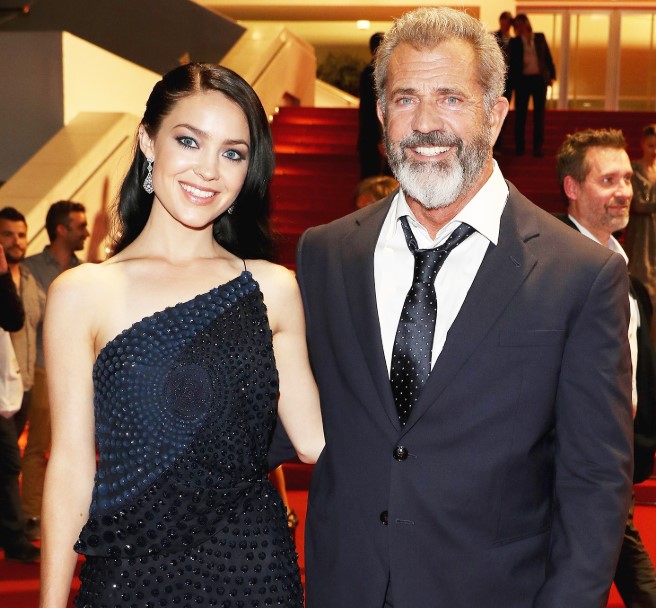 Besides, in July Grigorieva accused Gibson of domestic violence, leading to an investigation by the Los Angeles County Sheriff's Department. On July 9, Gibson was dropped by his agency, William Morris Endeavor. In August 2011, Gibson settled with Grigorieva, who was awarded $750,000, joint legal custody, and a house in Sherman Oaks, California until their three-year-old daughter Lucia turns 18.

Also, the GLAAD accused Gibson of homophobia after a December 1991 interview in the Spanish newspaper El País in which he made derogatory comments about homosexuals. He however defended his comments and later he joined GLAAD in hosting 10 lesbian and gay filmmakers for an on-location seminar on the set of the movie Conspiracy Theory in January 1997.

What is the Net Worth of Mel Gibson?

Mel Gibson is a multi-millionaire celebrity who has quite great earnings from his professional career as a filmmaker and also as an actor. Having been in this field for over 20 years, Gibson has managed to amass a million worth fortune from his several films. His net worth is estimated to be in a three-digit worth which is $425 million.

Gibson is also a property investor, with multiple properties in Malibu, California, several locations in Costa Rica, a private island in Fiji, and properties in Australia. In April 2007 he purchased a 400-acre ranch in Costa Rica for $26 million, and in July 2007 he sold his 76-acre Tudor estate in Connecticut for $40 million which he had purchased in 1994 for $9 million. In 2008, he purchased the Malibu home of David Duchovny and Téa Leoni.

Gibson is also a philanthropist as he along with and his former wife has contributed a substantial amount of money to various charities, one of which is Healing the Children. It was confirmed that Gibsons gave millions to provide lifesaving medical treatment to needy children worldwide.

How Tall is Mel Gibson?

Mel Gibson is a good-looking man who still has the same charismatic body features as in the 20s though he is in his mid-60s. Gibson has a well maintained athletic body physique with his chest size as 46 inches, waist size as 36 inches, and bicep size as 15 inches.

He stands tall with a height of 5ft. 8inch.(1.77m) while his body weighs around 97kg(214 lbs). He has a fair complexion with grey hair, grey mustache, and blue eyes.