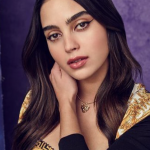 Melissa Barrera is a famous Mexican actress and singer who is famous for her roles in the television soap opera, "Siempre tuya Acapulco" in 2013, "Tanto Amor" in 2015, and the series, "Club de Cuervos" in 2017. She has also appeared in the horror movie, "Scream" in 2022, "Scream 6" (2023), and in the drama series, "Vida" from 2018 to 2020 which has gained her worldwide recognition. In April 2019, Melissa was selected for the starring role of Vanessa in the 2020 movie adaptation of Lin-Manuel Miranda‘s musical titled "In the Heights". In 2013, she was a part of the singing duo Melissa y Sebastian through which she released her first album. She began getting attracted to the theater during her middle school years when she participated in school plays such as The Wizard of Oz, Grease, Joseph and the Amazing Technicolor Dreamcoat, and Aida. Her professional career began when she starred in the lead role of Julieta in the Mexican production of Romeo y Julieta, while she was in her last year of high school. She then acted in a regional production of the play Footloose in the lead role of Ariel before leaving for college. While she was at New York University, Melissa participated in theatre productions such as Sweet Charity and The Caucasian Chalk Circle. In 2011, just after leaving university, she was selected to participate in the Mexican reality talent musical show La Academia where she received a lot of recognition for her singing skills. By the end of 2011, she landed an acting role in a TV Azteca telenovela titled La Mujer de Judas.

What is Melissa Barrera Known For?

Where is Melissa Barrera From?

Melissa Barrera was born with the birth name of Melissa Barrera Martínez on 4th July 1990. She is from Monterrey, Nuevo Leon, Mexico. She holds Mexican nationality whereas her ethnicity is Hispanic. Her present age is 32 as of 2022. Cancer is her birth zodiac sign. Her father, Tomas Barrera is a film producer and her mother's name is Rossana Martinez. She has 3 younger sisters. She went to New York University Tisch School of the Arts and studied at the American School Foundation of Monterrey. She then auditioned for and was selected, in 2009, for the Collaborative Arts Project 21 (CAP21) which is a part of the Tisch School of the Arts at New York University (NYU).

How was the Career of Melissa Barrera?

What is Melissa Barrera's Net Worth?

Melissa Barrera is a renowned actress who has made her role in the telenovelas Siempre tuya Acapulco (2013), Tanto amor (2015), and the Netflix-produced series Club de Cuervos (2017). Appearing in films and TV series, she has accumulated a net worth of $2 Million as of 2022. Her annual salary is around $500K-$1 Million at present. She is living a lavish lifestyle at present.

Who is Melissa Barrera's Husband?

Melissa Barrera is a married woman. She married happily to her husband, Paco Zazueta, a Mexican singer. The couple officially got married in February 2019. Firstly, the couple met on the sets of the reality show, ‘La Academia in 2011 and started dating at the end of the same year. The couple does not have any children together. Her sexual orietnation is straight. 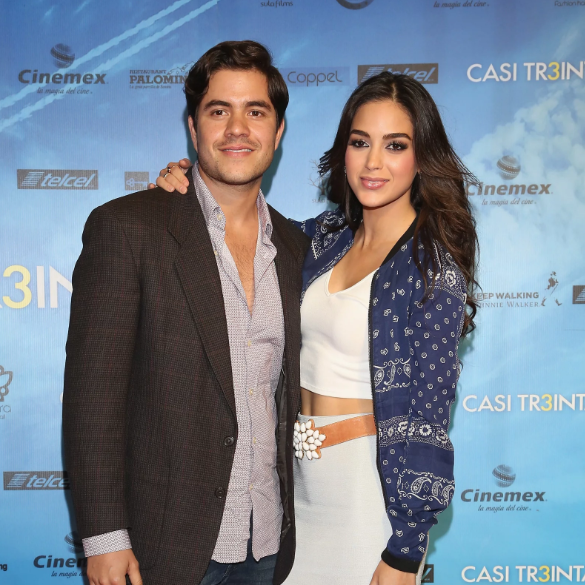 Melissa Barrera stands at the height of 5 feet 7 inches or 1.70 m. Her body weight consists of around 55 Kg or 121 lbs. Her body measurement is 35-25-35 in. She has beautiful fair skin with brown colored hair and eyes of the same color. She has an affable smile and a lean physique. Her eyebrows are arched. She has long hair. Her body type is slim. She has got a healthy body as of now.

Trivias About Melissa Barrera You Need To Know.