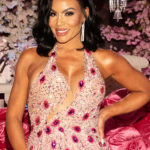 Mia Thornton is a well-recognized American reality television personality as well as an entrepreneur. She began her career working as a Clinic Director for Massage Envy Spas, and next on, she became an owner of the franchise. She is a regional developer for franchises of "The Joint Chiropractic". She is also the proud owner and CEO of the Amilleon London Cosmetic Line which sells luxury cosmetics that are clean and cruelty-free. In addition, Amilleon London sells a variety of candles. In 2021, she joined the cast of "The Real Housewives of Potomac" from where she gained huge public attention.

What is Mia Thornton Famous For?

What Nationality is Mia Thornton?

Mia Thornton took birth on the 25th of November in the year 1984. She is from Churchton, Maryland, the USA. Her birth name is Mia Nicole Fields. Her zodiac sign is Sagittarius and her religion is Christianity. She celebrated her 37th birthday as of 2021. She holds American nationality and her ethnicity is American-Black.

About her parents, she was adopted by Daryl Lynem (father) and Robin Elaine Lynem (mother). At the age of six, she was put into foster care by her biological mother as her parents were recovering addicts. She grew up with her three siblings named Candis Lynem, Daryl Lynem, and Brianna Lynem.

When it comes to her educational background, she attended Southeastern Institute from where she earned a degree in Neuromuscular Massage Therapy. 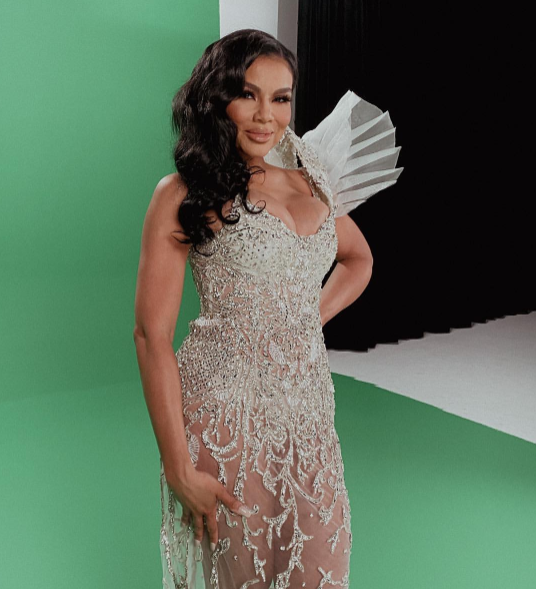 Who is Mia Thornton married to?

Mia Thornton is a married woman. She tied a knot with her handsome husband, Gordin Thornton in the year 2012. By profession, Gordin is a businessman as well as the owner of several McDonald's franchises and is the founder and CEO of Giselle Executive Management DBA and Thornton Investment GR. In 2007, the duo started dating each other whereas they met each other in 2003.  They are also the proud parents of three children namely Jeremiah, Joshua, and Juliana. She also has a 4th child (daughter) namely Sasha from her previous marriage. Her sexual orientation is straight. Despite their age difference of 32 years, the duo is living a happy life at present. 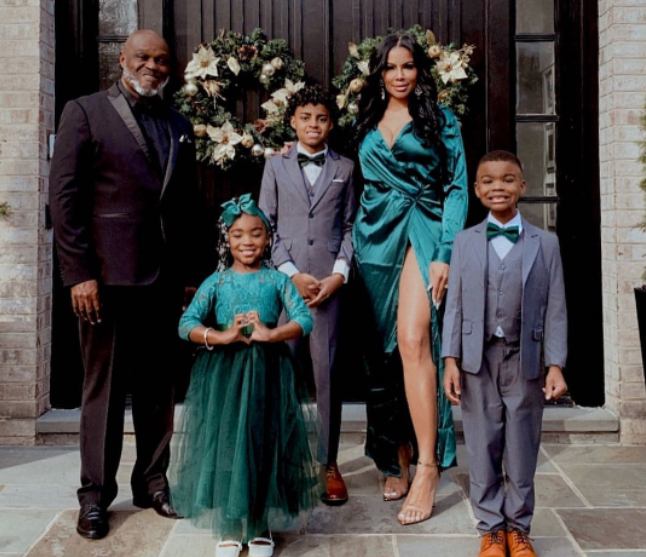 How much is Mia Thornton Net Worth?

Mia Thornton is a talented TV personality whose net worth is estimated to have $5 million as of 2022. Her main source of wealth is from her entertainment career through her appearance in RHOP and her entrepreneurial career. Her salary details and career earnings have not been disclosed yet. Only the fact is known that the salary for franchise owners of Massage Envy Spas is estimated at $100,000 annually, and regional developers make an average annual salary of $80,000. Her appearance on the RHOP is around $80K per episode. On the contrary, her husband, Gordon Thornton's net worth is believed to have $100 million. As of today, she is satisfied with her earnings and she is living a standard lifestyle.

How tall is Mia Thornton?

Mia stands at the height of 5 feet 6 inches and her well-maintained body weight measures 57 Kg or 125.5 lbs. Her body measurement is 38-26-37 inches. She has a pair of dark brown eyes and her eye color is also the same. She has raised eyebrows with fuller lips. She frequently does exercise to maintain her body.