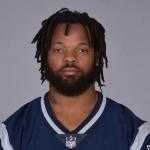 Beyond being a three-time pro bowl defensive end, Michael Bennett is admired for winning Super Bowl XLVII with the Seattle Seahawks. Interestingly, this Pro Bowl Defensive MVP of 2015 went under drafted in 2009. He currently plays for Philadelphia Eagles where he hopes to replicate his past success in the NFL. let's learn more about him through this article.

Where is Michael Bennett born?

Recalling his early life, Michael Bennett was born as Micheal Bennett Jr. in Independence, Louisiana although he was raised in Houston, Texas. He is of American nationality and belongs to Afro-American ethnicity. The information about his parents is yet to be disclosed and he has four siblings.

regarding his education, He went to Alief Taylor High School where he began to start playing football and basketball. Later, he enrolled at Texas A&M University and graduated from there.

When did Michael Bennett begin to playing football?

Is Michael Bennett married or not?

Reflecting on her personal life, Michael is married to his high school sweetheart Pele Bennett. He has been dating Pele ever since he meets her at Alief Taylor High School at the young age of 14. The pair went on to exchange vows in 2012 at a wedding ceremony held in Hawaii.

Together, the couple has three daughters; Peyton, Blake, and Ollie. They all contribute to the Bennett Family Foundation which is run by their parents. The foundation advocates healthy living practices such as gardening and growing your food which Pele does in their family backyard.

How much net worth does Michael Bennett own?

As per online sites, Micheal has an estimated net of $28 million as of 2019 which he has earned through endorsement deals and his various contracts in the NFL. His average annual salary at just over $7.125 million.

How tall is Michael Bennett?

Observing his body statistics, Michael stands a height of 6 feet 4 inches and weighs around 124 Kg. He has a pair of brown eyes and black hair. Similarly, he has an athletic body build and his other body information is yet to be disclosed. In the case of disclosed, we will let you know.