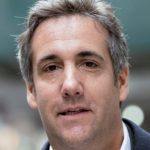 The American Attorney who worked as a lawyer for U.S. President Donald Trump is Michael Dean Cohen who is popularly known as Michael Cohen. He is a convicted felon who is sentenced to three years in prison charged with different accounts of financial violations including payments made during the 2016 presidential campaign to two women who claimed to have had affairs with Trump. Previously, he was also the vice-president of the Trump Organization and served as co-president of Trump entertainment. He is also the board member of the Eric Trump Foundation.

The Federal Judge sentenced Cohen to three years in prison on Wednesday on the different counts involving financial violations during the presidential campaigns. Prosecutors alleged him for paying two women illegally to keep quiet with the intention to influence the election. Prosecutors also claimed that Cohen did so in coordination with the individual 1, directed at the 45th President of the United States, Donald Trump.

Donald Trump has defended himself via a series of Tweets stating that he was not involved in any illegal payments made by his former lawyer, Michael Cohen, during the 2016 Presidential campaigns. He also claimed that he never asked Cohen to work against the law. He wrote, " I never directed Michael Cohen to break the law. He is a lawyer and he is supposed to know the law. It is called 'advice of counsel', and a lawyer has great liability if a mistake is made".

He also defended that other campaign finance lawyers claimed that the president is clear of any financial allegations. He claimed that Cohen was found guilty on other charges that were not related to the President. He also claimed that Cohen tried to embarrass the  President so as to reduce his sentence.

Michael Cohen is born on 25 August 1966 on Long Island, New York, the U.S. His horoscope is Virgo. His mother was a nurse and father was a surgeon. He grew up in the town of Lawrence on Long Island. He follows the Jewish religion. He attended Lawrence Woodmere Academy. In 1988 he received BA from American University.

Michael Cohen height is 1.85 m and weight is around 70 kg. he has black color hair and his eyes are of brown color. He has a balanced and healthy body.

In 1992 he worked for Melvyn Estrin in Manhattan in New York. He was an attorney in private practice in 2003. He was also the business partner in the taxi business. He was a lawyer in 2006 at the law firm Philips Nizer LLP. He worked for the firm before taking a job in The Trump Organization. He became the close confidant to Donald Trump. He was named in COO of MMA promotion Affliction Entertainment in 2008.

Michael Cohen voted from Barack Obama in 2008 and volunteered for the 1988 presidential campaign of Michael Dukakis. He ran as a Republican for New York City Council from the Fourth Council District. He campaigned for a seat in New York State in 2010. On March 9, 2017, he officially was registered as Republican.

Michael Cohen was the co-founder of the National Diversity Coalition for Trump.

Michael Cohen was also known as Trump’s Pitbull. He was the executive at the Trump Organization. He co-founded the website “Should Trump run?” to draft Trump into entering the race.

Michael Cohen demanded that the article The Onion must be removed as it mocked Donald Trump with an apology by sending the email.

Michael Cohen gave the harsh response to the inquiry by reporter Tim Mark which concerned the rape allegations by Ivana Trump about her former husband Donald Trump.

Michael Cohen has always been as support to Donald Trump and he has always denied the allegations against him. He was appointed as a National Deputy Finance Chairman of the Republican National Committee on 3 April 2017. On behalf of Trump, he formed an alliance for legal and lobbying counsel. He was also the subject matter of Muller Investigation in 2018.

It was announced that Michael Cohen was no longer the lawyer of Donald Trump.

Michael Cohen is married. His wife name is Laura Shusterman who is Ukraine in 1994. They have a daughter whose name is Samantha Blake Cohen. Currently, she is attending the University of Pennsylvania.

Michael Cohen’s net worth is estimated to be $20 million. His salary is more than around $1 Million. His profession is an American Lawyer.

Trivias About Michael Cohen You Need To Know.