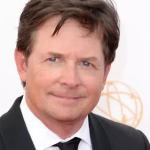 Michael J. Fox is a Canadian-American actor, author, comedian, film producer, as well as an activist. He made his debut TV show appearance on the adventure comedy series "The Beachcombers" in 1973. He made his theatrical film debut with the comedy film "Midnight Madness" in 1980 as Scott Larson.  H is famous for starring in the "Back to the Future" trilogy in which he portrayed Marty McFly. He appeared as Alex P. Keaton on the American sitcom "Family Ties" (1982-1989) and Mike Flaherty on the ABC sitcom "Spin City" (1996-2000). He has also worked as a voice-over actor in films such as "Stuart Little" and Disney's "Atlantis: The Lost Empire". He was diagnosed with Parkinson's disease in 1991 at age 29 and disclosed his condition to the public in 1998. He semi-retired from acting in 2000 as the symptoms of the disease worsened. He has since become an advocate for research toward finding a cure and founded the Michael J. Fox Foundation. As an author, he has written four books: "Lucky Man: A Memoir" (2002), "Always Looking Up: The Adventures of an Incurable Optimist" (2009), "A Funny Thing Happened on the Way to the Future: Twists and Turns and Lessons Learned" (2010), and "No Time Like the Future: An Optimist Considers Mortality (2020)". He was appointed an Officer of the Order of Canada in 2010 and was also inducted into Canada's Walk of Fame in 2000. His acting has earned him many nominations and has awarded him with multiple Primetime Emmy Awards, Golden Globe Awards, Screen Actors Guild Awards, and the most prestigious Grammy Award.

Michael J. Fox goes back to Back To The Future for Lil Nas X video

Rapper Lil Nas X is going back to the future with Michael J. Fox. Fox appears in a new time-traveling teaser video for the singer's upcoming song "Holiday." He appears in a trailer for the upcoming single, Holiday, which sees Nas arrive in the Wild West just as Santa Claus is thrown out of a saloon. In the clip, the hip-hop artist is known for the hit "Old Town Road" goes back in time on a horse to a Western town, replaces a drunk Santa, and blasts through a time portal on a sleigh. After he picks up Santa's hat, Nas discovers he's been chosen as "the new Santa" and must travel to the future. The clip ends with Fox, star of the Back of the Future film franchise, telling him: "Whatever you do, Nas, don’t go to 2020." 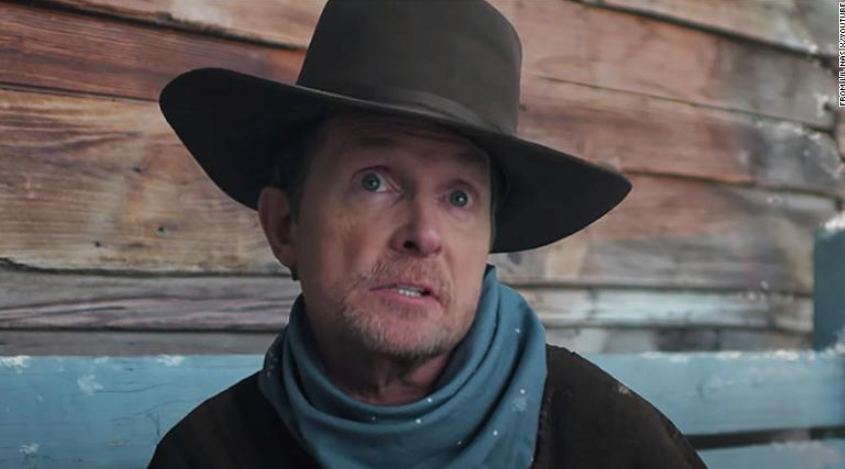 Everything You Need To Know About Lil Nas X

What is the Birthplace of Michael J. Fox?

Michael J. Fox was born on 9th June 1961. His place of birth is in Edmonton, Alberta, Canada. His full name/birth name is Michael Andrew Fox. He was born to his parents;  William Fox (father), a police officer, and Phyllis (nee Piper) (mother), an actress and payroll clerk. Talking about his siblings, he has four siblings named Kelli Fox (Younger Sister), a stage & television actress), Karen Fox (Sister), Jacki Fox (Sister), and Steven Fox (Brother). He holds both Canadian-American nationality. His ethnic background is mixed whereas his race is White. His Zodiac sign is Gemini and his religion is Judaism. He is of Irish, English, and Scottish descent. He celebrated his 59th birthday as of 2020. Concerning his education, he attended Burnaby Central Secondary School. He is graduated from Kansas State University. On 22nd May 2008, he received an honorary degree (Doctor of Laws) from the University of British Columbia.

How was the Career of Michael J. Fox's Career? 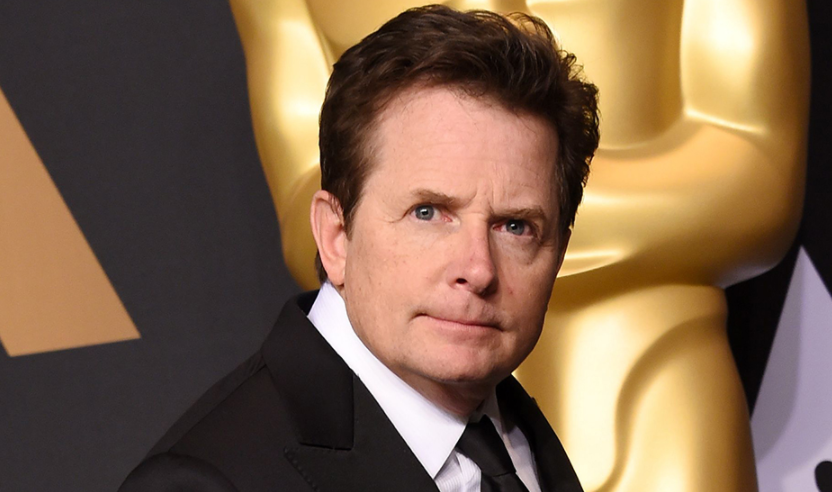 Michael J. Fox is an award-winning actor who has won five Primetime Emmy Awards, four Golden Globe Awards, a Grammy Award, and two Screen Actors Guild Awards. He won three Emmy awards for Family Ties in 1986, 1987, and 1988. He also won a Golden Globe Award in 1989. He won an Emmy award for Spin City in 2000, three Golden Globe Awards in 1998, 1999, and 2000, and two Screen Actors Guild Awards in 1999 and 2000. For his role in Rescue Me, he earned Emmy for Outstanding Guest Actor in a Drama Series. His more awards and achievements include:

Who is Michael J. Fox married to?

Reflecting on the marital status of Michael J. Fox, he is a married man. He is married to his longtime girlfriend turned wife, Tracy Pollan. On 16th July 1988, the lovebird got married at West Mountain Inn in Arlington, Vermont. The couple also shared four children/kids together named Sam Michael (son), twin daughters Aquinnah Kathleen and Schuyler Frances, and daughter Esme Annabelle. Michael met Tracy while working in the sitcom "Family Ties", where Tracy played the role of Michael's girlfriend on the show. After that, the duo next appeared together in the drama film "Bright Lights, Big City" in the year 1988. In 2008, the duo bought a 6-bedroom house in Quogue, New York for which they paid $6,300,000. Regarding his sexual orientation, he is straight and he is not gay. 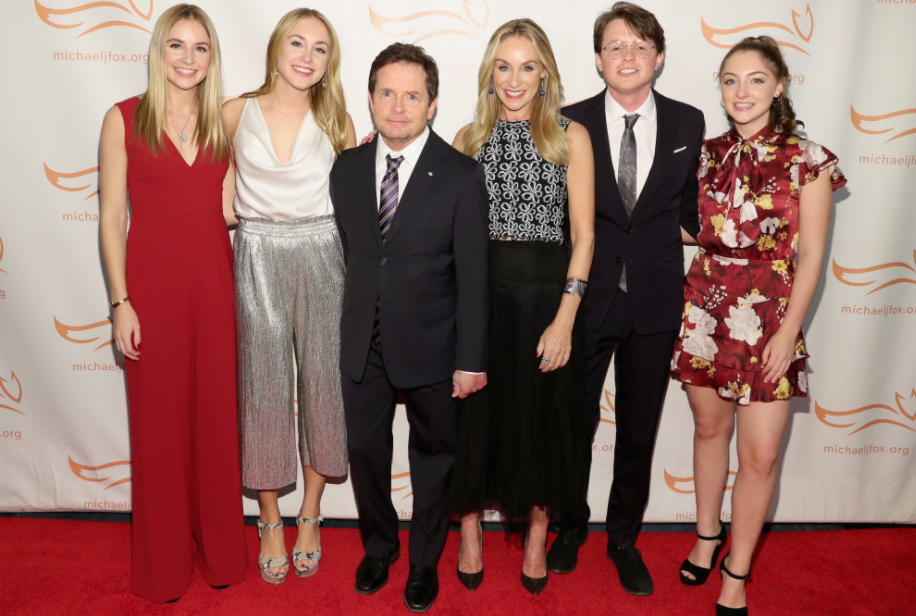 Back then, his name was linked with Rebecca De Mornay, Karla Michelle, Nancy McKeon, Sarah Jessica Parker, Kari Michaelsen, Jennifer Grey, and more. At present, there is no sign of divorce between him and his wife. They are living a happy life.

What is the Net Worth of Michael J. Fox?

Michael J. Fox is a well-renowned actor, comedian, author, film producer, as well as an activist who has made a tremendous amount of money and fame throughout his career span. Michael J. Fox's net worth is believed to have $65 Million as of 2020 as per sources. He made a salary of $250,000 starring in "Back to the Future". As of now, his exact salary and wealth are still to get disclosed yet but there is no doubt in the mind of his followers that he is making a considerable amount of salary from his present work. He has endorsed Nike Mags indirectly and has also campaigned for the nonprofitable purpose of promoting research on stem cells, thus advocating for the American politician Claire McCaskill (United states Senator; 2009 to 2019). His major source of income comes from his acting career.

How tall is Michael J. Fox?

At the age of 59, Michael J. Fox still looks very handsome and young like the age of twenty-five. He has got a very magnetic personality attracting a lot of people towards him. His body build is slim. He stands tall at the height of 5 ft 4 in or 163 cm with a bodyweight of 66 kg or 145.5 Pounds. His hair color is dark brown and he has a pair of light blue eyes. He strongly believes that exercise has therapeutic benefits for people with PD. He was diagnosed with Parkinson's disease in the year 1991 at age 29 and disclosed his condition to the public in the year 1998. He started displaying symptoms of early-onset Parkinson's disease in 1991 while shooting the movie Doc Hollywood and was diagnosed shortly after. He semi-retired from acting in 2000 as the symptoms of the disease worsened. After his diagnosis, he started drinking heavily and suffered from depression. At present, he has got a healthy body.