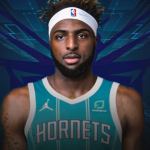 Mitchell Robinson is an American professional basketball player. He is currently playing for the New York Knicks of the National Basketball Association (NBA). His playing position is Center for his current team. He was drafted in the 2018 NBA Summer League by the New York Knicks with the 36th overall pick. He spent two years at Pine Forest High School and briefly transferred to Landry-Walker College and Career Preparatory High School in New Orleans. He then led Chalmette High School to their first state playoff win in 19 years as a junior. He joined the Dallas-based Nike Pro Skills on the AAU circuit in between his junior and senior years. As a senior at Chalmette, he averaged 25.7 points, 12.6 rebounds, and 6 blocked shots per game. Before beginning his professional career, Mitchell gained national coverage for withdrawing from his commitment to attend Western Kentucky University to instead dedicate the entire 2017–2018 season for training on his own, being the first player to make such a decision. His shirt number/jersey number is 23.

Mitchell Robinson will be available for the game between the New York Knicks and Brooklyn Nets alongside RJ Barrett on 30th November 2021. Both players had been listed as questionable for an illness, but will both play in the game.  The Knicks come into the game after defeating the Atlanta Hawks on Saturday night, and have an 11-9 record in their first 20 games of the season.  As for the Nets, they are 14-6, which is the best record in the east.

What is Mitchell Robinson Known For? 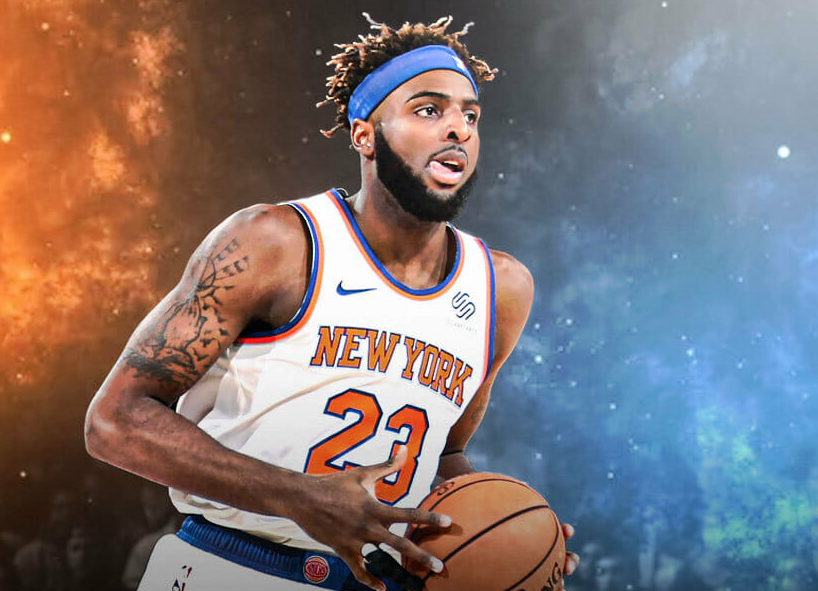 Where is Mitchell Robinson From? Details About His Real Name, Family, and Education

Mitchell Robinson was born on 1st April 1998 which makes him the present age of 23. His birth name/real name is Mitchell Robinson III. He is from Pensacola, Florida, the USA. He is American by nationality and his ethnicity is African-American. His race is black. His Zodiac sign falls under Aries and he follows the Christianity religion. He was born to his father and his mother, Lakesha Hall. Also, he has a sibling, a sister namely Sadie Robinson with whom he grew up.

About his education, Mitchell attended Pine Forest High School, and then he was transferred to Landry-Walker College and Career Preparatory High School in New Orleans as a sophomore. He first appeared in the summer league before his junior year for Chalmette High School. He led the Owls to their first state playoff win as a junior. He averaged 20.9 points, 13.6 rebounds, 8.1 blocks, and 2 steals per game. Moreover, he made the all-district, all-Metro, and all-State teams for his efforts. Robinson then joined Dallas-based Nike Pro Skills on the AAU circuit for the summer, winning individual honors in the Nike EYBL and leading Pro Skills to the season-ending Peach Jam. As a senior, he averaged 25.7 points, 12.6 rebounds, and 6 blocked shots per outing earning Trophy All-America honorable mention and MaxPreps All-America honorable mention status as well as USA Today All-USA Louisiana first-team honors and being named All-District, All-Metro, All-State, and the All-Metro Player of the Year from the New Orleans Advocate, as well as the St. Bernard Post Male Athlete of the Year for the parish. Furthermore, he led Chalmette to their first district championship in their own regular-season tournament. Also, he became the first Chalmette basketball player to be named a McDonald's All-American, and also played in the Jordan Brand Classic and the LHSBCA All-Star game. He tallied 14 points, three rebounds, and two blocked shots playing in the 2017 McDonald's All-American Boys Game. In addition, he also participated in the 2017 Jordan Brand Classic where he scored 15 points in 17 minutes of play while pulling down three rebounds. Initially, he committed to play college basketball at Texas A&M, but later, he attended Western Kentucky in July 2017. After practicing for two weeks, he was suspended for violating the ream rules. Due to this, he was granted a release to transfer and he took visits to Louisiana State University, the University of Kansas, and the University of New Orleans in August 2017. He returned to Western Kentucky a month after leaving campus on 27th August. On 18th September, he announced he would forgo college and prepare for the 2018 NBA draft. He was named one of 69 players who planned to participate in the NBA Draft Combine. 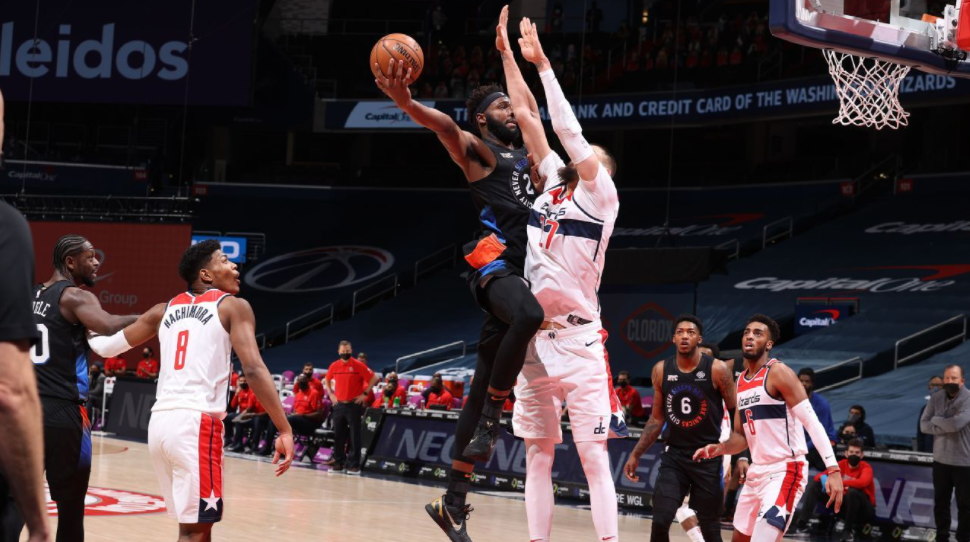 Who is Mitchell Robinson Girlfriend?

Mitchell Robinson Net Worth and Salary: How much is he making annually?

Mitchell Robinson is a professional basketballer who has accumulated a net worth of between in the range of $1 Million-$5 Million as of 2021. He is making an annual salary of $1.6 million from his current team i.e New York Knicks. His main source of income is from his basketball career. As per the source, he reportedly signed a four-year contract worth $6.5 Million on 8th July 2018. He has made career earnings of more than $3,000,000 from his entire NBA career. About his assets, he has a Silverado truck, Chevrolet car. He is living a standard lifestyle at present.

How tall is Mitchell Robinson?

Mitchell Robinson is a handsome basketball player whose body type is athletic. He is a talented youngster who took a peculiar path to his professional career for which he gained wide media attention. Moving towards his body measurements, his height measured 7 ft 0 in (2.13 m) without shoes, 7 ft 1 in (2.16 m) with shoes, and his weight consist of 240 lbs or 109 KG, with a 7 ft 4 in (2.24 m) wingspan and 9 ft 3 in (2.82 m) standing reach. Also, he has inked several tattoos on his body. His other body size is still to get unfolded yet. Mitchell has a pair of black eyes and his hair color is black-brown. He has got a healthy body.