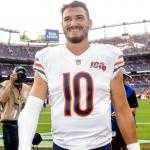 Mitchell David Trubisky, professionally known as Mitchell Trubisky is an American football player. He plays as a quarterback for the Chicago Bears of the National Football League (NFL). The Bears drafted him 2nd overall in the 2017 NFL Draft. He played college football at North Carolina. He won the Ohio Mr. Football Awards in 2012.

What is Mitchell Trubisky Famous For? 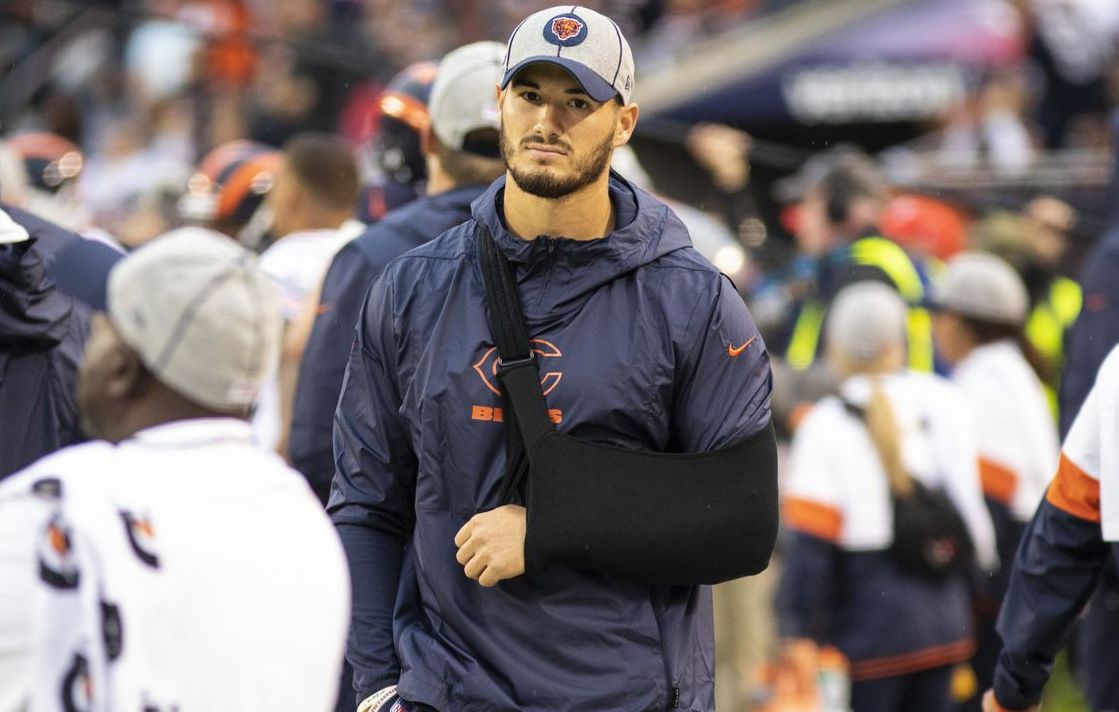 Where was Mitchell Trubisky Born?

Mitch Trubisky was born on 20 August 1994. His birth name is Mitchell David Trubisky. His birth place is in Mentor, Ohio in the United States. He holds American nationality. He was born to a father, Dave Trubisky, and a mother Jeanne Trubisky. He has two younger brothers, Manning and Mason. He belongs to White ethnicity.

He passed for 9,126 yards and 92 touchdowns and rushed for 1,559 career yards and 33 touchdowns during his high school career. He won the Ohio Mr. Football Awards in 2012. Upon graduating from high school, he committed to the University of North Carolina. 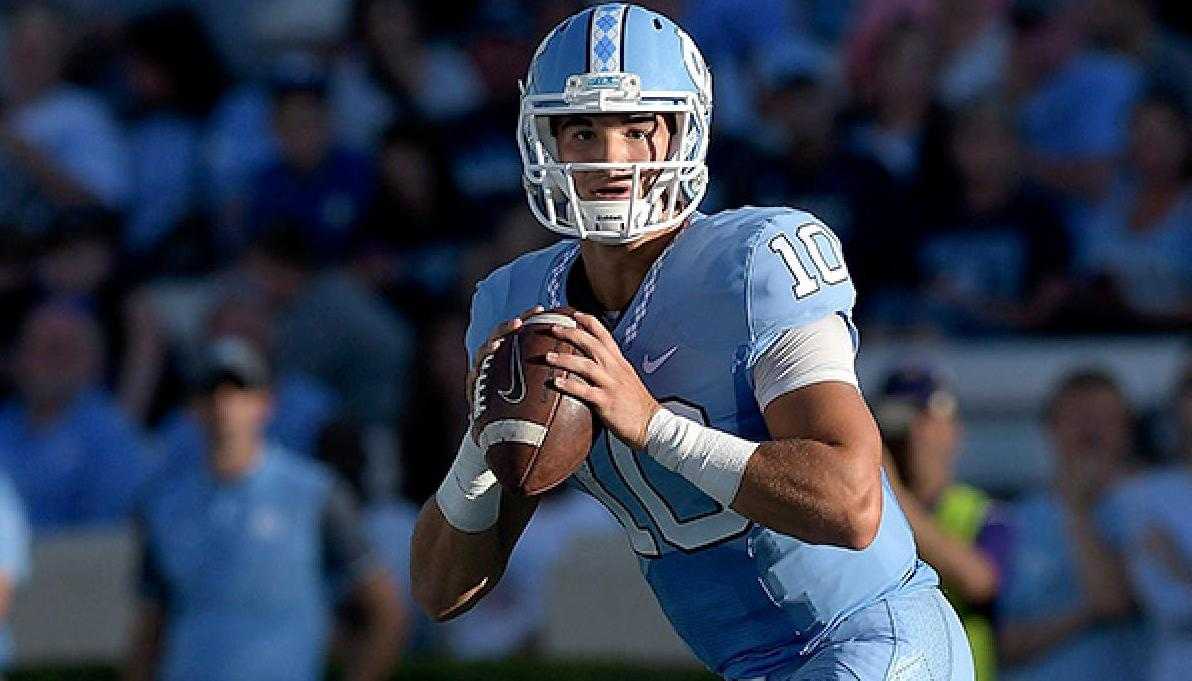 Trubisky redshirted for his true freshman year at North Carolina.

in 2014, he played in ten games as a backup quarterback.

He appeared in the North Carolina's bowl game at the end of the season against the Rutgers Scarlet Knights.

He was once again the backup quarterback in the 2015 season.

He became the starting quarterback as a junior in 2016.

He was named to the third-team All-ACC.

He forgo his senior season to enter the 2017 NFL Draft. 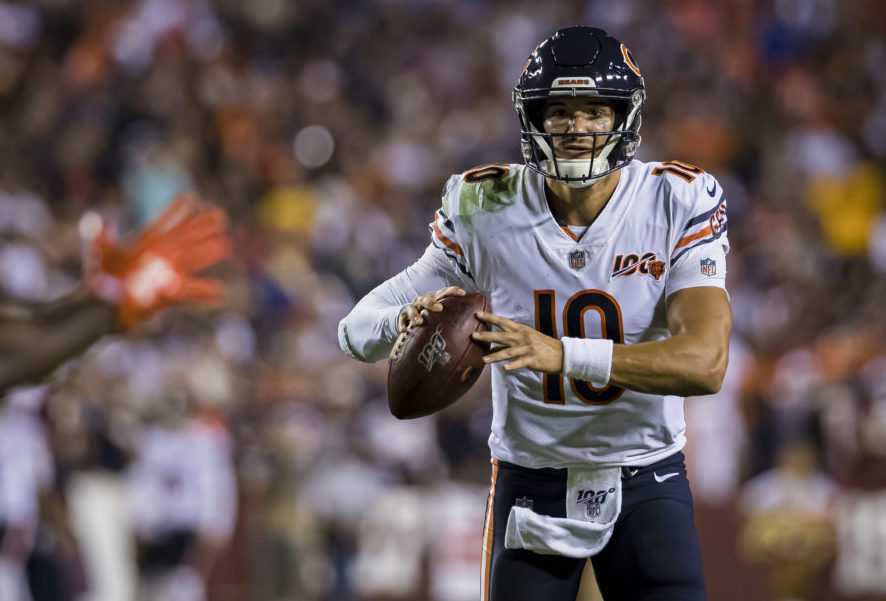 The Chicago Bears drafted him 2nd overall in the 2017 NFL Draft.

He made a strong start with the Bears in the preseason. Despite his impressive performance, he was named the backup to Mike Glennon to start the 2017 regular season.

He made his start for the Bears against the Minnesota Vikings on 9 October 2017. He completed 12 of 25 passes for 128 yards, 1 touchdown, and 1 interception.

He finished his rookie season completing 196 of 330 passes for 2,193 yards, 7 touchdowns, and 7 interceptions. He also rushed for 248 yards and 2 touchdowns.

He was named to the 2019 Pro Bowl, making him the first Bears quarterback since Jim McMahon in 1986. 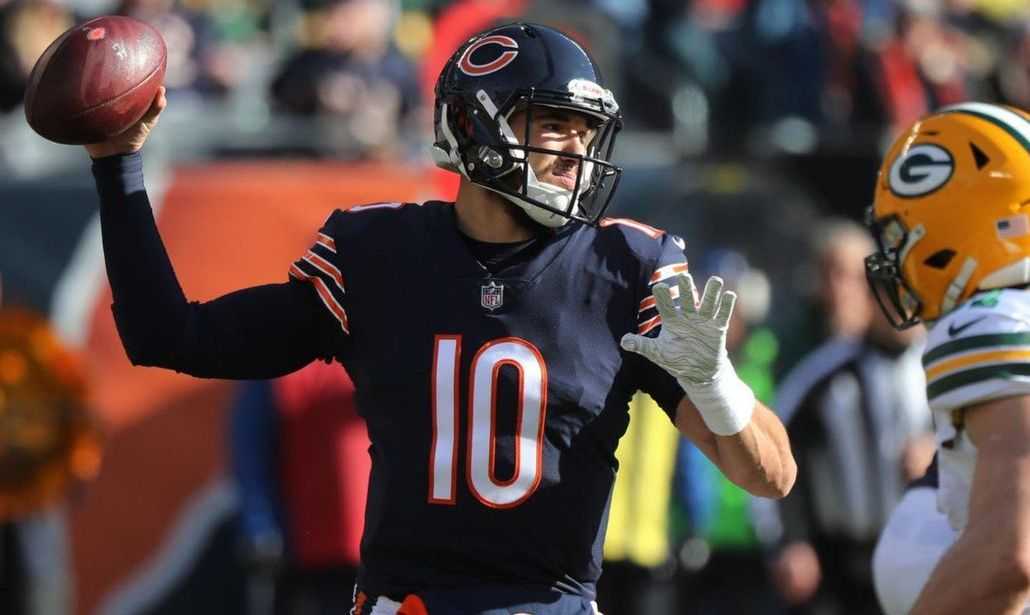 Who is Mitchell Trubisky Dating?

Mitchell Trubisky is unmarried but not single. He is currently dating Hillary Gallagher. Gallagher is studying marketing degree at Florida State. Trubisky made their relationship official in May 2019.

He has over 291k followers on his Instagram@mtrubisky10. 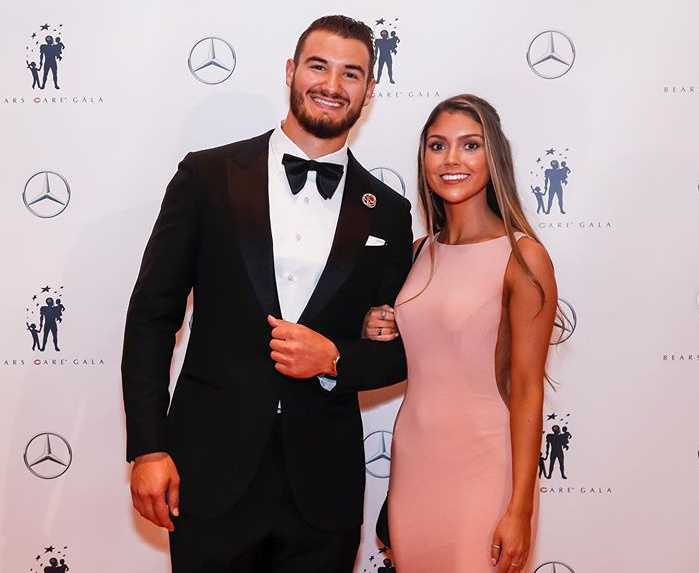 What are Mitchell Trubisky Body Measurements?

Mitchell Trubisky stands at a height of 1.88 m i.e. 6 feet and 2 inches tall. He has a body weight of 215 lbs i.e. 98 kg. He has an athletic body build. He has dark brown eyes and his hair color is also dark brown. 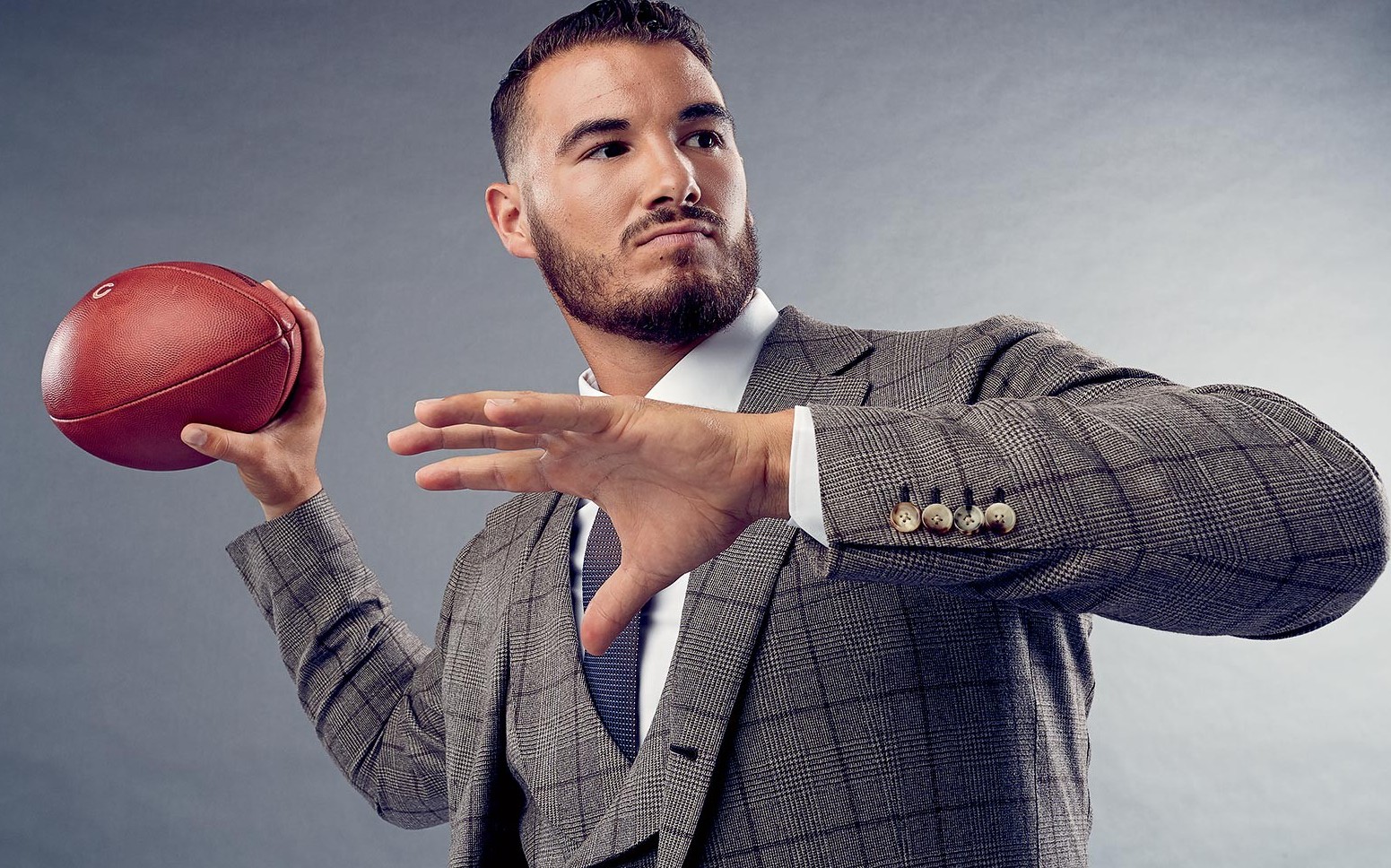 What is Mitchell Trubisky Net Worth?

Mitchell Trubisky earns from his professional football career. His income comes from salary, bonuses, contracts, and endorsements. The Bears drafted him 2nd overall in the 2017 NFL Draft. His annual salary is reported at around $7 million. His net worth is estimated at $15 million.

Trivias About Mitchell Trubisky You Need To Know.