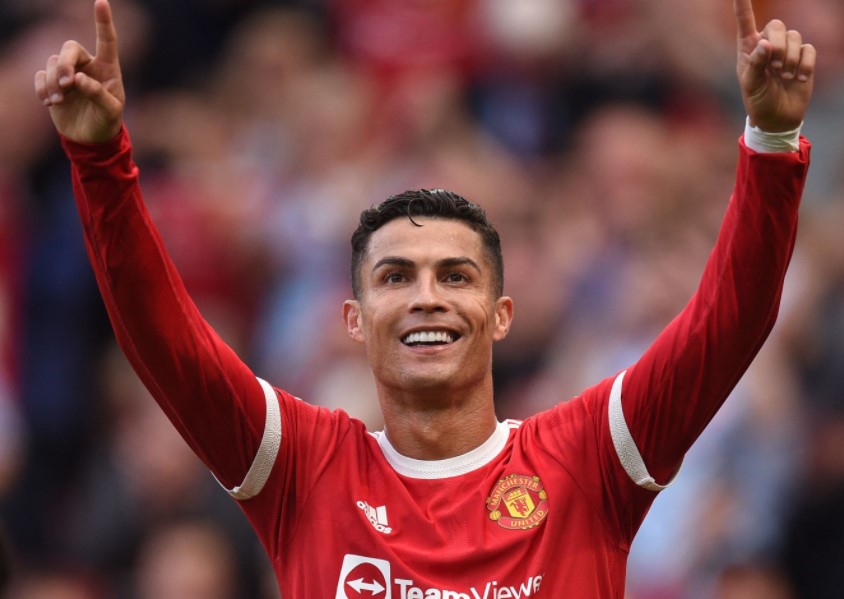 Social media is a powerful tool at present. More people in the world are connected to social media in either way. Whether it's Twitter, Facebook, or Instagram, social media platforms are the fastest medium to break any news, share one's opinion, or showcase their personality. Among them, Instagram is one of the popular social media platforms where popular celebrities get to connect to their fans and followers. Fans get to keep the track of their favorite celebrities regularly. Celebrities mostly from the entertainment industry or sports industry have gathered hundreds of millions of followers on Instagram. Though it is not important how many followers they have, it is interesting to learn the numbers of followers on the social media handles. Here is the list of the 10 most followed celebrities on Instagram in 2021.

Five-time Ballon d'Or winner Portuguese star, Cristiano Ronaldo is the most followed Instagram personality in the world at present. The only footballer to score over 800 goals, Cristiano Ronaldo currently plays for the English club Manchester United, where he returned in 2021. Thanks to his fans all across the world, he has achieved much success in his professional career. Cr7 is quite active on Instagram. He frequently takes it to Instagram to celebrate memories, personal life, and his football career. He is one of the most influential brand endorses. Along with his endorsement deals with several top brands in the world, he also promotes his own CR7 on Instagram.

Argentina forward Lionel Messi who currently plays for the Ligue 1 club, PSG is often dubbed as the best footballer of all time. Lionel Messi is the second most-followed Instagram personality, behind his fan-dubbed rival Cristiano Ronaldo. The record seven-time Ballon d'Or winner Messi is the most successful footballer in terms of his professional career accolades, having won numerous club trophies with his former club, Barcelona. Messi is also quite active on Instagram, where he frequently shares about his football career, celebrations, and personal life.

He currently has over 288 million followers on Instagram @leomessi.

Kylie Jenner, the world's youngest self-made billionaire is one of the popular social media influencers. Jenner became a billionaire at the age of 21 mostly through her business ventures in the fashion industry, the majority of her fortune comes from her cosmetic company, Kylie Cosmetics. Also a reality star appearing on E! reality series, Keeping Up with the Kardashians alongside her family, Kylie has several other business ventures. Thanks to social media, which has helped her business reach across the world.

Dwayne Johnson a.k.a The Rock is one of the successful entertainers in the world. Regarded as one of the greatest professional wrestlers of all time, he is a 10-time world champion. Alongside his wrestling carer, he pursued acting and has starred in lead roles in numerous films including the Fast & Furious film series and Jumanji film series. Retired from wrestling, he is now a full-time actor and is one of the highest-grossing and highest-paid actors in the world.

Two-time Grammy Award winner, Ariana Grande is one of the most influential personalities in the world. Having risen to fame from her role as Cat Valentine in the Nickelodeon series, Victorious, she later went on to become one of the most successful singers in the world. The pop star has released 6 studio albums to date.

She is quite active on Instagram. She currently sits at number 5 on the list of most-followed Instagram with 280 million followers @arianagrande. She is the most followed music personality in the world.

Selena Gomez is another pop icon who is one of the most influential people in the world. Gomez started her career as a child actress and made her breakthrough with her role as Alex Russo in the Disney Channel series, Wizards of Waverly Place. She has starred in numerous movies and tv shows to date. The Grammy-nominated singer has released three studio albums and her first number-one song is "Love You to Lose Me".

Kim Kardashian, one of the popular Kardashians is a successful media personality, model, and businesswoman. Kim first gained media attention as a friend and stylist of supermodel Paris Hilton. She received more attention following her sex tape scandal with Ray J in 2002. Today, she is one of the successful models and businesswomen. Kim stars alongside her family in the E! reality series, Keeping Up with the Kardashians. Formerly married to rapper Kanye West, they are currently separated and share 4 children together. She has business ventures in the fashion industry.

Canadian singer Justin Bieber is a global pop star. His 2010 song "Baby" garnered him global stardom overnight. The single is one of the highest certified singles of all time which established him as a teen idol. The two-time Grammy winner Bieber has sold over 150 million records worldwide. He is one of the most influential people in the world.

He has over 208 million followers on Instagram @justinbieber. He is the highest-followed male musician in the world.

Supermodel Kendall Jenner is another Keeping Up with the Kardashians star who is successful in her career. Having started her modeling career at the age of 14, she is one of the most successful models at present. She rose to fame alongside her sisters with the reality show, Keeping Up with the Kardashians. She has already worked with high-profile fashion designers and walked top runways. She is signed to represent several brands and has appeared in several advertisements, editorials, and magazine covers. She is one of the highest-paid models in the world.

She has over 203 million followers on Instagram @kendalljenner. She is the third Kardashian-Jenner family member to make the top 10 most-followed Instagram personalities.