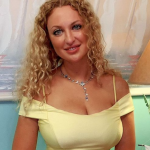 Natalie Mordovtseva is a Ukrainian TV personality and model who is best known for her appearance on TLC's popular reality television show, "90 Days Fiance". She gained popularity for her love relationship with Mike Youngquist together with whom she appeared together on the sixth season of the show back then.

During the show, it was clear that the couple hadn't support from Mike's mother, even so, despite that fact, the couple got married in April 2020 but their marriage didn't last long which Natalie confirmed herself on April 27, 2021, by sharing a link on Instagram Stories. Amidst all the chaos of the couple's relationship, they appeared together on season 8 of "90 Day Fiance's Tell-All special" in 2021, so it's still not clear if the couple is back together or not.

If so, Natalie will be starring in the next season of "90 Days Fiance: The Single Life". Alongside Natalie's appearance on the reality show, she has modeled for years in Ukraine and the US as well. Her upgrowing popularity also has earned her a healthy fan following on her social media sites with over 184k followers on Instagram: @nataliemordovtseva, over 1k followers on Twitter: @nataliemordovts. 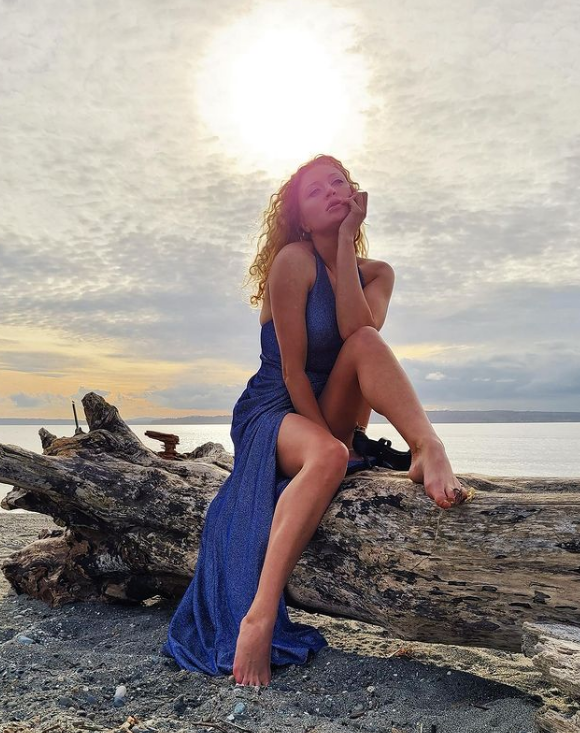 What is Natalie Mordovtseva Famous for?

What nationality is Natalie from '90 day fiance'?

Natalie Mordovtseva was born in the year 1986 in the city of Kyiv, Ukraine. Her birth name is Natalie Mordovtseva. Her nationality is Ukrainian. Mordovtseva belongs to the White ethnicity. Born and raised in her hometown, Natalie had an interest in modeling since her childhood that she got her graduation earning a Bachelor's degree in journalism.

What does Natalie from '90 days fiance' do for a living?

Natalie Mordovtseva started her career in the entertainment field when she made her debut as one of the couples to enter the world of the reality show, "90 Days Fiance" in its sixth season.

She appeared alongside her then-boyfriend Mike Youngquist on the show which earned both of them much attention and popularity. The couple themselves belonging from different countries never let anything come in between them.

However, it didn't last long when Mike's mother, Trish began to have problems with Natalie as Trish even called her "a hooker". They then starred in Season 7 of the show, which featured the couple getting to know each other better during one of Mike's trips to Ukraine while they were waiting for her K-1 visa to be approved.

Their love story was not ordinary at all as they went through a lot especially Natalie.

Almost a year later, she again appeared on the eighth season of the show where she was seen alongside Mike however, their relationship hasn't been smooth as much as it seemed to. There has been a whole lot of possibility that Natalie will be starring in the next season of "90 Days Fiance: The Single Life".

Besides, her Instagram account is full of her modeling photographs and also her cooking clips as well.

Are Maike and Natalie married?

Natalie Mordovtseva's dating life story is quite interesting and attention-grabbing as she being a Ukrainian fell in love with an American guy without even meeting each other in person. They came in contact with each other for the first time through their mutual friend after which they started chatting on social media.

Mike even visited Ukraine to meet Natalie after which she traveled to the United States on an Okay-1 visa. Upon arrival, the couple began to know more about each other testing which they gave a try to appear in the "90 Days Fiance" show.

Along with each episode of the show, the couple went through a number of challenges especially Natalie as Mike's mother didn't like her. Despite everything, the couple tied the knot in Clallam County, Washington on April 15, 2020.

However, issues turned to deteriorate the relationship of the couple as season eight of 90 Day Fiance revealed vivid particulars on the connection of Natalie and Mike.

It was all illusionist until Natalie posted a photo of herself cuddling up to Mike with a caption that read, "This is how we spend our time together" in June 2020. But just two months later in August 2020, she deleted almost all of her photographs with Mike on Instagram and around that same time, Mike deleted an account and created a new one.

This left a clear impression on their fans to think that the couple isn't together anymore. Later, Natalie herself appeared to confirm her split from Mike on April 27, 2021, by sharing a link on Instagram Stories asking her followers to vote her onto the cover of Maxim magazine.

What is Natalie Mordovtseva worth?

Natalie Mordovtseva has quite good earnings from her professional career as a TV personality and actress. Her appearance on the show, "90 Days Fiance", surely has earned her some good fortune which can be ascertained as per her Instagram posts. She even had her own YouTube channel where she posted videos of her cooking. Her net worth is somehow estimated to be around $300k.

Natalie Mordovtseva is a gorgeous lady with a well-maintained hourglass body physique in her late-30s. She stands tall with a height of 5ft. 6inch. while her body weighs around 58kg. She has her own bold personality which can be created through her body features, her short blonde hair, and sparkling blue eyes.