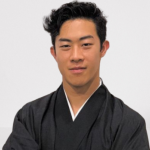 What is Nathan Chen famous for?

Nathan Chen was born on 5th May 1999 in Salt Lake City, Utah, U.S. His birth name is Nathan Wei Chen. He holds an American nationality and belongs to the Asian (Chinese) ethnicity. His birth sign is Taurus. Despite his parent's Buddhist faith, he practices Christianity.

Nathan was born into a middle-class family. His father Zhidong Chen is a medical research scientist who received his Ph.D. in Pharmaceutics & Pharmaceutical Chemistry from the University of Utah. Her mother Hetty Wang works as a medical interpreter for Mandarin Chinese for hospitals. Nathan's parents immigrated from Tianjin, China, to the United States in 1988.

Chen attended West High School in Salt Lake City and Rim of the World High School in Lake Arrowhead, California, and graduated from California Connections Academy. Then he enrolled at Yale University in the fall of 2018, majoring in Statistics and Data Science.

Who is Nathan Chen dating?

Nathan Chen is currently single. Since there is no report or proof about who the 22-year-old American is dating, we have nothing to believe but that he is single. However, a couple of years ago he was dating his fellow skater Amber Glenn.

Both the skaters started dating as teenagers and the pictures of them spending together were available on their Instagram accounts and internet sites. Sadly, their relationship didn’t go long and by the start of 2017, there were no further posts about each other from their social media accounts.

There are some speculations about the Japanese figure skater Mai Mihara being Nathan’s girlfriend though, but it’s likely to be a mere rumor since there is no solid proof of it.

As of February 2022, the net worth of Nathan Chen is estimated to be the US $2.5 million. He made his huge fortune through his successful skating career. He received a whopping $868,000 as a prize after winning 2018, 2019, and 2021 World Figure Skating Championships: in total, the prize money becomes 2.6 million from three events.

Forbes estimates Chen has earned at least $1 million in guaranteed payments from his sponsors in the 12 months leading up to the 2022 Olympics.

Nathan Chen is 5 ft 6 inches tall and his body weight is around 62 Kg. He has an Athletic build body. He looks handsome in his short hairstyle that is black in color. He has a pair of black eyes. As a Figure skater, Valieva regularly does single-leg deadlift/balance, Jump squats or jump lunges, star jumps, Skipping, and Rotation jumps to improve her figure skating power.