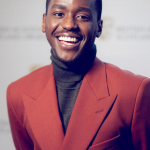 Ncuti Gatwa is a Rwandan-born Scottish actor who is best known for having been cast as Eric Effiong in the Netflix original comedy teen drama series, "Sex Education". His role in the series won him several awards including the 2020 Newport Beach Film Festival award for "Breakthrough Honouree", 2020 Broadcasting Press Guild Award for "Best Breakthrough", and the 2020 Royal Television Society Award for "Comedy Performance (Male)". He made his first TV show appearance as a Male Customer in an episode titled The Van on the comedy show, "Bob Servant", in December 2014. In 2019, Ncuti Gatwa made his theatrical film debut as Timidius in the historical comedy film, "Horrible Histories: The Movie – Rotten Romans". In 2022, he was announced as the fourteenth incarnation of the Doctor on the BBC series "Doctor Who", making him the first black actor to headline the series.

What is Ncuti Gatwa Famous For?

Where is Ncuti Gatwa From?

Born on October 15, 1992, Ncuti Gatwa is from Nyarugenge, Kigali, Rwanda. His nationality is British-Rwandan and his ethnicity is Mixed. Whereas his race is black. Libra is his Zodiac sign and he is a follower of the Christianity religion. His present age is 29 as of 2021. His born name is Mizero Ncuti Gatwa.

Ncuti was born to his father, Tharcisse Gatwa, and his mother. His father was from Rwanda's Karongi District, is a journalist with a Ph.D. in theology. His family escaped from Rwanda during the Rwandan genocide in 1994 and settled in Scotland. They later lived in Edinburgh and Dunfermline where Ncuti spent his early life. There are no details about his siblings. Thus, it is assumed that he is a single child born to his parents.

Regarding his education, he attended Boroughmuir High School and Dunfermline High School initially. After that, he went to the Royal Conservative of Scotland in Glasgow and studied drama. From there, he graduated with a Bachelor of Arts in Acting in the year 2013. 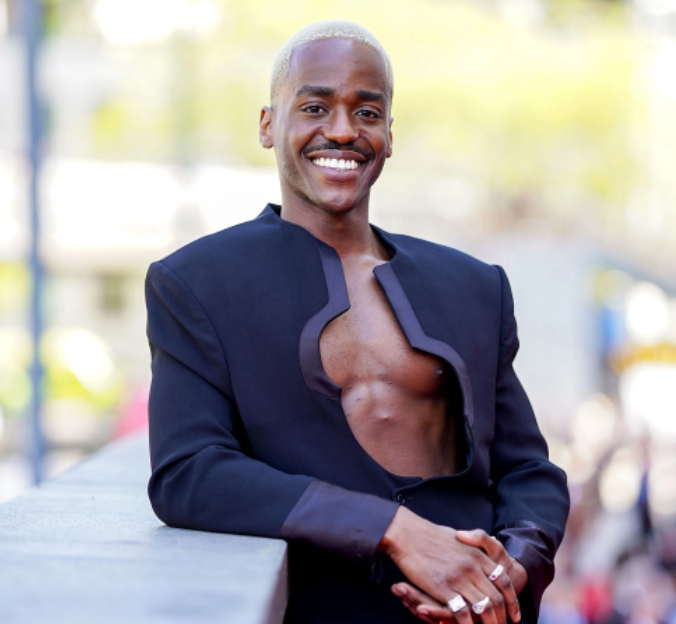 Doctor Who: Ncuti Gatwa announced as the new Doctor

Actor Ncuti Gatwa will take over from Jodie Whittaker as the star of Doctor Who. The 29-year-old will become the 14th Time Lord on the popular science fiction show, and the first person of color to play the lead role. He told "It feels really amazing. It's a true honour. This role is an institution and it's so iconic." Speaking on the red carpet before Sunday's Bafta TV Awards, where he was nominated for Sex Education, Gatwa said the role of the Doctor "means a lot to so many people, including myself". He added: "I feel very grateful to have had the baton handed over and I'm going to try to do my best." He will make his debut as the Time Lord in 2023.

Who is Ncuti Gatwa Girlfriend?

Ncuti Gatwa is not married and also, he is not dating anyone at present. He is currently single and he is also a very secretive man when it comes to his personal life. Further, he has also not been seen being cozy with other celebrities and ladies. He is enjoying his single life happily. His sexual orientation is straight and he is not gay.

How much is Ncuti Gatwa Net Worth?

Ncuti Gatwa is an actor by profession whose net worth is estimated to have $150K as of 2022. He is an aspiring actor and has appeared only in a number of movies and TV series. His appearance as Eric Effiong on the Netflix comedy-drama series "Sex Education" made him quite famous in the film industry. From the series, he made around $30K per episode. His exact current salary is still to get unveiled yet. His main source of wealth is form the entertainment industry. He is living a modest lifestyle.

How tall is Ncuti Gatwa?

Ncuti Gatwa is a cool man with a slim body type. He stands at the perfect height of 5 feet 9 inches or 175 cm. His body weight consists of 70 Kg or 154.5 lbs. His hair color and eye color, both is dark brown. He has deep-set eyes and very short hair. His charming smile and glowing face attract a lot of people towards him. He has got a healthy body and he maintains his body a lot by doing frequent exercise. He is conscious of his food intake. His other body measurement is still to get disclosed yet.

Trivias About Ncuti Gatwa You Need To Know.