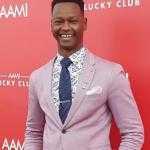 Nelly Yoa is an Australian motivational speaker, professional football player, and youth ambassador at Afri-Aus care who made a grand entrance at the court on 13th June 2019.

What is Nelly Yoa famous for?

-Famous as an Australian motivational speaker and football player. 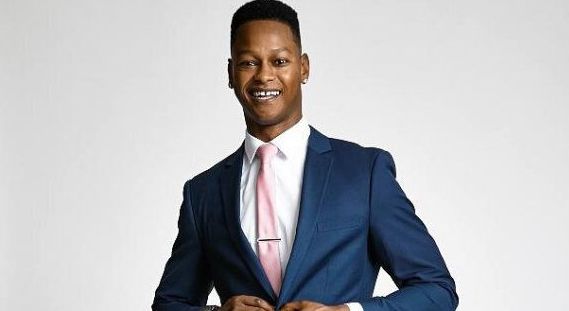 The self-proclaimed personality, Nelly Yoa made a grand entrance at the Melbourne Magistrates' Court on Thursday, June 13, 2019, for his perjury sentence. Yoa appeared wearing a pink coat in his white Rolls-Royce, and he was followed by some private security guards as well.

In February 2019 Yoa made an appeal for false claims saying that a woman threatened him with a knife and attacked him. This gained huge attention towards him. Also, he was one of the victims of the Machete attack suffered in 2011. He also had to spend seven months to recover from an ACL(Anterior Cruciate Ligament) surgery.

When was Nelly Yoa born?

Nelly Yoa was born on 28th June 1988 in EI Rank, Sudan. His birth name is Nelly Yoa. He is a Sudanese refugee in Australia. His ethnicity is South Sudanese. Cancer is his zodiac sign.

He was born to a Sudanese family. He has no siblings. He was raised in his hometown, EI Rank. His family moved to Australia as a Sudanese refugee in 2003.

He did his schooling from Maranatha Christian School. He attended Westall Secondary College and Wellington Secondary college for his higher studies.

He was offered a basketball scholarship by National Collegiate Athletic Association(NCAA) in the US but he didn't accept it.

How is Nelly Yoa's Career?

- Nelly Yoa first started his career as a Soccer player and consistently joined "Melbourne Victory" and then he became able to mark his name as one of the strongest players in the Australian sport.

- However, Yoa left his career as a soccer player in 2011 after he got badly injured by the violent African street gang(Machete attack) at Victoria, Melbourne, Australia.

- Yoa worked hard to recover from his injury and attended a training session with the Collingwood reserve team during the VFL pre-season in 2017.

- Yoa works as the ambassador of Afri-Aus care and he actively supports the Youth through the Psychological Healing process.

Who is Nelly Yoa married to?

The Australian football player, Nelly Yoa is married to his girlfriend Mrs.Yoa. Nelly is the father of three daughters.

He has kept his personal life secret as a mysterious life story.

What is the net worth of Nelly Yoa?

Nelly Koa has an estimated net worth of around $5 million USD as of 2019.

How tall is Nelly Yoa?

His body measurement is 40-32-34 inches. His bicep size and shoe sizes are 14 inches and 9(US) respectively.