The 51-year-old comedian, radio personality and star of HBO's "Crashing", Artie Lange is back to the bar again. Lange is once again in police custody as he was reportedly arrested on Tuesday morning in Essex Country,

New Jersey for violating the terms of his drug rehabilitation program that stemmed from a 2017 arrest for heroin possession. 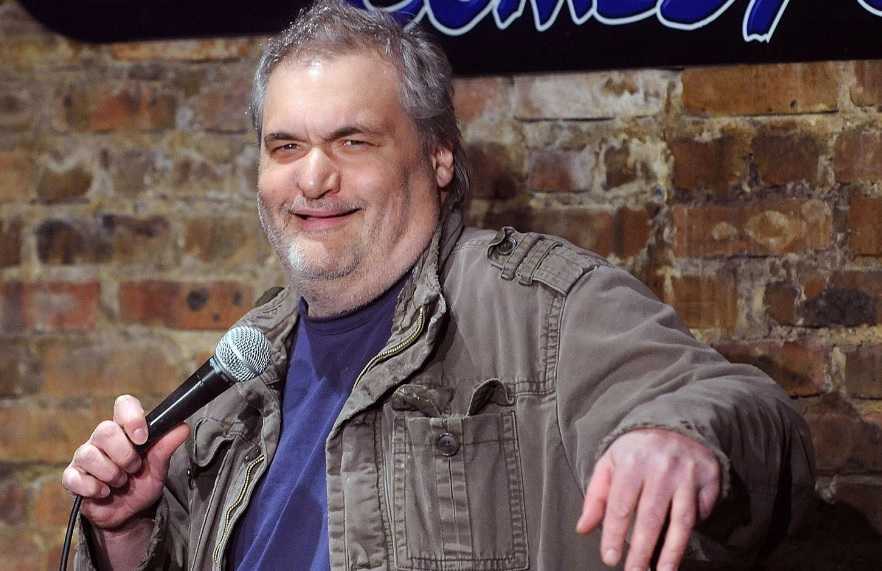 Who Is Artie Lange?

Why is  Artie Lange arrested?

At 7:42 a.m. Tuesday, May 21, 2019, Lange was arrested without incident at Freedom House, a halfway house and addiction treatment center, in Clinton, New Jersey where he resides as part of a court-ordered program.

Lange is currently being held at the Essex County Jail, New Jersey.

Katherine Carter, a spokesperson for the Essex County Prosecutor’s Office, said Lange was arrested "for failing to comply with the terms of his participation in the drug program."

Following his arrest, Lange was processed and expected to be held in the Essex County Correctional Facility until he can meet a judge for the re-evaluation of his case. The actor allegedly had his wits about him during the arrest and “appeared” sober, according to the Essex County Sheriff's Office.

After Lange failed to adhere to all instructions by a drug court judge, a warrant was issued for his arrest Monday, Lynch said.

Who is Artie Lange: A Comedian?

Artie Lange is a famous stand-up comedian and former radio co-host. Lange rose to prominence as a comedian when he was a cast member on "Mad TV".

Lange is best known for his work on "The Howard Stern Show", where he worked for almost 8 years as the host's sidekick.

More recently, he's been part of the cast of the HBO TV series named "Crashing."

Lange has earned an annual salary of $2 million from his TV shows which gives him a net worth of $6 million.

In addition, He has also struggled with substance abuse throughout his life. He's been vocal about his addiction. In December, he tweeted about using cocaine shortly after leaving rehab.

Has Lange Been Behind The Bar Before?

The former "Mad TV" star and Howard Stern sidekick has had been repeated run-ins with the law for drug possession. He has been publically grappling with his drug addiction for some years, but the most recent string of addiction began in mid-2018.

Lange was arrested before in around 2017 for possession of "heroin and drug paraphernalia". On June 1st, 2018 he was subsequently sentenced to four years in probation but he violated it after he was busted with possession of a controlled substance in New Jersey. He was released later that month.

Lange's camp had issued a statement on his official Twitter page, announcing the comedian had entered rehab in early November 2018.

On December 14, 2018, Lange tested positive for cocaine, and a variety of other drugs in a court-mandated test. However, Lange was able to evade jail time following the December trial.

The actor was yet again arrested for drug possession on January 31, 2019. Even in March, Lange was ordered to attend a six-month strict drug treatment program, which is what landed him at the Freedom House addiction treatment center.

Furthermore, Lange was even noticed near his home in Hoboken with a clear plastic bag with heroin on his lap in his Range Rover recently.

Does Lange show respect to his profession?

However, Lange respects his fan and has remained loyal to his profession as after he joined the rehab program he had some changes in his behavior as:

He was spotted a few days back at a New Jersey gas station where he was working as part of a rehab program. He told a fan that :

"I only have 10 more days, and then I’m satisfying the program, I think." He then promised to return to the comedy stage "soon."