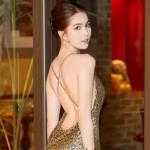 Ngoc Trinh is a Vietnamese Professional Model, Actress, Fashion Designer, Youtube personality and Instagram Star who is one of the highest paid models in Vietnam. She has also won Queen of the Bikini(2016) and has acted in the movie, "Vu Quy Dai Nao(2019)". She also became the Miss Vietnam Continent 2011.

What is Ngoc Trinh famous for?

- Famous as the professional Vietnamese model and fashion designer. 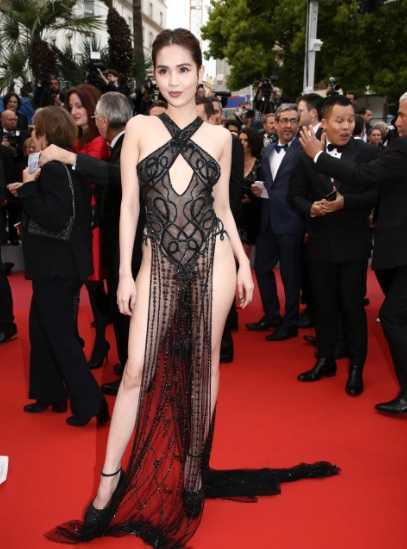 The beautiful and hot actress, Trinh came up to the headlines of news when she walked the "Cannes Red Carpet", wearing a daring semi-sheer thong body-suit in May 2019.

Vietnam's Minister of Culture, Sports and Tourism said that her dress was offensive and caused public outrage in the home country.

Vietnam levies cash penalties on people wearing too revealing clothing in public also Trinh could be heavily fined for wearing such offensive dress at the film festival.

When was Ngoc Trinh born?

Ngoc Trinh was born on 27th December 1989 in Cau Quan, Vietnam. Her birth name is Ngoc Trinh. Vietnamese is her nationality. Her ethnicity is Asian.

She was born to a poor family in Vietnam. Tran Tong is her father while her mother's name is unknown. She has two siblings: a brother Tran Hoang Dung and a sister Tran Ngoc Bich.

She was raised in Tra Vinh, Vietnam along with her siblings. She did her schooling from Private Elite High School. 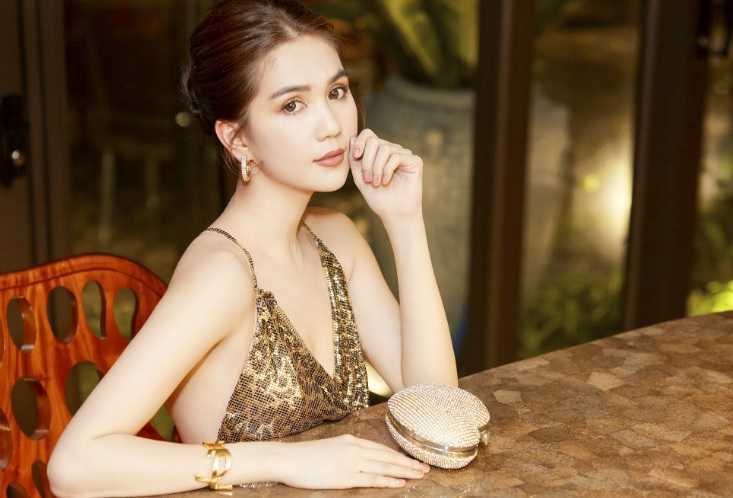 How is Ngoc Trinh's career?

- Trinh began her career as a model at a very young age after she met manager Khac Tiep. Trinh then joined "Vietnamese fashion village" at 15 years.

- In 2005, she was named with the title of "Photogenic Supermodel Vietnam". In 2011, Trinh came to the limelight after she won the Miss Vietnam contest.

- Then in 2014, she launched her own clothing line, "Ngoc Trihn". She additionally, has also created the ‘C & T’ fashion brand and a spa.

- In the 2016 Vietnam Television Awards, she won the Impressive MC award.

- Trinh is also a fab fashion designer and her designer suit was once worn by Victoria Beckham.

- On her official YouTube page, Trinh has more than 700 thousand subscribers. There, she posts videos on a regular basis.  Most of her videos are her reviews of make-ups.

Who is Ngoc Trinh dating?

Ngoc Trinh has kept her personal life secret, such that it is always far away from the public eye. Though she is not known much about her relationships, still she was rumored of dating Vukhactiep, CEO of Venus Entertainment.

What is the net worth of Ngoc Trinh?

Ngoc Trinh has an estimated net worth of $1.5 Billion US dollars.

Trinh is more famous for her fan following as she has more than 2 Million followers on her Instagram.

How tall is Ngoc Trinh?

The beautiful actress, Ngoc Trinh has a well maintained perfect slim body. She stands tall with a height of 5ft. 8inch.(1.73m). Se has a body weight of 40kg. She has a body measurement of  33-22-35 inches with her bra size of 32B and shoe size of 7UK.

Trinh has a fair complexion with dark brown eyes and brown hair.