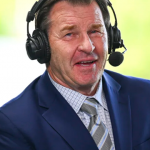 Nick Faldo is a retired British professional golfer as well as a television commentator. He was ranked No. 1 on the Official World Golf Ranking for a total of 97 weeks. He started playing golf professionally in 1976. He has a total of 41 professional wins. His professional tour wins include 30 “European tour” win, 9 “PGA Tour” win, and other wins. Nick Faldo is now known as Sir Nicholas Alexander Faldo, MBE. He was knighted in 2009 to honor his services to golf. He is the only British golf pro who can claim this in the modern era. Nick’s most famous caddie is Fanny Sunesson, the first female caddie to ever win a male major golf championship. She was with Nick throughout the 1990s after which she worked with a few other golfers.

Nick did rehire her at a later stage. In the year 2006, he became the lead golf analyst for CBS Sports. Nick announced on June 22 that this will be his final season covering golf alongside Jim Nantz for CBS Sports. In 2012, he joined the BBC Sport on-air team for coverage of the Open Championship. He is a respected player that claimed many golf wins in the 1980s and 1990s. He has retired from the game, but still keeps involved with the golfing world at large through other activities, including course design, TV work, and working with the next generation of golfers.

After 16 years of wearing the headset for the network, Sir Nick Faldo said goodbye from the booth during the final round of the 2022 Wyndham Championship at Sedgefield Country Club in Greensboro, North Carolina, on Sunday. The six-time major champion, who has a deep history at Sedgefield dating back to his PGA Tour debut at the 1979 Greater Greensboro Open, was honored with a plaque behind the ninth green on the club’s Wall of Fame where he joins the likes of Charlie Sifford and Arnold Palmer. “I blew it,” Faldo said as he teared up during his final segment on the broadcast before briefly collecting himself. “I was in a boat in Ireland, and they gave me a call and said, ‘How would you like to sit next to Jim Nantz?’ and I literally fell out the boat, I really did.

That was 2006, and here we are 16 years later.” “Thanks to all the crew,” he continued. “As I affectionately and respectfully call you the workers, they put the pictures out, we do the rattling, we have an easy job. Thank you all. “I’m a single child and I’ve found, at 65, three brothers Thank you,” he said in reference to Nantz, Ian Baker-Finch and Frank Nobilo, who joined him in the booth for the final round. “I’m ready.”

What is Nick Faldo Famous For?

What is Nick Faldo Nationality?

Nick Faldo was born on 18th July 1957 in Welwyn Garden City, England. His birth name is Nick Alexander Faldo. He holds British nationality and his ethnicity is British-White. His father is George Arthur Faldo and his mother is Joyce Smalley Faldo. His present age is 65 as of 2022. He started playing Golf at fourteen years old. He attended Sir Frederic Osborne School. Later, he was given a golf scholarship to the University of Houston. He attended for ten weeks, but he felt the distraction from going to school hurt his golf game. After that, he left the school. 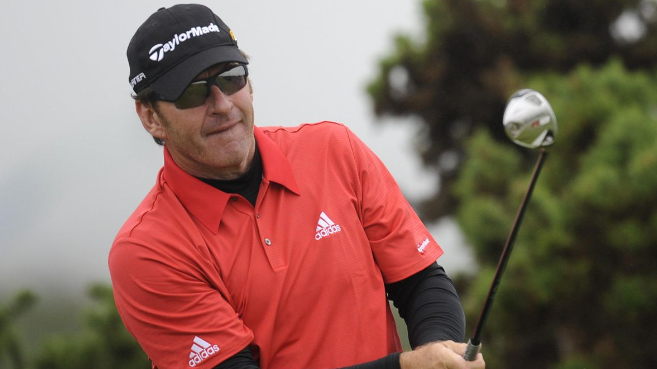 What is Nick Faldo Net Worth?

Nick Faldo is a veteran golfer who has made a huge fortune from his career as a golfer which is his main source of wealth. As of 2022, he has accumulated a net worth of $60 Million. As of January 2015, his career European Tour earnings are just over €8 million, and his U.S. PGA Tour earnings are over $5 million. His present salary is in around $1 Million at present. He once owned a 6-bedroom mansion in Surrey, which was listed for sale at £6.95 million. He also has a personal residence in The Club which is situated at Bella Collina, a private golf club community, in Montverde. His 3185ft² home near Ponte Vedra Beach was put up for sale as recently as January 2021. In 1991, Faldo launched his golf course design practice Faldo Design, which has designed or remodeled dozens of courses spread across several continents. Most recently, he designed a world-class course in San Miguel de Allende, México. Ventanas de San Miguel hosts an 18-hole par-70 course that was opened in late 2010.

The Sir Nick Faldo Signature Golf Course, Rumanza golf course, will represent the first-ever signature design in Pakistan, marking the 25thcountry hosting a Faldo Design project worldwide. His other business interests include coaching schools and pro shops. In 1996 he launched the Faldo Series to provide opportunities to young golfers, under the age of 21 from around the world, both male and female. Further, he established The Faldo Golf Institute in 1997. In 2007, Mercedes-Benz signed Faldo to act as a brand ambassador to promote the revival of the Maybach brand of ultra-luxury automobiles. He has written several golf instructional books as well. He is living a lavish lifestyle at present.

Who is Nick Faldo's Wife?

Nick Faldo is a married man. He tied a knot to his fourth wife, Lindsay De Marco in December 2020, in the Florida Keys, after their wedding at Kensington Palace had to be called off due to the COVID-19 pandemic. Today, the duo is enjoying their present life a lot. His sexual orietnation is straight and he is not gay. 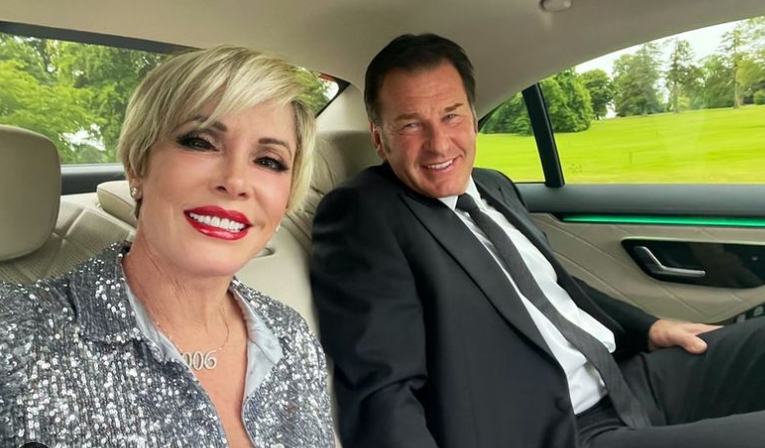 He met his first wife, Melanie Rockall when he was 21. They married in 1979 but separated less than five years later when she discovered he was having an affair with his manager's secretary, Gill Bennett. He later said of his relationship with Rockall: "We were happily married for eight months. Unfortunately, we were married for four-and-a-half years." Next, he married Bennett in 1986 and the couple had three children: Natalie, Matthew, and Georgia. The marriage ended in 1996 after Faldo began a relationship with 20-year-old American golfing student Brenna Cepelak.

His three-year affair with Cepelak ended when he met Valerie Bercher. His relationship with Bercher, a Swiss PR agent, began in 1998 when they met at the European Masters golf tournament. She left her fiancé Olivier Delaloye and married Faldo in July 2001 in a lavish ceremony at his Windsor home. They have a daughter Emma Scarlet (born in 2003). It was announced in May 2006 that Faldo had filed for divorce.

How tall is Nick Faldo?

Nick Faldo, at the age of 65, still looks very handsome. He stands at the height of 6 feet 3 inches or 1.91 m. His body weight consists of 88 kg. He has light brown hair and dark brown eyes. His body type is average. He has got a healthy body at present.

Trivias About Nick Faldo You Need To Know.