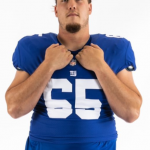 Nick Gates is an American NFL footballer who is playing for his current team, the New York Giants of the National Football League. His playing position is center. He has played at the center, tackle, and guard positions along the offensive line. He played college football in Nebraska. He then signed with the New York Giants on 11th May 2018 as an undrafted free agent. On 16th September 2021, he suffered a lower leg fracture in the first quarter of the Thursday Night Football game against the Washington Football Team. 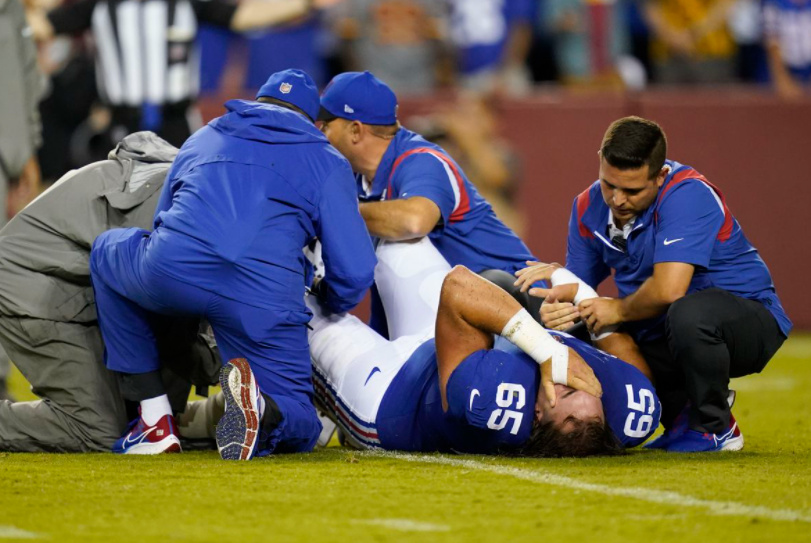 Where is Nick Gates From? Details About His Age, Family, Education

Nick Gates opened his eyes for the first time on 27th November 1995 which makes him the present age of 25 as of 2020. His place of birth is in Las Vegas, Nevada, the USA whereas his hometown is in Tulsa, Oklahoma. He holds American nationality and his ethnicity is American-White. Sagittarius is his Zodiac sign and his religion is Christian. He was born to his father, Ron Gates, and his mother, Carene Gates.

About his education, Gates attended Bishop Gorman High School in Las Vegas, Nevada where he played baseball and football in high school. At 6'4 and 270 pounds, he was ranked as a four-star recruit. He then committed to play football for the Nebraska Cornhuskers in January 2014. After redshirting as a freshman in the year 2014, he started 2015 at tackle on the offensive line. After his redshirt junior season in 2017, he declared for the 2018 NFL Draft. He played in 35 games for Nebraska in three years. 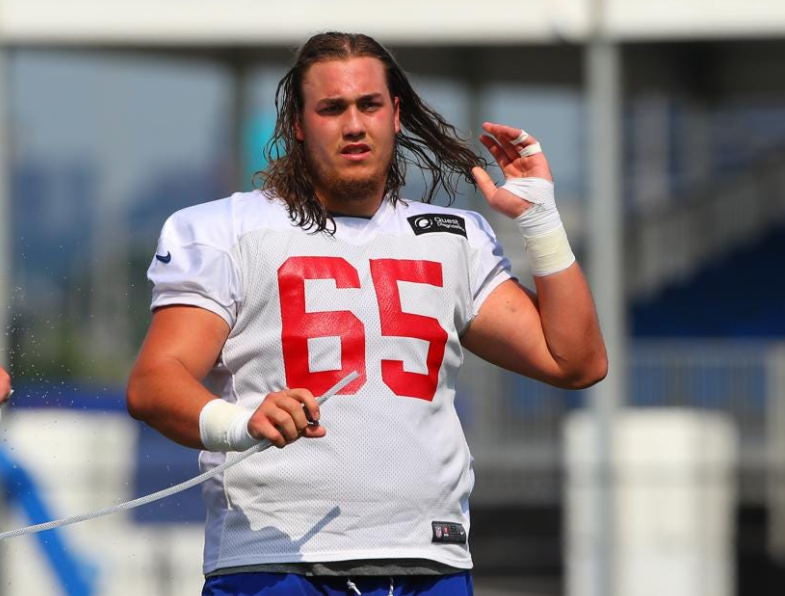 Nick Gates Girlfriend: Is He Married?

Nick Gates is not married yet and he is still to get married. He is assumed to be single at present. There is no news about his affairs, relationship, and dating history with anyone. He is currently building his career rather than being in a relationship. He is enjoying his present life happily without any disturbances. His sexual orientation is straight and he is not gay.

How much does Nick Gates make a year?

Nick Gates is an NFL football player who currently plays position G for New York Giants in the National Football League, the senior football league in the United States. His annual salary is $2,800,000 as of 2021, including a $500,000 signing bonus. His present net worth is between $3 Million-$5 Million. His main source of wealth comes from his football career and he is satisfied with his earnings. He is living a cool lifestyle as of today.

How tall is Nick Gates?

Nick Gates is a very handsome footballer whose body build is athletic. He stands tall at the perfect height of 1.96 m and his weight consist of 139 KG. His other body measurements such as biceps size, hip size, and more are still to get disclosed yet. Overall he has got a healthy body with a charming personality. He has a long brown hair color. He has a pair of brown eyes color.