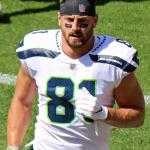 Nick Vannett is an American football player. He plays as a tight end for the Pittsburgh Steelers. Seattle Seahawks drafted him 94th overall in the 2016 NFL Draft. The Seahawks traded Vannett to the Steelers in September 2019. He played college football at Ohio State. He won CFP National Champion in 2015.

What is Nick Vannett Famous For? 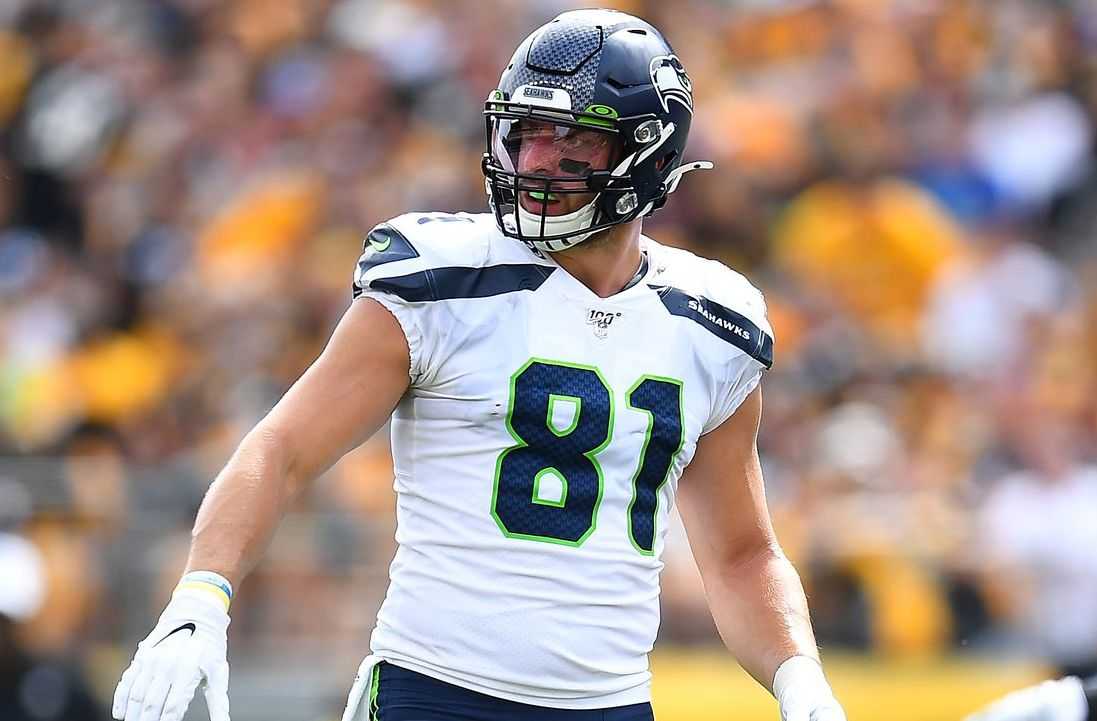 Where was Nick Vannett Born?

Nick Vannett was born on 6 March 1993. His birth place is in Westerville, Ohio in the United States. He holds American nationality. He was born to a father, Jim Vannett, and a mother, Carol Vannett.

He attended Westerville Central High School, where he started playing football. He earned all-metro, all-OCC, and all-district selections during his high school career. In his senior season, Vannett posted 47 receptions for 606 yards and 8 touchdowns. He graduated from high school in 2011. 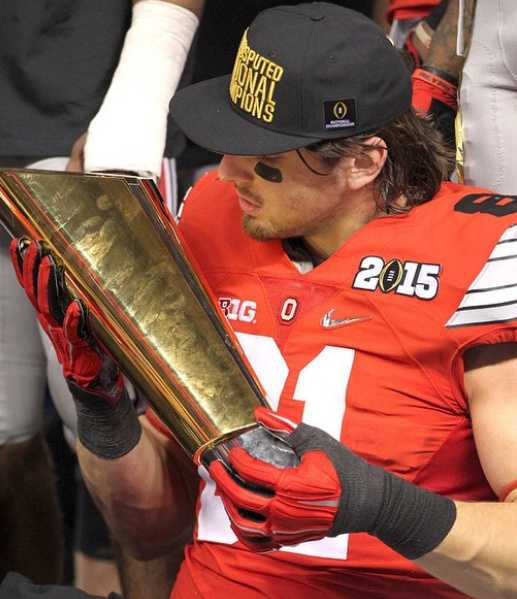 He played in the 2016 Senior Bowl for Jason Garrett's North team, where he caught 3 passes for 58-yards. 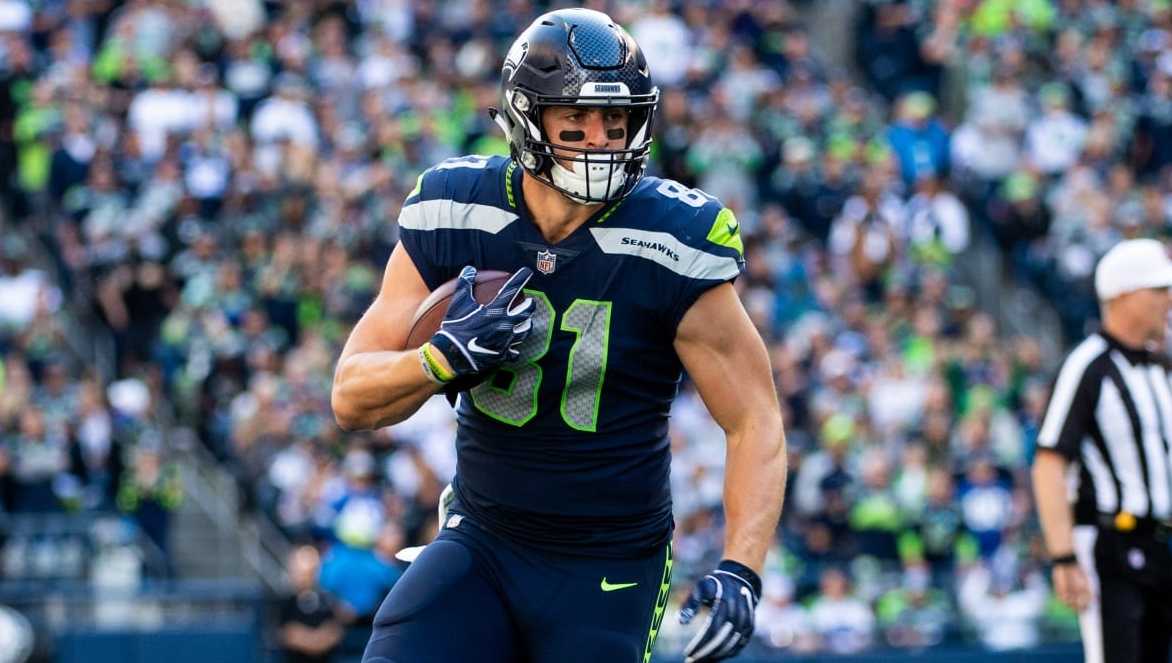 The Seattle Seahawks selected Vannett in the third round with 94th overall pick in the 2016 NFL Draft.

He signed a four-year rookie contract with the Seahawks in May 2016. His contract was worth $3.05 million that includes $656,880 signing bonus.

He was named the third tight end behind Jimmy Graham and Luke Wilson.

He made his NFL debut against the Atlanta Falcons on 16 October 2016.

He made his first career start against the Patriots.

He posted 3 receptions for 32 receiving yards in 9 games with two starts in his rookie season.

His first career touchdown came against the San Francisco 49ers on 26 November 2017.

The Seahawks traded Vannett to the Pittsburgh Steelers on 24 September 2019 for a 2020 fifth-round pick. 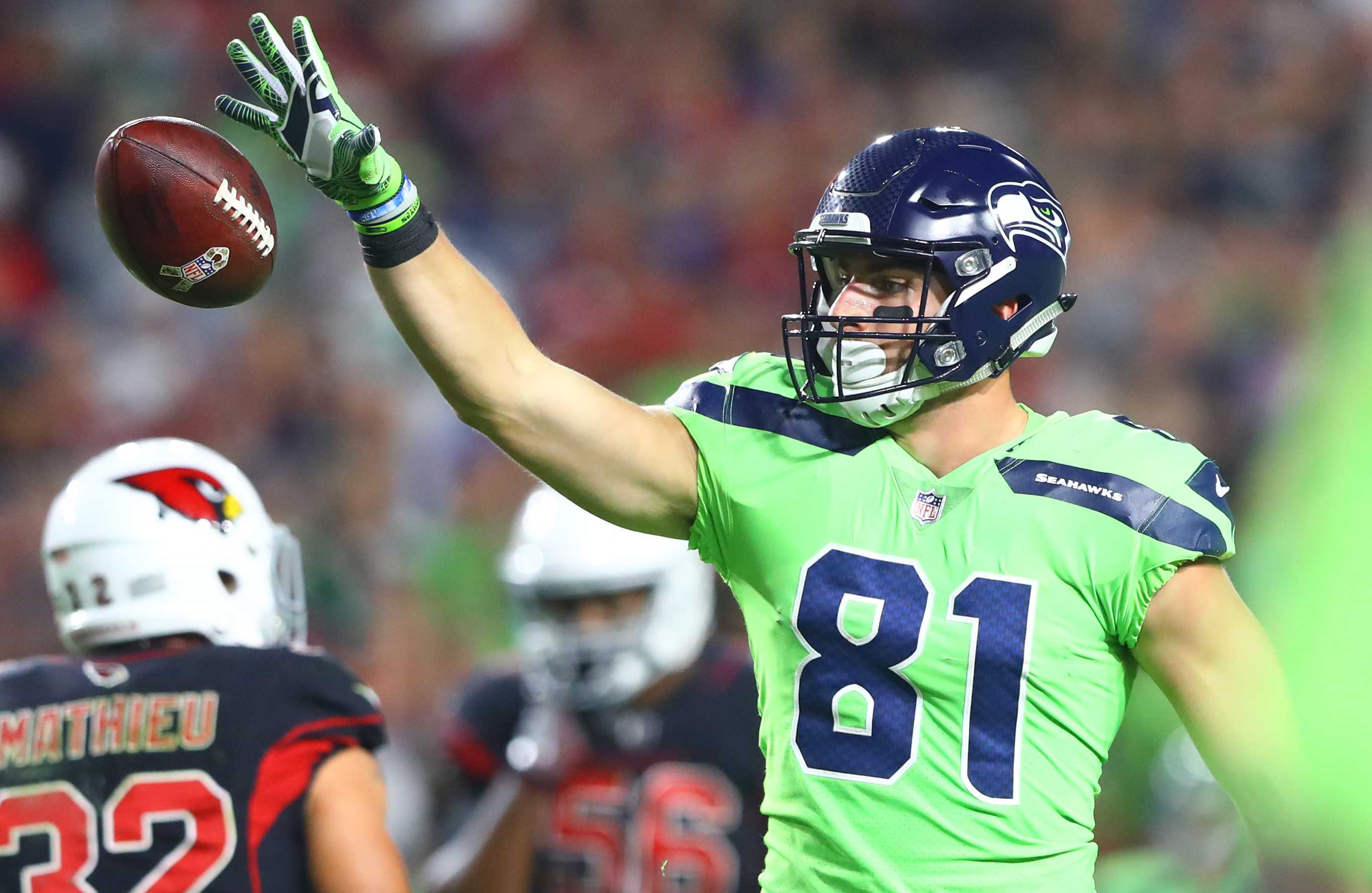 Who is Nick Vannett Dating?

Nick Vannett is unmarried but not single. He is dating 2011 Miss Idaho USA, Ezra Haliti. The couple first met at Ohio State. Information about when they started seeing each other is not available at present. Vannett frequently shares his couple pictures on his Instagram. He has over 66.3k followers on his Instagram@n_vannett81. 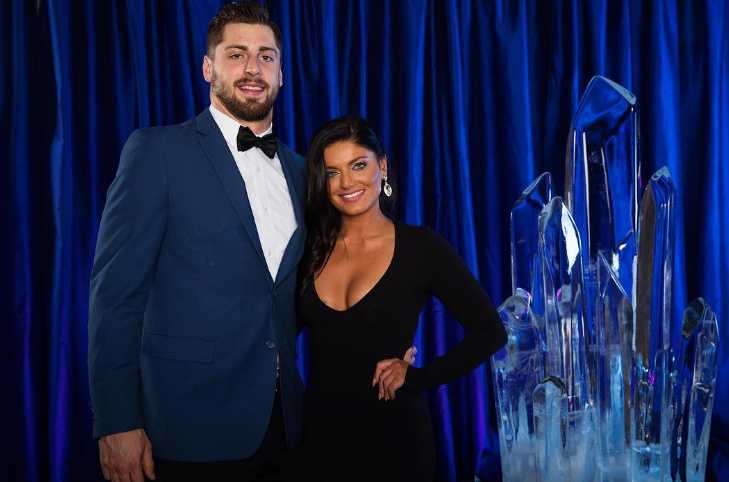 What are Nick Vannett body Measurements?

What is Nick Vannett Net Worth?

Nick Vannett earns from his professional football career. He currently plays for the Pittsburgh Steelers of the NFL. His income comes from, salary, contracts, and bonuses. His annual salary is reported at $764k. His net worth will be updated soon.

Trivias About Nick Vannett You Need To Know.