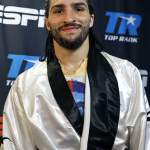 Nico Ali Walsh is an American boxer by profession. He is famous for being the grandson of legendary boxer, Muhammad Ali. He has just started his professional career and he has the ability to make a significant impact in boxing history. He made his professional debut on August 14th, 2021 where he won his debut match in professional boxing at Tulsa in Oklahoma, the USA on Saturday in a scheduled four-round middleweight bout. Nico Ali defeated Jordan Weeks, a former MMA fighter, in a middleweight bout at the Hard Rock Hotel and Casino. He was so effective with his punches that the match was stopped at 1:49 with him declared as the winner by TKO.  He is currently signed with Bob Arum, an American promoter who oversaw 27 of his grandfather’s matches. He also has 30 amateur fights under his belt before becoming a professional fighter. He has also signed a multi-fight contract with Top Rank Boxing, which is owned by famed promoter Bob Arum, as well as an Everlast endorsement deal. The first fight promoted by the Las Vegas-based boxing organization ‘Top Rank’ was Muhammad Ali’s fight against George Chuvalo in 1966. The same business that marketed Muhammad’s 27 fights has also secured a multi-fight promotional deal with Nico. He trained with well-known trainer Abel Sanchez. He also began working with SugarHill Steward, who trainers heavyweight champion Tyson Fury, after signing with Top Rank Boxing. His grandfather, Muhammad Ali inspired Nico Ali to pursue his career in the sport.

The grandson of the boxing great Muhammad Ali, Nico Ali Walsh, made a successful professional debut on Saturday in a scheduled four-round middleweight bout in Oklahoma. Ali Walsh had been fighting amateur but then signed with Top Rank, a locally headquartered promotional company to turn pro in the middleweight division. The 21-year-old took on Jordan Weeks, a former MMA fighter, at the Hard Rock Hotel and Casino, Tulsa in Oklahoma and the grandson of "The Greatest" recorded a TKO win. Nico Ali’s bout was promoted by Bob Arum, who famously organized Muhammad Ali fights. Arum, 89, first promoted an Ali fight in 1966 and organized another 27 of Ali’s fights between 1966 and 1978. One of those bouts was the memorable 'Thrilla in Manila' against Joe Frazer.

Why is Nico Ali Walsh so famous? 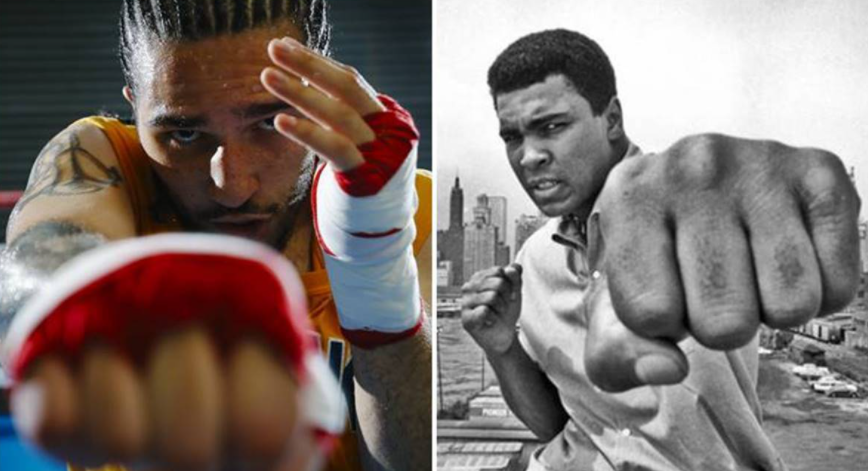 Who are the Parents of Nico Ali Walsh?

Nico Ali Walsh was born in the year 2001 which makes him the present age of 21. His birthplace is in Las Vegas, the USA. He holds American nationality and his ethnicity is Mixed. About his parents, he was born to his father, Robert Ali, and his mother, Rasheda Ali. He is the grandson of the greatest boxer, Muhammad Ali. His mother is a novelist and public speaker and his father is a retired US Marine Corps Sergent. His family comes from a variety of religious backgrounds. Robert is a Christian, while Rasheda is a Muslim. Additionally, he also has a sibling, a brother named Biaggio Ali Walsh. Biaggio is a professional football player and aspiring model from the United States who is well-known for his football skills as well as his social media stardom.  His grandfather, Muhammad Ali died on 3rd June 2016 at the age of 74 due to Parkinson's disease or spinal stenosis. His Zodiac sign falls under Gemini and he follows the Christianity religion.

Concerning his educational background, Nico went to Bishop Gorman High School. He then graduated from Lowa State University. He plans to pursue a Bachelor’s degree in Business. 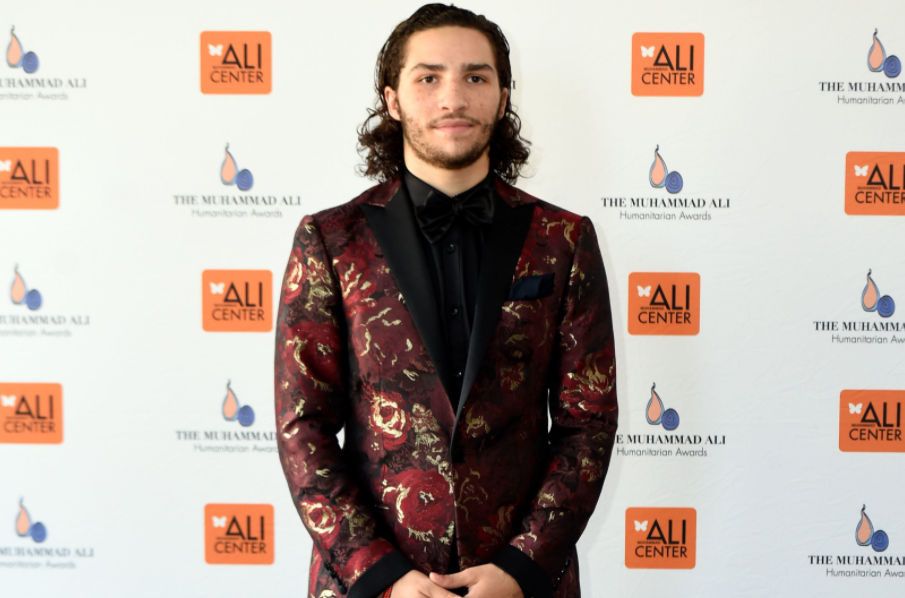 Who is Nico Ali Walsh Girlfriend?

Nico Ali Walsh is not married yet and he is still to get married but he is currently in a relationship. He is dating his beautiful girlfriend, Tavin Hays. He is currently residing in Chicago's South Side. Nico Ali Walsh and Tavin Hays began dating in the year 2016. They met in high school and have been together for five years. Tavin is currently enrolled at Lowa State University, and they both attended Bishop Gorman High School as well. The beautiful lovebird couple is enjoying their present life happily. His sexual orientation is straight and he is not gay.

What is the Net Worth of Nico Ali Walsh?

Nico Ali Walsh is an aspiring boxer who has just started his career. Thus, his present net worth is still to get disclosed yet but it can be assumed that his net worth is in the range between $500K-$1 Million as of 2021. His main source of wealth comes from his boxing career and he is satisfied with his earnings. His present salary is in thousands of dollars.

How tall is Nico Ali Walsh?

Nico Ali Walsh is a handsome boxer. He stands tall at the perfect height of 6 ft or 1.83 m. His balanced weight consists of 72 KG or 158 lbs. His hair color is black and he has a pair of brown eyes. His body type is athletic. His other body measurements ist illOverall, he has got a healthy body with an attractive personality.

Trivias About Nico Ali Walsh You Need To Know.