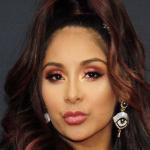 Nicole Polizzi, also known by her nickname Snooki, is a Chilean-American reality television personality who got recognition after being cast as one of the members on the MTV reality show, "Jersey Shore". The show was a breakthrough for Polizzi as since then she has gained much popularity and fame even starring in several shows including "Snooki & Jwoww" and "Jersey Shore: Family Vacation".

Apart from reality shows, she has appeared in numerous talk show appearances, web and television series, and even has hosted shows.

What is Nicole Polizzi Famous for? 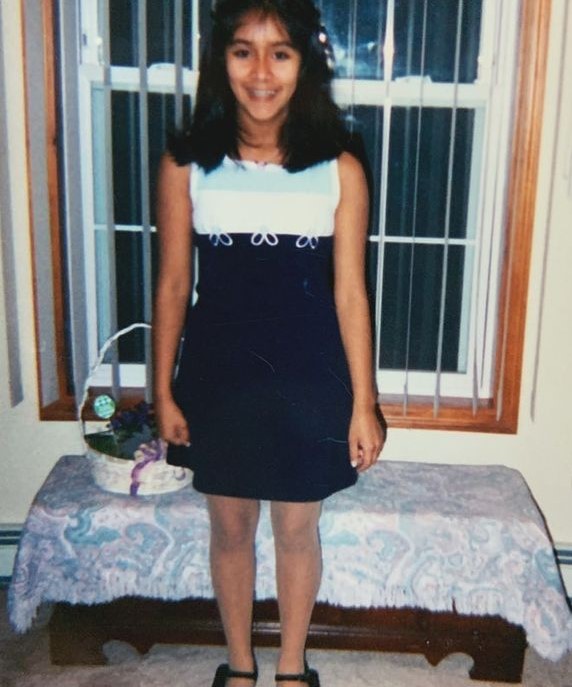 Where was Nicole Polizzi Born?

Nicole Polizzi was born on November 23, 1987, in Santiago, Chile. Her birth name is  Nicole Elizabeth Polizzi. Her nationality is Chilean-American. Polizzi belongs to mixed ethnicity while Sagittarius is her zodiac sign.

Nicole was born in Chile but was adopted by Italian-American parents, Andy Polizzi(father) and Helen Polizzi(mother) who raised her since the time she was just six months old. Her father, Andy is a volunteer firefighter and auto-salvage supervisor, while her mother, Helen is an office manager.

Raised in American society, Polizzi attended Marlboro High School in Marlboro, New York, where she was a cheerleader. She then joined Brookdale Community College from where she graduated earning a degree and becoming a veterinary technician. 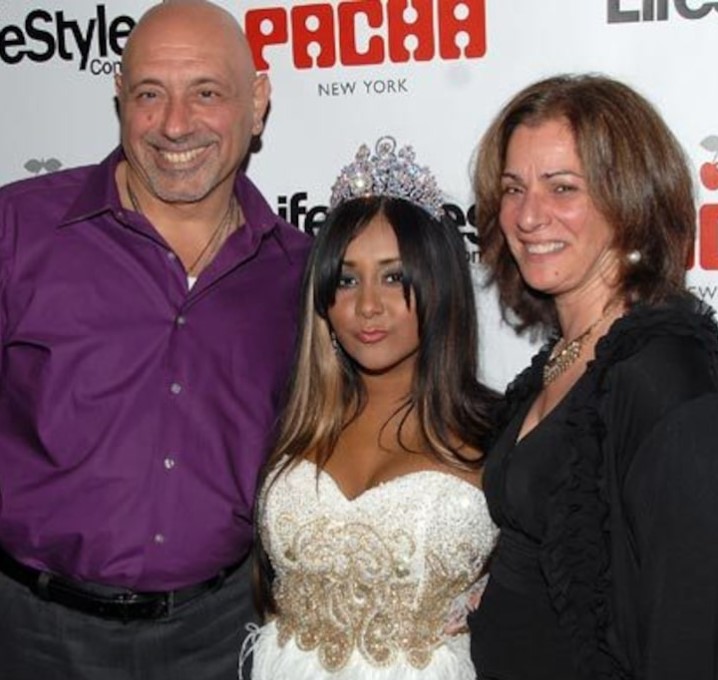 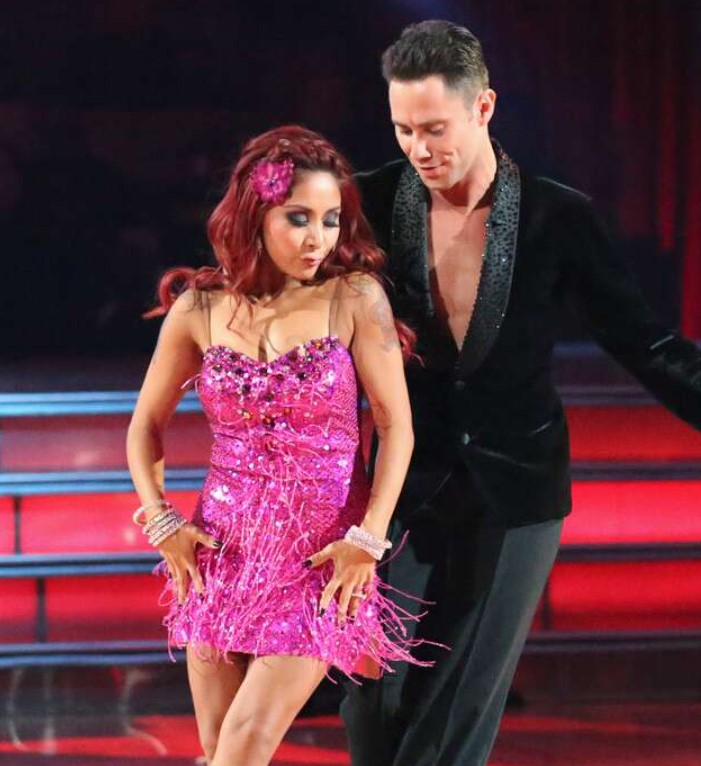 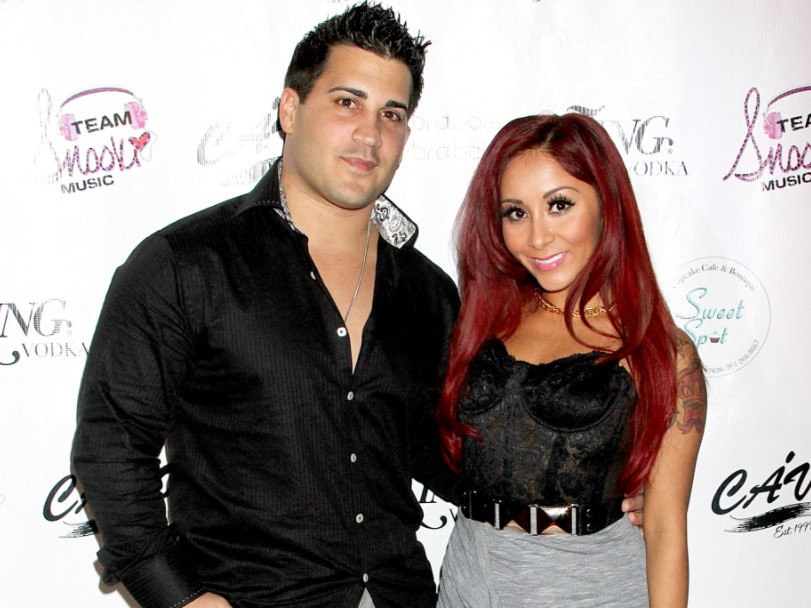 Nicole Polizzi is married to her long-term boyfriend, Jionni LaValle. Polizzi started dating LaValle back in October 2010 and after dating for 2 years, in March 2012, Snooki announced her engagement to LaValle. Five months after the engagement, the couple welcomed their first child, a son Lorenzo Dominic LaValle, on August 26, 2012.

She even lost 42 pounds whilst post-pregnant which was even announced in magazines. On September 26, 2014, the couple welcomed their second child, a daughter Giovanna Marie LaValle.

On November 2, 2014, Polizzi married her fiance, LaValle in a traditional Catholic ceremony held at St. Rose of Lima Church in East Hanover, New Jersey, followed by a reception at The Venetian banquet hall in Garfield. 5 years later their marriage, Polizzi welcomed their third child, a son Angelo James LaValle on May 30, 2019. Currently, she is living a happy and blissful life along with her husband and children.

Also, back in 2016, she announced of having had a breast augmentation to obtain a C cup. She was even arrested and charged with disorderly conduct and peace disturbance in the neighborhood of Seaside Heights, New Jersey, for which she was fined $500 and community service as a penalty in 2010. A year later in 2011, she was arrested for colliding her car with a parked traffic police car in Florence, Italy. 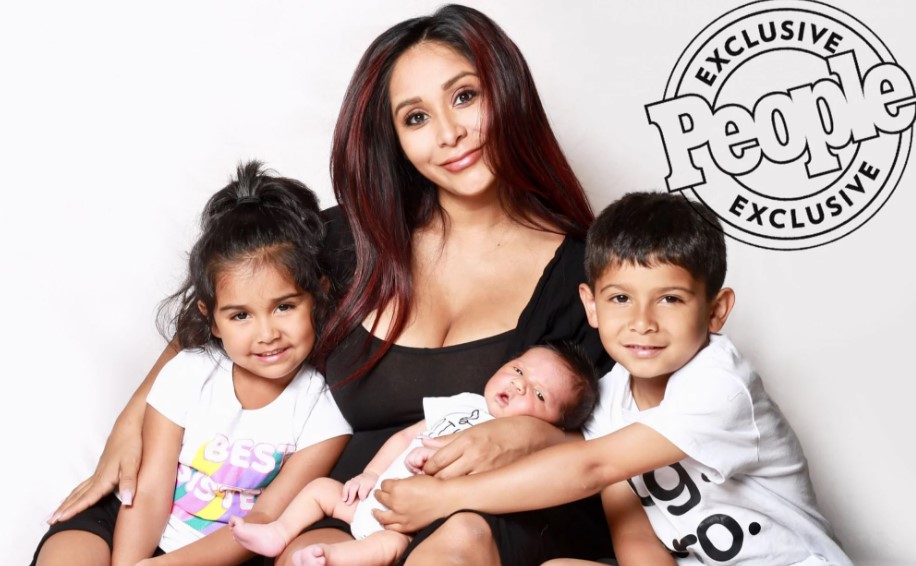 Nicole Polizzi has quite good earnings from her professional career as a reality personality. Having her career started with her biggest show, "Jersey Shore", Polizzi has managed to come a long way up becoming one of the popular television personalities in her decade-long career. Her source of income is surely her appearances on shows, series, and her books. Including her income, Polizzi has a healthy net worth estimated to be around $4.5 million.

Her salary was $150,000/ episode from her show, "Jersey Shore: Family Vacation" which increased from $30,000 and $5000 in the second and first seasons, respectively, thus making her one of the highest-earning reality show celebrities. Currently, she is charging $175,000 per episode. Back in April 2011, Snooki was paid $32,000 to speak at Rutgers University.

Nicole Polizzi is a gorgeous lady with a well maintained hour-glass body physique in her 30s. She stands tall with a height of 4ft. 9inches.(1.42 m) while her body weighs around 48kg. Her body measurement is around 35-25-32 inches with a bra size of 35B, 4(US) as her dress size, and 5(US) as her shoe size. She has a dark complexion with brown hair and dark brown eyes.