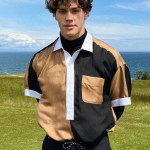 Noah Beck is an American social media personality who is known for his content on "TikTok". After beginning to post TikTok videos while in quarantine due to the Covid-19 pandemic in 2020, Noah Beck went on to achieve tremendous popularity as a social media influencer. In 2019, he was a midfielder for the Portland Pilots men's soccer. He was also featured on the digital cover of VMan magazine. He has a popular Instagram account as well featuring more lifestyle, fitness, and fashion-related content. In mid-2020, he became a member of the popular social group Sway House. In 2021, he starred in a six-part AwesomenessTV series called Noah Beck Tries Things. As a YouTuber, many of his YouTube videos, such as Dixie's Daycare, Who Knows Me Better? GF VS BFF, Vinnie Hacker's Crush BeckSeat Driver Ep.2 ft. Vinnie Hacker, I Surprised Dixie With This, and She Didn't Say I Love You Back, have gathered millions of views each.

What is Noah Heck Birth Name?

Noah Beck was born on May 4, 2001, with the birth name of Noah Timothy Beck. He took birth in Peoria, Arizona, United States of America. By nationality, Noah is American and he belongs to the American-White ethnicity. About his parents, he is the son of Amy Beck and Mr. Beck. He grew up with his elder sisters, Haley and Tatum. Initially, he developed his interest in soccer at a young age and started playing for SC del Sol, a local soccer team in Phoenix. At the age of 13, he became the captain of the U.S. Youth Soccer Olympic Development Program and remained in that position until 2017. Next, he attended Ironwood High School and later, moved to Utah where he became part of the Real Salt Lake Academy. After graduating from high school, he started attending the University of Portland in 2019. He joined the Portland Pilots men's soccer team as a midfielder. The team represents the university in NCAA Division I men's soccer competitions. He was forced to finish his second semester of freshman year online due to the restrictions brought on by the Covid-19 pandemic in Portland, Oregon. He dropped out of the university after realizing that academics was not his cup of tea. In 2021, he started attending acting classes as he aspires to establish himself as an actor in the American film and TV industry.

What does Noah Beck do for a living?

Noah Beck is unmarried when it comes to his personal life. But he is not single at present. He is currently in a relationship with Dixie D'Amelio since September 2020. Dixie D'Amelio is also a TikTok star by profession. D'Amelio first connected with Beck in 2020 following her breakup with fellow TikTok star Griffin Johnson. The duo started posting on social media together that summer, but the couple did not go public with their relationship until October 2020 when they were both 19. Beck later explained that D'Amelio's previous relationship and the public's opinion of it made her hesitant to share the details of their romance online. "The amount of times we've gotten like, 'Oh, this is just a publicity thing.' Dixie and I love each other. We're just like any other normal teenage couple," Beck told. "Yes, we have a huge spotlight on us, and it gets overwhelming — like these constant comments. But other than that, we're just two teenagers in love with each other and couldn't be happier."  In an episode of D'Amelio's podcast 2 Chix, Beck said he shared his feelings for D'Amelio on camera — but that she didn't immediately reciprocate the sentiment. "The cameras were rotating around us and [the crew] was like, 'Be normal. Talk how you would in this situation.' So we were just chatting and then there was a little awkward silence and you were like, 'You literally hate me'...and I was like, 'Stop, I literally love you,' " Beck said. On August 29, 2020, D'Amelio and Beck were spotted out to dinner with a group of friends in Los Angeles. Throughout September 2020, D'Amelio and Beck continued to fuel dating rumors as they posted together on social media and even cozied up in the photo booth at a friend's birthday party. At one point, they hit the beach together where D'Amelio got a lift from Beck while wading through the water. Beck marked the couple's one-month anniversary with a sweet Instagram story. "Happy 1 month bub.. I love you<3," he captioned a selfie of the pair on 25th October 2020. In September 2021, D'Amelio and Beck celebrated their first anniversary together.  "1 YEAR DATING NOAH BECK???(not clickbait) Never thought I could love someone as much as I love you, thank you for everything baby. Iloveyouiloveyouiloveyou," D'Amelio wrote. In the months after their first anniversary, fans noticed that Beck and D'Amelio appeared to take a hiatus from sharing their relationship online. While some fans questioned if they broke up, Beck explained to E! News in February 2022 that keeping things private had helped make them stronger than ever. "I've been telling a lot of people we're kind of keeping things offline. And since we've been doing so, it's been good. It's been kind of like a weight off the shoulder in a way. We kind of just enjoy time together rather than, like, seeming like we do it for our fans, in a sense. We're doing it for each other and that's what it's all about," he said. On August 28, 2022, Dixie D'Amelio denies Noah Beck breakup rumors. "As we've said like a million times, we've decided to take our relationship off social media," she said. "Obviously it causes a lot of drama no matter what we do. But yeah, we love each other." In December 2020, they were criticized by fans for vacationing in Nassau, Bahamas during the COVID-19 pandemic. He responded that he needed a chance to "disconnect". He elaborated that they were careful, traveled by private jet, and stayed in a mostly empty hotel. Today, the lovebird is enjoying their present life a lot.

Everything To Know About Dixie D'Amelio 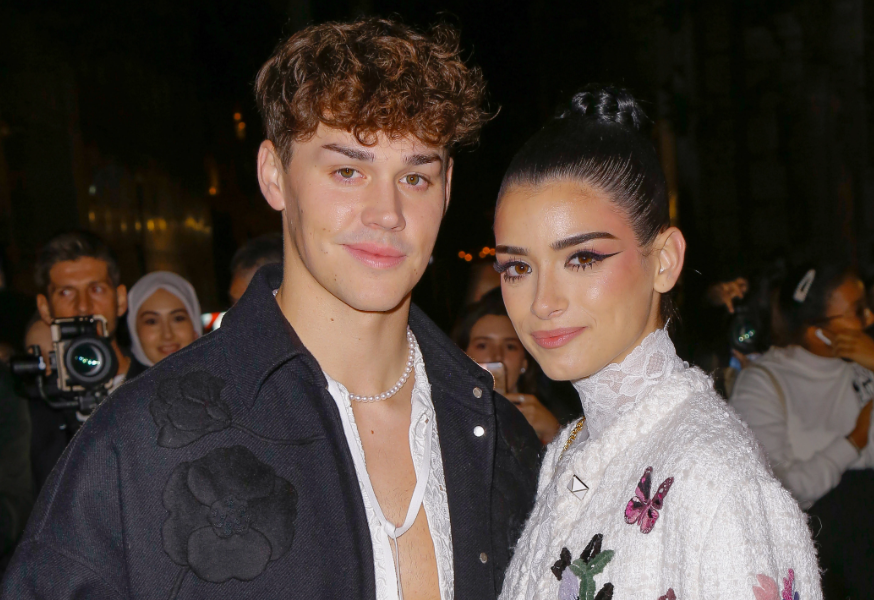 Noah Beck is a footballer-turned-social media star who has made a cool fortune from his career work. The net worth of Noah Beck is estimated to have $5 Million as of 2022. His main source of wealth comes from his social media career via TikTok where he shares sponsored posts, brand deals, promotional content, and more. He also makes a decent earning from YouTube via ads. He is living a lavish lifestyle at present and he is satisfied with his earnings. His annual salary is in millions of dollars. He also launched the Triller app which is a video-sharing platform. Apart from this, he also runs a successful merchandise business.

How tall is Noah Beck?

Noah Beck is a handsome TikTok star with a standing height of 5 feet 11 inches or 1.78 m or 178 m. His well-maintained body weight consists of 77 Kg or 169 lbs. His body type is slim. He has a pair of blue eyes and his hair color is brown. His wardrobe, including fishnet tights, cuffed jeans, and stiletto heels led to comparisons with David Bowie, Prince, Troye Sivan, and Harry Styles. In 2021, he was a VIP guest for the Louis Vuitton menswear show. His body measurement is 40-30-16 in (chest-waist-bicep). He wears a shoe size of 11 US. He had uploaded one of the morning exercise routine videos, and in that, he showed how he did strength training and weights. It is the reason why he has a fab body. He did weight training and stretching exercises. Since he has many followers and a tight schedule too, he needs to concentrate on his fitness, and hence he does the same pretty well.

Trivias About Noah Beck You Need To Know.