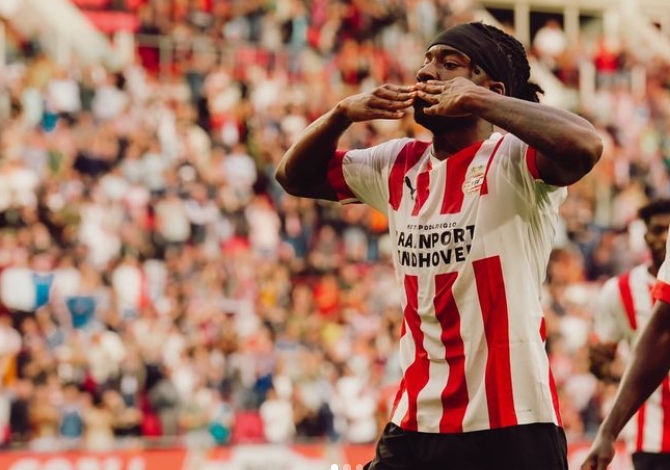 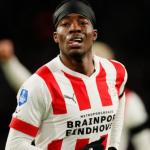 Noni Madueke is a British professional footballer. He is currently playing for the Premier League club, Chelsea. His playing position is a winger and attacking midfielder. Previously, he joined Crystal Palace at the age of nine and spent three years at the club. After that, he joined Tottenham Hotspur before he moved to the club, PSV (Philips Sport Vereniging) in June 2018.

On 20 January 2023, Premier League club Chelsea announced the signing of Madueke on a seven-and-a-half-year contract. Internationally, he has represented England at U16, U17, U18, and U21. The BBC described him as a "direct, powerful and versatile attacker" who was inspired by Cristiano Ronaldo. His manager at PSV, Roger Schmidt, stated Madueke was "able to read situations, get to the right positions and be in the right place". Upon signing for PSV in June 2018, he was described by the club as "a creative, physically strong left-footed midfielder".

What is Noni Madueke Famous For?

What is Noni Madueke Ethnicity?

Noni Madueke was brought into this world by his Nigerian parents on 10th March 2002. His real name is Chukwunonso Tristan Madueke. He took birth in Barnet, a city in England. Later, he moved to the small village of Wintelre with his mother upon signing for PSV. He holds British-Nigerian nationality and belongs to Mixed (African-British) ethnicity. He is of Nigerian Igbo descent. He cut his 20th birthday cake on 10th March 2022.

Noni has not mentioned the details regarding his parents' names to the media. Only the fact is known that his dad is a football agent who works alongside YMU Group. According to the PSV website, his mum does all the cooking for him and his sister. He grew up with his sister. Initially, Noni started with King George FC in Welwyn Garden City and played Saturday football, and lived in Hatfield. Later, the club, Crystal Palace FC scout approached him. He played for Crystal Palace academy. He started out at 10, with the Under 10s of Crystal Palace. 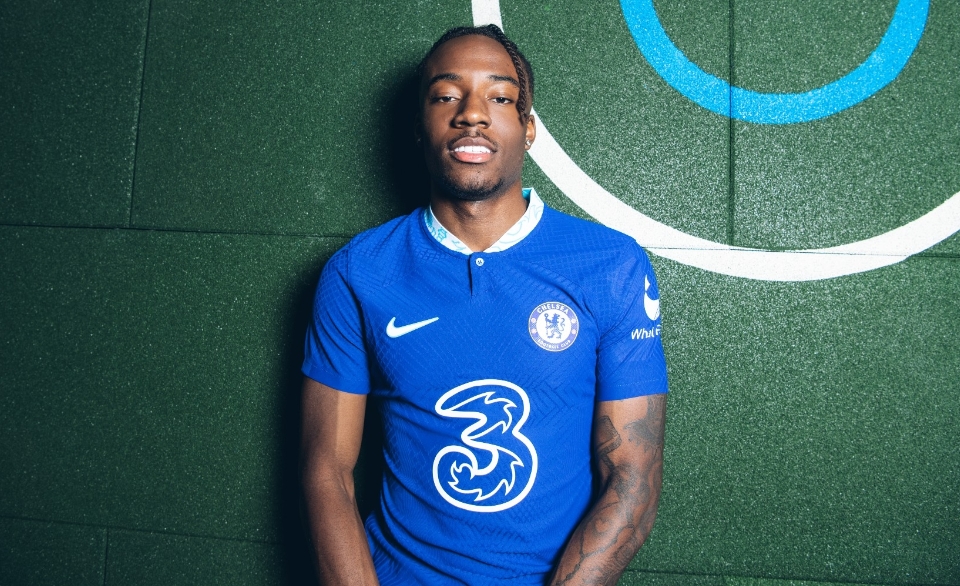 Noni, at age 9, joined the club Crystal Palace where he spent three years with the club before joining Tottenham Hotspur. For the club, Tottenham Hotspur, Noni captained their under-16 side and made his under-18 debut at the age of 15.

In June 2018, Madueke moved to the club, PSV by signing a 3-year contract. He made his senior debut in the Eerste Divisie for Jong PSV, coming on as a 64th-minute substitute in a 1–0 loss to MVV Maastricht on 26th August 2019. He made his PSV's first team debut on 19th January 2020 against VVV-Venlo. His fame rose with the club after he scored on his first start for the club in a 2–1 win against Emmen on 19 September 2020.

With the club, he finished his 2020 season with seven Eredivisie goals.

On 20th January 2023, Premier League club Chelsea announced the signing of Madueke on a seven-and-a-half-year contract for a transfer fee reported by The Athletic to be £28.5 million (€33 million).

Who is Noni Madueke Girlfriend?

The 20-year-old, Noni Madueke is young to get into the relationship. When it comes to the matter of marital status, he is unmarried. He is single at the time of writing and he does not have a girlfriend as of now. He is fully focused on his career rather than being in a relationship. He has not been spotted with any lady till now. His sexual orientaiton is straight and he is not gay.

How much is Noni Madueke Net Worth?

Noni Madueke is a talented footballer who is playing for the team, Chelsea. As of 2023, the net worth of Noni is estimated to have $5 million. On 20 January 2023, Premier League club Chelsea announced the signing of Madueke on a seven-and-a-half-year contract for a transfer fee reported by The Athletic to be £28.5 million (€33 million). From the club, Chelsea, Noni is making his annual salary between $3 million - $4 million. His main source of wealth comes from his football career. He lives in a luxurious home. He is still to acquire the branded cars.

What is  Noni Madueke Height?

The footballer, Noni Madueke stands at the perfect height of 1.76 m or 5 feet 9 inches. His body weight measures 75 KG. His hair color is black and his eye color is also black. He is a fan of streetwear trends, and his dress screams stylish. He frequently goes to the gym to maintain his body and today, he has got a healthy body with an attractive personality.

Trivias About Noni Madueke You Need To Know.

Where was Noni Madueke born?

Noni Madueke was born in Barnet.

What is the net worth of Noni Madueke?

The net worth of Noni Madueke is $5 million.

What is the salary of Noni Madueke?

The salary of Noni Madueke is Between $3 million - $4 million.

What is the color of Noni Madueke's eye?

What is the color of Noni Madueke's hair?