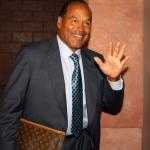 Orenthal James Simpson, popularly known as O.J. Simpson or The Juice is a former American football running back. He is also a broadcaster, actor, and advertising spokesman. Following his professional playing career, he stayed in the limelight after he was arrested in 1994 and charged with the murders of his ex-wife Nicole Brown Simpson and her friend Ron Goldman. However, he was acquitted by a jury after a lengthy and internationally publicized trial. He was later arrested in 2007 and charged with felonies of armed robbery and kidnapping, for which he was sentenced to 33 years in prison, with a minimum of nine years without parole. He was granted parole and released in October 2017.

What is O.J. Simpson Famous For?

- Acquitted on the charges of murdering his wife Nicole Brown Simpson and her friend Ron Goldman.

- Served 9 years in prison for armed robbery and kidnapping. 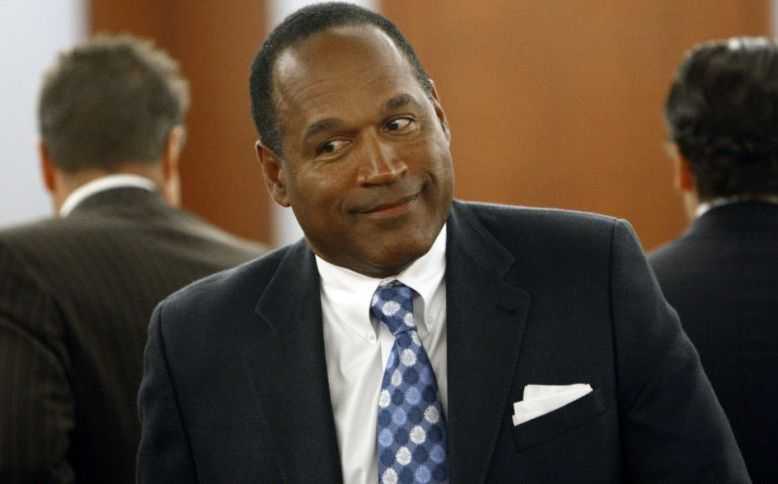 Where was O.J. Simpson Born?

O.J. Simpson was born on 9 July 1947. His birth name is Orenthal James Simpson. He was born to a father, Jimmy Lee Simpson, and a mother, Eunice. His birth place is in San Francisco, California in the United States. He holds American nationality. He has 3 siblings, Melvin Leon "Truman" Simpson, Shirley Simpson-Baker, and Carmelita Simpson-Durio. He wore braces on his legs until the age of five because he had rickets. His parents separated in 1952 and he was raised by his mother.

He then attended the University of Southern California. He led the nation in rushing both years at USC earning Walter Camp Award, Heisman Trophy, and the Maxwell Award. He still holds the record for the Heisman's largest margin of victory defeating runner-up Leroy Keyes by 1,750 points.

The Buffalo Bills selected Simpson in 1968 AFL-NFL Common Draft. He struggled in his first three seasons.

In 1972, he became the first player to break the highly coveted 2,000-yard rushing mark, with 2,003 total rushing yard and 12 touchdowns. He also broke the single-season rushing record of 1,863 yards.

He won the 1972 NFL MVP Award and Bert Bell Award.

The Bills traded Simpson to his hometown San Francisco 49ers ahead of 1978 season.

He played two seasons for the 49ers rushing for 1,053 yards and 4 touchdowns.

He then retired from football.

When he retired, he was placed 2nd on the NFL's all-time rushing list with 11,236 rushing yards. He now stands at 21st.

1973 NFL Offensive Player of the Year 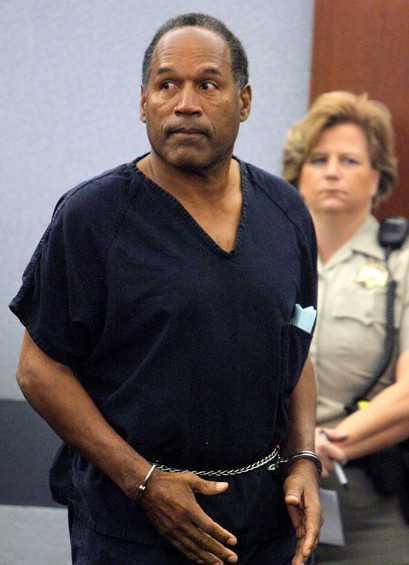 He started his film career with parts in films such as the television mini-series Roots, and the dramatic motion pictures The Klansman, The Towering Inferno, The Cassandra Crossing, and Capricorn One.

He started his own production company, Orenthal Productions in 1979.

He starred in Goldie and the Boxer films, Back to the Beach, The Naked Gun trilogy, Hambone and Hillie, Student Exchange,CIA Code Name: Alexa, No Place to Hide, and Jail among others.

He also worked as a commentator for Monday Night Football and The NFL on NBC.

He hosted an episode during the third season of Saturday Night Live.

He starred in his own improv, hidden-camera prank TV show, Juiced in 2006.

Who is O.J. Simpson married to?

O.J. Simpson first married Marguerite L. Whitley in June 1967. He was 19 at the time. They share 3 children, Arnelle L. Simpson, Jason Lamar Simpson, and Aaren Lashore Simpson. Aaren drowned in the family's swimming pool and died at the age of 2.

He then married Nicole Brown in February 1985. The couple had 2 children, Sydney Brooke Simpson, and Justin Ryan Simpson. They got divorced in 1992. 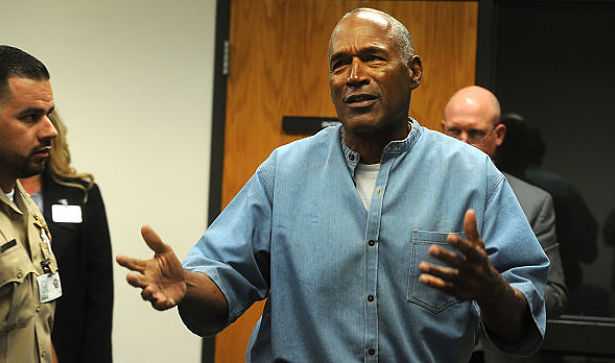 Simpson's wife Nicole Brown Simpson and Ron Goldman were found stabbed to death outside Nicole's condo in Brentwood area of Los Angeles on 12 June 1994. Simpson was suspected for the murder. On 17 June, he became the object of a low-speed pursuit in a white 1993 Ford Bronco SUV owned and driven by Al Cowlings. TV stations interrupted coverage of the 1994 NBA Finals to broadcast the incident live. The incident was described as "the most famous ride on American shores since Paul Revere's". He later turned himself in. His pursuit, arrest, and trial were widely publicized in American history.

The lengthy and internationally publicized trial is often dubbed as the Trial of the Century. On 3 October 1995, the jury issued their verdict "not guilty" for the two murders. The Goldman family subsequently filed a civil lawsuit against Simpson. A civil court in 1997 awarded a $33.5 million judgment against him for the victims' wrongful deaths. He moved to Florida to avoid paying any more of the liability judgment, settling in Miami.

Simpson was arrested in 2007 in Las Vegas Nevada. This time he was charged with the felonies of armed robbery and kidnapping. In 2008, he was convicted and sentenced to 33 years imprisonment, with a minimum of nine years without parole. He served his sentence at the Lovelock Correctional Center, Nevada. He was granted parole in July 2017. He was released from prison on 1 October 2017.

What are O.J. Simpson Body Measurements?

What is O.J. Simpson Net Worth?

During his professional career, he was a successful and popular athlete. People magazine described him a 'the first black athlete to become a bona fide lovable media superstar'. He had numerous endorsement deals. He had endorsed, Hertz, Pioneer Chicken, HoneyBaked Ham, the pX Corporation, Calistoga Water Company, among other. He also appeared in comic book ads for Dingo cowboys boots.