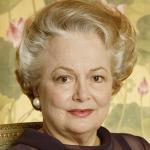 Olivia de Havilland was a British-American actress who was one of the leading actresses of her time of the mid-1900s. Havilland first came to prominence with her role in an adventure film, "Captain Blood"(1935). One of her best-known roles as Melanie Hamilton in the classic film, "Gone with the Wind"(1939).

Throughout her lifetime, she received several honors including the National Medal of the Arts, the Légion d'honneur, and the appointment to Dame Commander of the Order of the British Empire. She was also awarded 2 New York Film Critics Circle Awards, the National Board of Review Award for Best Actress, the Venice Film Festival Volpi Cup, and also received a star on the Hollywood Walk of Fame.

What is Olivia de Havilland Famous for? 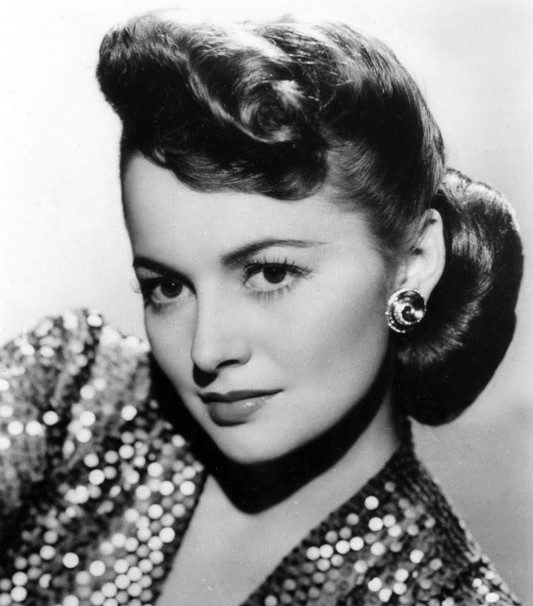 Where was Olivia de Havilland Born?

Olivia de Havilland was born on July 1, 1916, in Tokyo, Empire of Japan. Her birth name was Olivia Mary de Havilland. Her nationality was British-American. Havilland belonged to Asian ethnicity while Cancer was her zodiac sign.

Olivia was born in a well-to-do and renowned family as one of the daughters of her famous parents. Her mother, Lilian Fontaine(1886–1975), was an English actress who got educated at the Royal Academy of Dramatic Art in London and also sang with the Master of the King's Music and Sir Walter Parratt. While her father, Walter de Havilland(1872–1968), served as an English professor at the Imperial University in Tokyo before becoming a patent attorney.

Her parents met in Japan in 1913, shortly after Olivia was born and then they moved into a large house in Tokyo. After a year later, on October 22, 1917, her younger sister, Joan Fontaine was born and both of them became citizens of the United Kingdom by birthright. In 1919, her family sailed aboard the SS Siberia Maru to reach England, but she along with her sister and mother settled in the village of Saratoga after Joan developed pneumonia. Her father actually abandoned the family and returned to his Japanese housekeeper to start a new livelihood.

Olivia grew up learning ballet lessons at the age of 4, piano lessons, and drama, music, and elocution, that her mother occasionally taught her. She joined Saratoga Grammar School in 1922, enjoying reading, writing poetry, and drawing. Her mother later got married to George Milan Fontaine, a department store manager for O. A. Hale & Co. in San Jose in 1925.

She then went to Los Gatos High School where she excelled in oratory and field hockey and participated in the school drama club, eventually becoming the club's secretary. Her initial dream was to become a schoolteacher of English and speech, for which she attended Notre Dame Convent in Belmont. However, having started to develop an interest in acting, she made her debut in amateur theatre in "Alice in Wonderland" in 1933. She got her second understudy position for the role of Hermia.

Impressed with Olivia's acting skills, Austrian director Max Reinhardt persuaded her to sign a five-year contract with Warner Bros. on November 12, 1934, marking the beginning of a professional acting career which would span more than 50 years.

When Did Olivia de Havilland Die?

Olivia de Havilland died on July 26, 2020, at the age of 104, at her home in Paris, France. She died peacefully in her sleep of natural causes, after living century of her life. 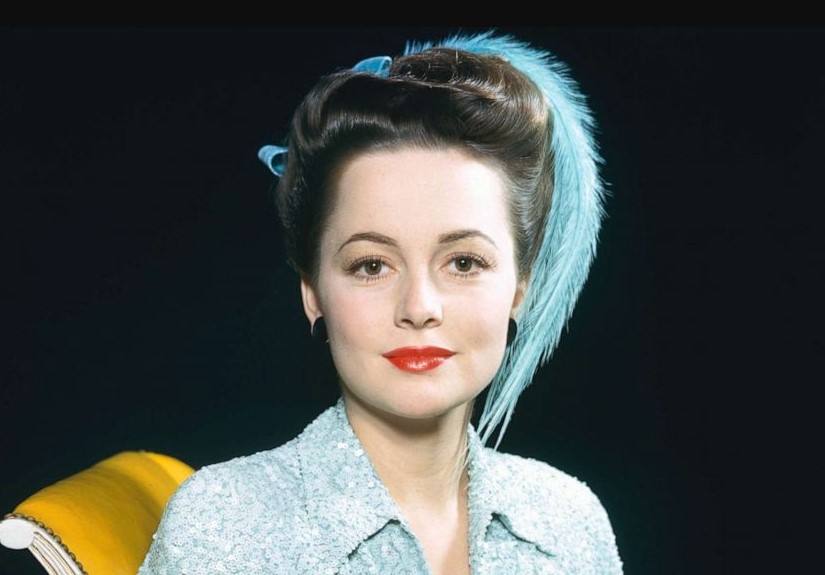 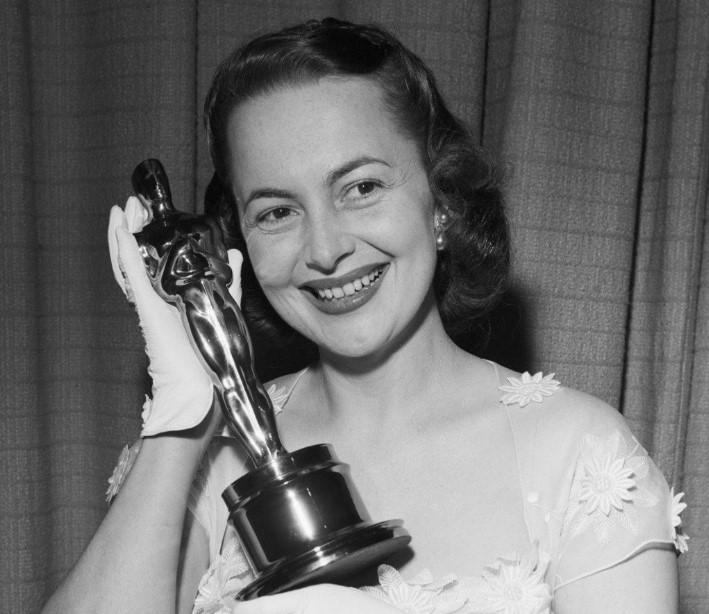 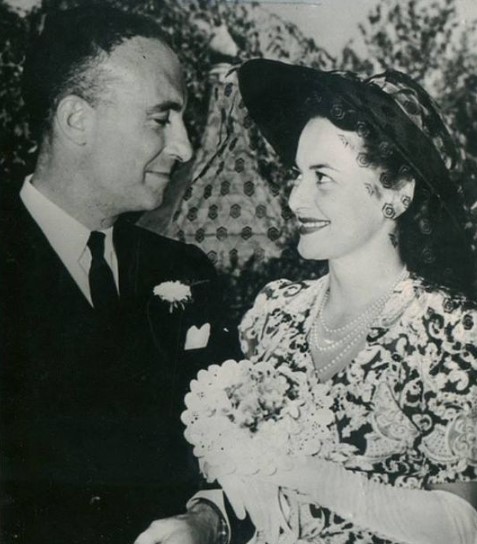 Who was Olivia de Havilland Married to?

Olivia de Havilland got married twice throughout her entire life until her death. Her first marriage was with Marcus Aurelius Goodrich, who was an American screenwriter and novelist of "Delilah". They got married on August 26, 1946, and welcomed their only child named Benjamin Goodrich, on September 27, 1949, however, their relation didn't last long and they got divorced in 2953.

Their only son, Benjamin was diagnosed with Hodgkin's lymphoma at the age of 19 and worked as a statistical analyst for Lockheed Missiles and Space Company in Sunnyvale, California, who died at age of 42 of hearts disease on October 1, 1991,  three weeks before the death of his father.

Two years after her divorce, on April 2, 1955, de Havilland got married to Pierre Galante, an executive editor for the magazine Paris Match. Their marriage also didn't last long and they separated in 1962 but continued to live in the same house for another six years to raise their only daughter, Gisèle Galante together. 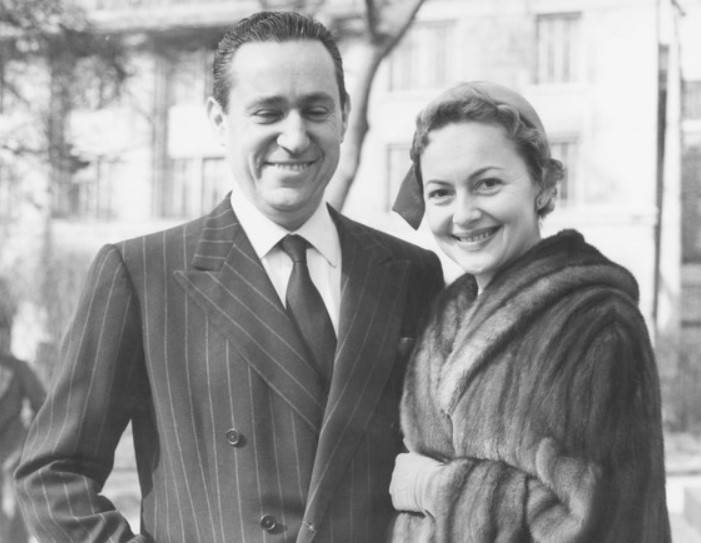 Previously, she dated several handsome men including her co-star, Errol Flynn who was attracted to her as soon as he met her for the first time in 1935. After working for years, on March 12, 1937, Flynn professed her at the coronation ball for King George VI at the Ambassador Hotel in Los Angeles. However, at the time, Flynn was married to his wife, Lili Damita, so he reunited with Damita and Havilland never acted on her feelings for Flynn.

Later, in July 1938, de Havilland began dating business tycoon, aviator, and filmmaker Howard Hughes. Hughes even gave her first flying lessons. Later, in December 1939, she was in a romantic relationship with actor James Stewart, who took her to the New York premiere of Gone with the Wind at the Astor Theater on December 19.

Shortly after they began seeing each other, and in 1940, he even proposed marriage but their relationship ended in 1941 when Havilland began a romantic relationship with film director John Huston while making, "In This Our Life".

How Much was Olivia de Havilland's Net Worth?

Olivia de Havilland had quite great earnings from her successful career as a proficient and leading actress of her time. Having started her career since 1935 that spanned for over 53 years, Havilland had managed to win amass a huge amount from her several hit roles and movies.

Her net worth was estimated to be around $25 million at the time of her death.

She kicked off her earnings with a starting salary of $200 a week after getting signed with Warner Bros in 1934. In 1936, while renegotiating the contract, she had a starting weekly salary of $500.

How Tall was Olivia de Havilland?

Olivia de Havilland was a gorgeous lady with warm brown eyes and extraordinary charm when she entered Hollywood for the first time. With her marvelous acting skills and charming personality, she had managed to win millions of hearts all around the world.

She had a height of 5ft.3inch(1.60m) while her body weight was around 60kg at the time of her death.

Trivias About Olivia de Havilland You Need To Know.