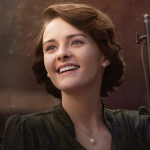 Olivia Morris is a British actress and model who is best known for her lead role of Jennifer in the Indian epic period action drama film "RRR". The film has garnered critical acclaim from all over the world and has made the record for the highest opening-day collection earned by an Indian film with ₹240 crores on its release on March 25, 2022. Morris appeared in the short film "The Turtles" in 2020. She is represented by UK's talent management company "InterTalent".

What is Olivia Morris famous for?

Where was Olivia Morris born?

Olivia Morris was born on January 29, 1997, in Kingston upon the Thames, South West London, England. Her birth name is Olivia Morris. She holds British nationality. Her ethnicity is White while Aquarius is her zodiac sign.

Morris was born in a well-to-do family in South West London. Her father is a businessman while her mother, Susan is a housewife. She has a brother named, Tom Morris. She was raised in Surrey, England along with her brother. Since her childhood, she was interested in acting and decided to pursue her career as an actress.

So, she attended Wales' Royal Welsh College of Music and Drama and got graduated with BA Honours in Acting in 2018. She also took acting classes at the National Youth Theatre of Great Britain in 2015. Later, she joined a theatre company, ELAN Frantoio-Centro Arti Performative in Italy to improve her acting skills.

Who is Olivia Morris's boyfriend?

Olivia Morris is currently in a relationship with her boyfriend, Jack Hammett. Jack is also an English theatre actor who has worked in "National Theatre Wales", "Dirty Protest", "Volcano Theatre", and "The Other Room". She is currently living a happy life in London, England. Besides, Olivia is fond of dogs and owns a pet dog named Woof.

How much is Olivia Morris worth?

Olivia Morris has earned a good amount of money from her profession as an actress and model. She has worked in various films and series throughout her 6 years long acting career, earning a handsome sum of money. She also appeared in the lead female role of Jennifer in the €42 million-budget Indian epic action drama film "RRR", which earned her huge popularity as well as a generous sum of money. She also makes additional income from her endorsement deals. Including all of her earnings, Morris has an estimated net worth of $2.5 million as of 2022.

How tall is Olivia Morris?

Olivia Morris is a gorgeous lady in her well-maintained hourglass body physique in her mid-20s. She has a beautiful face with brown hair and a pair of brown eyes. She stands tall with a height of 5ft 8inches(1.72m) and has a bodyweight of 55kg(121 lbs). Her body measurement is 34-23-34 inches. Her shoe size is 7(US) while her dress size is 5(US).