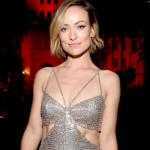 An American actress, producer, director and activist, Olivia Wilde is one of the famous faces in Hollywood. Wilde is a modern-day renaissance woman who has received stardom through her finest performance on several shows.

What is Olivia Wilde famous for?

- Olivia Wilde is famous for her role as Dr. Remy "Thirteen" Hadley on the medical drama television series "House".

When was Olivia Wilde born?

Olivia was born in a high-class family. She was born to Leslie Cockburn (mother) and Andrew Cockburn(father). Her mother is an American journalist and her father is a London born journalist who later on got citizenship of Ireland.

Wilde has an older sister, Chloe Cockburn, and, a younger brother, Charlie Cockburn. Wilde's uncles, Alexander and Patrick Cockburn, both are reputed journalists. Her aunt Sarah Caudwell, half-cousin Stephanie Flanders, and her paternal grandfather Claud Cockburn, all are in the field of journalism.

How was Olivia Wilde's Early Life?

Olivia was raised in the Georgetown neighborhood of Washington, D.C and spending summers at Ardmore in Ireland. Her nationality is American and Pisces is her zodiac sign. Her ancestry includes English, Irish, Scottish, German, and Manx. She holds dual citizenship of the U.S. and Ireland.

She attended "Georgetown Day School" in Washington, D.C. and "Phillips Academy" in Andover, Massachusetts. After graduating from Phillips Academy in 2002, she was accepted to enroll at "Brad College".

Olivia wanted to pursue acting and hence she deferred the enrollment for thrice and started studying at the "Gaiety School" of Acting in Dublin.

Having been born into a family where all her family members are involved in journalism, people had thought she would also pursue her career in journalism. However, she wanted to be an actress since she was two years old.

How is Olivia Wilde's Career?

Olivia Wilde stepped into the entertainment field in 2003 from the television series "Skin" where she appeared in the role of 'Jewel Goldman'. She became known for her recurring role as 'Alex Kelly' on the teen drama television series, "The O.C.".

In 2007, she appeared in the off-Broadway theatre production of "Beauty on the Vine", playing three different characters and "1984". She was also in "The Death" and "Life of Bobby Z" (2007) and the short-lived NBC drama television series, "The Black Donnellys".

She has been successful to impress the fans and critics with her acting skills. She also appeared in the recurring role of Dr. Remy “Thirteen” Hadley in the television series "House" which aired till 2012.

She has also produced and acted in the movie "Drinking Buddies" as Kate and in "Meadowland" as Sarah. She has also done music videos for renown singers like "Daft Punk", "Thirty Seconds to Mars", "Red Hot Chilli Peppers" and much more.

In 2017, Wilde made her Broadway debut portraying the role of Julia in "1984" and on May 2017, Wilde became a chief brand activist of "True Botanicals", a cosmetics and skincare company.

Wilde appeared in "A Vigilante" (2018). The same year, Wilde starred in the drama "Life Itself" which received negative reviews from critics and performed poorly at the box office.

Wilde also directed "Booksmart", which is scheduled to be released on May 24, 2019.

Wilde is a board member of the organization "Artists for Peace and Justice," which supports communities in Haiti through programs in education, health care, and dignity. She has served as executive producer on several documentary short films, including, "Sun City Picture House" (2010), which is about a community in Haiti that rallies against the disastrous 2010 earthquake and "Baseball in the Time of Cholera" (2012), which explored the cholera epidemic in Haiti.

Olivia Wilde is the winner of "The Comedy Festival Best Actress Award" in 2008 and "Vail Film Festival Rising Star Award"  in 2008 for her performance in "Bickford Schmeckler’s Cool Ideas".

Also, Olivia is a nominee of several of the prestigious award including "Teen Choice Awards", "MTV Movie Awards", and |Screen Actors Guild". She was voted the PETA’s "Sexiest Vegetarian Celebrity" of 2010.

How is Olivia Wilde's Personal Life?

Olivia Wilde got married at the age of 19 to Prince Tao Ruspoli in 2003. He is an Italian Ruspoli, filmmaker, and musician. They got married in a secret martial ceremony held on a school bus with only a pair of witnesses. However, the couple filed for their divorce on March 2, 2011, citing ‘irreconcilable differences’.

After her separation, she met Jason Sudeikis, who is an actor, comedian, and screenwriter. The couple began to like each other and only after the divorce, Olivia Wilde announced her relationship with her boyfriend Jason Sudeikis in November 2011. The couple got engaged in January 2013.

The couple is not married yet but rumor has it that they are planning to get married soon for their children. The couple is blessed with two children" a son named Otis Sudeikis and a daughter named Daisy Josephine Sudeikis.

She is a vegetarian and vegan. It is reported that her stage name Olivia Wilde is derived from an Irish author Oscar Wilde. She had changed her surname while at the high school in honor of the writers in her family.

What is Net Worth of Olivia Wilde?

Throughout Olivia's career, she has not only got herself as the multitalented lady but has been flourished with her luxurious life. The famous actress has an estimated net worth of $12 million USD.

Her net worth is increasing day by day.

How Tall is Olivia Wilde?

The 35-aged Olivia Jane has a perfectly shaped hourglass body figure. She stands the height of 5feet 7inches with a bodyweight of 52 kg. She has a body size of 32-27-32 inches. Her bra size is 32B, the shoe size is 8US, and the dress size is 2US.

She has a fair complexion with a husky voice, cat-like blue eyes, and feline eyebrows. She has dyed brown hair.