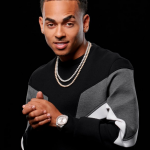 Juan Carlos Ozuna Rosado professionally named Ozuna is a Puerto Rican reggaeton and Latin trap singer. He is also known widely as "New King of Reggaeton". In August 2017, he released his debut studio album, "Odisea", which reached the very top of US Top Latin Albums (Billboard) charts. The album also sold more than 360k units in the United States. He made his first TV show appearance in the Hermanos en la clandestinidad episode of the musical drama TV series, "Guerra de Idolos" in 2017. He made his acting debut in the film "Que Leon". He started writing songs at the age of 13. He started building his music career in the 2000s while performing in New York City. He started his singing career in 2012 with the release of his single, "Imaginando". Early in his career, he used to perform under the stage name of "J Oz". He also had collaborated with Musicologo & Menes to get a foothold in the music industry. He got his first big breakthrough as he signed a contract with the record label, "Golden Family Records" in 2014. He rose to fame with the release of his single, "Si No Te Quiere" in 2014. His second album "Aura" was released on August 24, 2018, through VP Records, Dimelo VI Distribution, and Sony Music Latin featuring collaborations with J Balvin, Akon, Cardi B, and Romeo Santos. He describes himself as a "typical boricua with Dominican blood." His fourth studio album, Enoc, is scheduled for release in 2020.

Ozuna is the protagonist of the cover of the most recent editions of the magazine "Rolling Stone" in Mexico and Colombia, in which he also highlights details of his next album, "ENOC" in an interview. On the cover of the Mexican version, which the artist published on Instagram, Ozuna appears in profile, while in the Colombian version the singer poses head-on showing some of the tattoos he has on his right arm among them an old microphone, dreadlocks, a handkerchief, and various jewels. "Ozuna, representing, the Puerto Rican who put Latin music at the top of the industry", highlights the cover of the magazine of both editions. On this cover, Bad Bunny appeared with a mask, priority clothing in helping to prevent the spread of COVID-19. 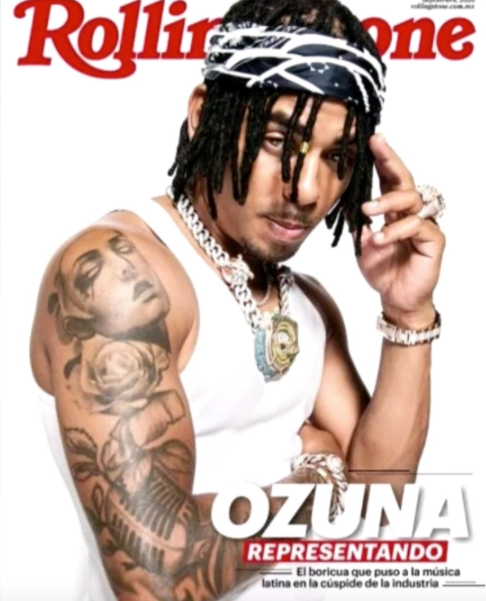 What is the Real Name of Ozuna?

Ozuna was born on 13th March 1992 with the real name/birth name of Juan Carlos Ozuna Rosado. His birthplace is in San Juan, Puerto Rico, the USA. He was born to his parents; Dominican father and a Puerto Rican mother. His mother's name is Yomary Rosado Marrero. He grew up in very poor family background. He was raised by his grandparents. When he was three, his father was murdered. His mother was not financially stable. His nationality is American and his ethnicity is Mixed. His race is black. Regarding his education, he attended a college in New York City in 2000's decade. He grew up listening to traditional Latin genres such as salsa and bachata, which have influenced his musical style. Pisces is his Zodiac sign. As of 2020, he celebrated his 28th birthday.

How was the Career of Ozuna? 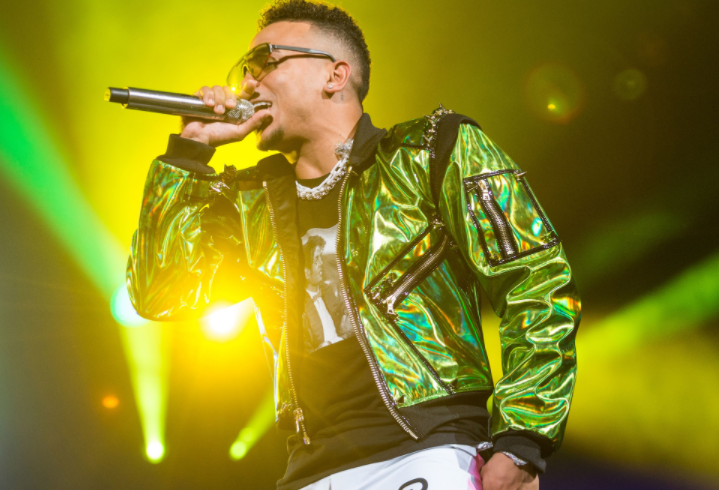 Who is Ozuna's Wife?

Ozuna is a married man. He is married to his pretty wife, Taina Marie Melendez. The couple was in a relationship for many years before they finally decided to get married. The duo is also blessed with a daughter named Sophia Ozuna Melendez and a son named Jacob Andres Ozuna Melendez. The couple is living a happy and peaceful life together and there is no sign of separation between them. They are enjoying their life fully. His sexual orientation is straight and he is not gay. Recently, he closed on the house in Miami's Coconut Grove for nearly $5.5 million, under NibiruInternational LLC. Ozuna controls the company, which is named after his 2019 album, "Nibiru". The five-bedroom, seven-bathroom home in Coconut Grove spans about 7,000 square feet with a pool, wine cellar, home theater, outdoor kitchen, and gym. 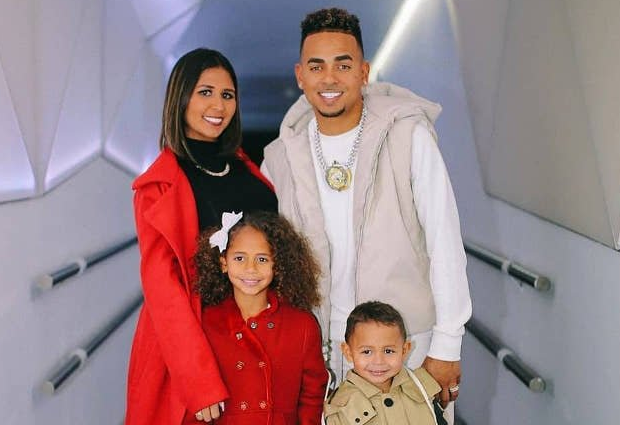 Moving depth to his personal life, he was arrested along with his work team at the El Dorado International Airport in Bogotá, Colombia, by immigration agents on 5th January 2017. In January 2019, he confirmed that he had been the victim of an extortion scam involving an explicit video filmed of him when he was a minor. He also apologized to his fans and family.

How much is Ozuna's Net Worth?

Ozuna is a professional singer who has made a huge amount of money from his singing career which is his major source of wealth. His income comes from his album sales, concerts, singles, mixtapes, tickets, tours, endorsements, and more. As of 2020, his net worth is estimated to have $4 Million. He is earning a good amount of money from his career. His salary is not revealed yet and will be updated soon but there is no doubt in the mind of his follower that he is earning a considerable amount of salary from his career work. He is satisfied with his earning as of now. As per his brand endorsements, he has appeared in a TV commercial for "Toyota Corolla". He can be seen living a luxurious lifestyle.

How tall is Ozuna?

Ozuna is a very handsome singer with a hot body. He has got an attractive personality. He has got a tall height of 1.65 m and his balanced weight is 60 kg. His hair color is black and the eye color of Ozuna is brown. He has a balanced and healthy body. He gains a lot of attention from viewers due to his glowing face and charming smile. His body build is slim. He maintains his body a lot by doing frequent exercises. He has got a healthy body as of now.

Trivias About Ozuna You Need To Know.