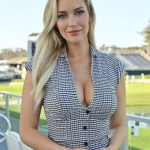 Paige Spiranac is a professional former golfer, social media personality, and golf instructor from the USA. She played Division 1 college golf at the University of Arizona and San Diego State University, winning All-Mountain West Conference honors during the 2012–13 and 2013–14 seasons, and leading the Aztecs to their first Mountain West Conference Championship in 2015. As a social media personality, she has over 260,000 subscribers and 145 instructional videos on YouTube, and 3.5 million Instagram followers. She has won many events and due to her fit body and attractive looks, she has been called a "beautiful blond golfer". Before golf, she was active in gymnastics. But, a knee injury ended her career and she moved to golf eventually. In 2006, she made her first TV show appearance in the Women’s Golf episode of the sports TV series, "Me vs. Me".

What Ethnicity is Paige Spiranac?

On 26th March 1993, Paige Spiranac took birth in Wheat Ridge, Colorado, USA. Her birth name is Paige Renee Spiranac. She holds American nationality and her ethnicity is American-Croatian. Her present age is 29 as of 2022. She was born into a Christian religious family. Her father, Dan, was a member of the University of Pittsburgh Panthers football team, which won the 1976 national college championship. Her mother, Annette, was a professional ballerina. Her older sister, Lexie, also received a college athletic scholarship, competing on Stanford's track team. She grew up in Monument, Colorado, where she practiced gymnastics in hopes of competing in the Olympics. At 12, a twice-broken kneecap derailed her gymnastics dreams and pushed her towards golf. She split time between Scottsdale, Arizona, and Monument, Colorado, as a home-schooled student, so that she would have time to train. She then earned a golf scholarship from the University of Arizona. During her freshman year, 2011–2012, she competed in three events for the University of Arizona Wildcats during their golf season: the Windy City Intercollegiate, the Pac-12/SEC Challenge, and the Wildcat Invitational. Her best score of the year was a 73, shot twice during the Windy City Intercollegiate. Later, she transferred to San Diego State for her sophomore year. She had a successful 2012–2013 season, with First-Team All-Mountain West honors, a fifth-place finish at the Cal Classic, a sixth at the Mountain West Championship, and nineteenth at the NCAA Central Regional Championships. Her 2013–2014 junior season resulted in Second-Team All-Mountain West Honors and one top ten finish at the Mountain West Championship. Her senior season ended with the Aztecs' first Mountain West Conference Championship in school history, which she described as "one of the absolute happiest moments of my life." In a 35-hole title match against Brittany Fan of the University of Colorado Boulder at Raccoon Creek Golf Course, she won, finishing nine strokes under par. As per her zodiac sign, she is Aries.

What does Paige Spiranac do for a living?

Who is Paige Spiranac Boyfriend?

Paige Spiranac was a married man previously. But she is single at present.  She tied a knot with her ex-husband, Steven Tinoco in 2018. In December 2016, it was revealed that Paige had gotten engaged to her longtime boyfriend, Steven Tinoco. He is a former minor league baseball player and currently works as a fitness trainer. It was also revealed that Steven had proposed to her in Dubai. On March 7, 2022, she announced that she was no longer married. She is enjoying her single life a lot. Her sexual orientation is straight. She divides her time between San Diego and Scottsdale. 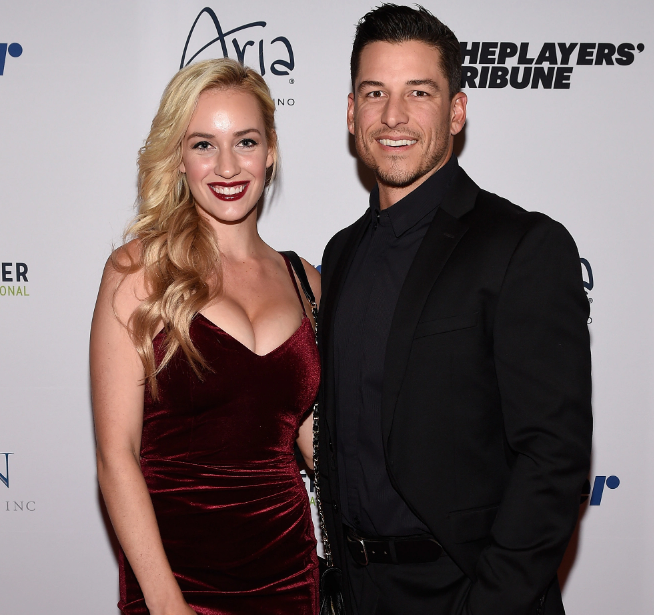 Paige's self-promotion has received criticism for "sexualizing women's golf". She sought to use the exposure to promote her anti-bullying campaign and continue to fight for a woman's right to feel comfortable in her own skin. The LPGA Tour introduced a stricter dress code in July 2017, restricting plunging necklines, leggings, and short skirts. This triggered immediate criticism, characterized by the Fox Sports headline "LPGA slammed for 'slut-shaming' its own players after new dress code restrictions revealed". She spoke against it in a Fortune magazine op-ed piece, "The Progression of Women's Golf Is Plunging Further than Our Necklines", which appeared just days after the LPGA announcement.

How much is Paige Spiranac Net Worth?

Paige Spiranac is a professional former golfer who is currently a social media personality and golf instructor whose net worth is estimated to have $3 Million as of 2022. Her exact salary is still to get disclosed yet but there is no doubt in the mind of her follwers that she is making a cool amount of money from her work. She ended the 2016 season with $8,010 in winnings. Several reports estimate that she makes around $14,000 per sponsored Instagram post, having several endorsements deals currently. She signed with Parsons Xtreme Golf (PXG) to represent its golf clubs in social media and television ads in 2017. She has been signed up as a spokesperson for Callaway, which produces golf sporting goods. In the same year, she also became a brand ambassador for 18Birdies to help market its golf app nationwide. She also has signed deals with Mizzen + Main and Philip Stein Watches. She has also done endorsement work for the ski apparel company Descente and Topgolf. Her main source of wealth comes from golf instructing career as well as from her social media personality. She is living a lavish lifestyle at present.

Paige Spiranac is a beautiful woman who stands at the height of 5 feet 7 inches or 1.70 m. Her well-maintained body weight consists of 55 Kg or 121 lbs. Her body type is Voluptuous. Her eye color is blue and her hair color is blonde. She has fuller lips with a toned figure. She has got a healthy body with a charming smile attracting a lot of people towards her. In June 2022, Paige was named the 'Sexiest Woman Alive' in Maxim's 2022 Hot 100 list and she was the first athlete to attain the No.1 spot on the Hot 100 list. She works out regularly to keep her enviable figure in shape and her performance in golf up. She also keeps on changing her workout routine so as to maximize the results. But overall, she focuses on using principles of HIIT interval training in her workout sessions. When she is looking to hit her whole body, she creates a circuit with 8 to 9 exercises such as lunges, shoulder presses, squats, jumping jacks, triceps extensions, and bicep curls. She usually rests about a minute between a circuit and repeats the whole circuit 6 to 8 times.

Trivias About Paige Spiranac You Need To Know.