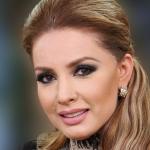 Patricia Navidad is a Mexican actress and singer who is well known for her telenovela roles as Alicia Ferreira in "La Fea Mas Bella" and Yadire in "Mariana de la Noche". Her role as Mireya Mendoza in the 1990s soap opera, "Cañaveral de Pasiones" turned to be a breakthrough for her even earning her a 1997 TVyNovela Award.

She also has a smooth singing career which she started releasing her debut song, "Instantes".

Patricia has been on the news regarding her career turn when her Twitter account got terminated in January 2021 for spreading misleading information on the COVID-19 epidemic. Her team later revealed she had tested positive with COVID-19 in August 2021, and she was admitted to the hospital. As of November 2021, Navidad is all set to return to television.

With her upcoming popularity, she has garnered over 38.6k followers on her Instagram: @patynavidadoficial.

What is Patricia Navidad famous for?

Where is Patricia Navidad from?

Patricia Navidad was born on May 20, 1973, in Culiacán, Sinaloa, Mexico. Her birth name is Ana Patricia Navidad Lara. Her nationality is Mexican. Navidad belongs to the White ethnicity while Taurus is her zodiac sign.

Born and raised in her hometown, Sinaloa, Patricia developed an interest in Mexican music at a young age thanks to her father, Jesús, who inspired her throughout her childhood.

Patricia had once said that her father's voice was her actual inspiration ever since she was born. She started singing at age of just 9 when she sang to the public for the first time in a school festival.

Apart, she participated in the Señorita Sinaloa(Miss Sinaloa) contest from where she earned a chance to study at Televisa's renowned youth acting academy, the Centro de Educación Artística.

Patricia Navidad’s Personal Life: Who is her Boyfriend?

Patricia Navidad is currently single. She doesn't seem to be dating anyone at the moment. However, she was engaged once back in 2007 with Emir Athié, a popular Turkish pop singer Their relationship didn't last long as they got separated just a year later in 2008.

Two years later, she began dating Leonardo Bours with whom she was together for over 8 years until they broke up in 2018.

Patricia Navidad has quite good earnings from her professional career as an actress and a singer. Her career which started at the early age of 9, Navidad has managed to come a long way up becoming one of the popular soap opera actresses. Her net worth is estimated to be around $1.2 million.

Patricia Navidad is a gorgeous lady with a well-maintained slim body physique in her 40s. Since she was an actress at a young age, she has had an attractive personality and body physique.

She stands tall with an average height of 5ft. 7inches while her body weighs around 57kg. She has a fair complexion with beautiful brown eyes and blonde hair.

Trivias About Patricia Navidad You Need To Know.