Paul Fierce Gets Roasted For His Comments on Dwyane Wade 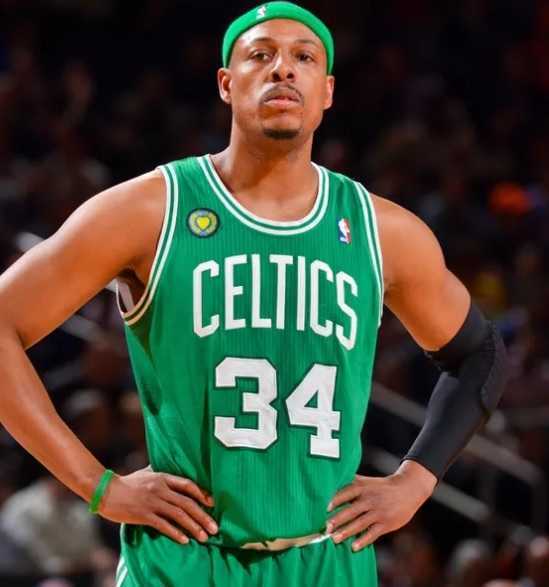 Paul Pierce who spent almost two decades of his professional basketball career in NBA said that he had a better career than Dwayne Wade. Following his comments about Dwayne Wade, the 41-years old former Boston Celtics legend has faced trolls over the internet. Dwyane Wade's son, his wife and other basketball players took to social media to roast the former Celtics player.

The shooting guard, Wade's son Zaire Wade roasted Paul Pierce via his Tweet, "I don't wanna hear it. Dude played 19 years and won 1 ring. Not to mention we did knock them out of the playoffs, right? Oh right. Now that's 'The Truth'."

Wade's Wife Gabrielle Union also took to Twitter to slam Pierce. She wrote on Twitter, "This @paulpierce34 thing is wrong on many obvious levels but what I find most troublesome is this idea of a man trying to diminish another man that looks like him, was raised like him, in order to shine a tad brighter. Shit isn't entertaining, it's sad."

The small forward, Piece played 19 seasons in the NBA. He played 15 seasons for the Celtics reaching the NBA Finals twice and winning once. He later played for Brooklyn Nets, Washington Wizards, and Los Angeles Clippers before retiring in 2017. He is also the only one of three players to score over 20,000 points with the Celtics.

Who is Dwyane Wade?

Dwyane Wade started his NBA career with Miami Heat in 2003 winning the NBA championship thrice in 2006, 2012, and 2013. Wade helped the Miami to win back to back two NBA championships in four consecutive NBA Finals. He played for Chicago Bulls and Cleveland Cavaliers later returning to his first team, Miami Heats in 2018. The 37-years old shooting guard still plays professional basketball for the Miami Heat in the NBA. He also led the United States men's basketball team in scoring, while their team "Redeem Team" clinched the gold medal at the 2008 Summer Olympics.