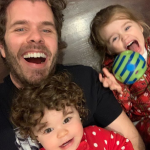 Perez Hilton is one of the talented and renowned bloggers, columnist and a television personality from America who is better recognized for uploading gossiping related to celebrities.

Talking about his early life, He experienced his childhood in Miami, Florida, United States. His parents are named Teresita and Mario Lavandeira. He was born as Mario Armando Lavandeira Jr. parents of Cuban and American descent. He was raised in the middle-class family. He is an American. He also has one sister named Barbara Lavandeira.
After graduating from Belen Jesuit Preparatory School, he won a scholarship for his education at New York University. He then joined there and majored in acting. There he learned more about dramas and arts and graduated from there in 2000.

Awards and Achievements of Perez Hilton

Net Worth of Perez Hilton

The actual figure his salary is $3,500 dollars per day; however, his net worth is rumored to be around $30 million. Her source of income comes from his websites (PerezHilton.com), his blogs, and as a TV personality.

There is no information regarding his marriage. However, Perez Hilton has kids named Mario Armando Lavandeira III, Mia Alma Lavandeira and Mayte Amor through the process of surrogacy. As a matter of fact, he has never married nor had a wife.

He has a perfect height standing at 6 feet 0 inches (1.83 m). Apart from that no information of his body measurements.

Trivias About Perez Hilton You Need To Know.