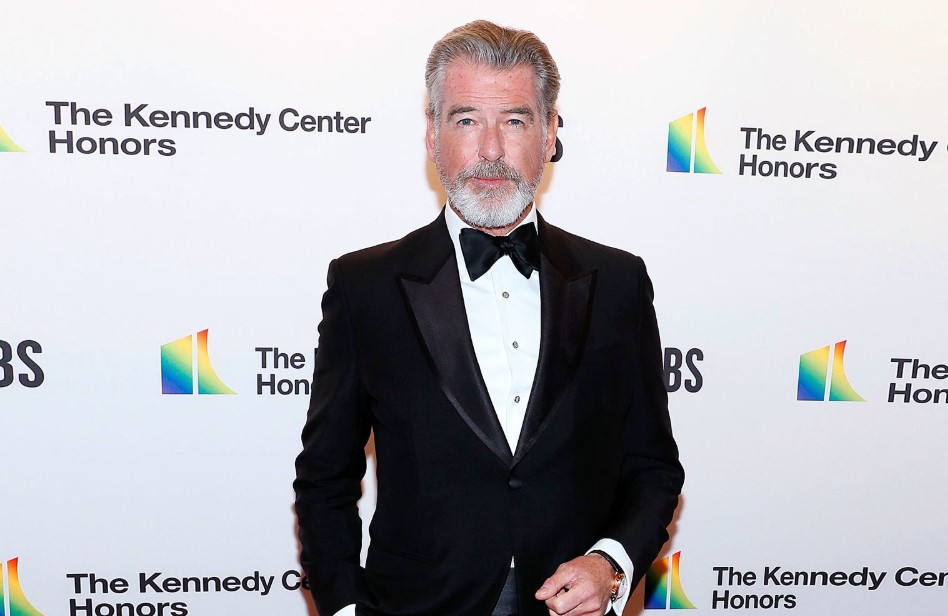 Pierce Brendan Brosnan, popularly known as Pierce Brosnan is an Irish-American actor. He is a well-known actor from Hollywood after a long struggle with his personal life and career life. He is famous for starring as James Bond in the movies GoldenEye, Tomorrow Never Dies, The World is not Enough and Die Another Day, and won Best Actor award from Saturn Award in 1997 and 1999.

What is Pierce Brosnan Famous For? 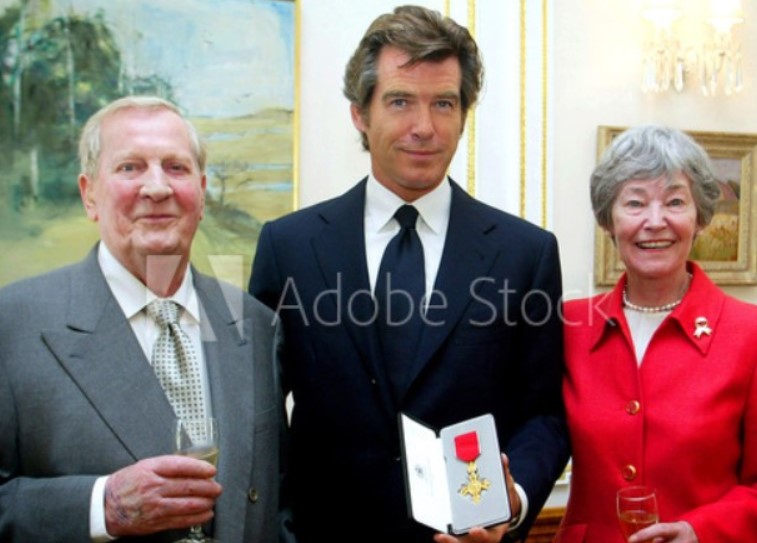 Where is Pierce Brosnan From?

Pierce Brosnan was born on 16 May 1953, in Lady of Lourdes Hospital in Drogheda, Country Louth, Ireland. His father, Thomas abandoned his family when he was only 4 years old and grew up with his grandparents, and his mother, May moved to London to work as a Nurse. He holds an Irish nationality. He is also a naturalized citizen of the United States. His zodiac sign is Taurus. He is Irish Catholic by religion. Brosnan left Ireland on 12 August 1964 and was reunited with his mother and her new husband, William Carmichael, now living in the Scottish village of Longniddry, East Lothian. Carmichael took Brosnan to see a James Bond film for the first time (Goldfinger), at the age of 11. Later moving back to London, Brosnan was educated at Elliott School, a state comprehensive school in Putney, southwest London, now known as Ark Putney Academy. Brosnan has spoken about the transition from Ireland to England and his education in London; "When you go to a very large city, a metropolis like London, as an Irish boy of 10, life suddenly moves pretty fast. From a little school of, say, seven classrooms in Ireland, to this very large comprehensive school, with over 2,000 children. And you're Irish. And they make you feel it; the British have a wonderful way of doing that, and I had a certain deep sense of being an outsider." When he attended school, his nickname was "Irish".

Brosnan attended St. Anne’s Primary School and dropped out of school at the age of 16 and start doing acting courses when Carmichael took Pierce Brosnan to see a James Bond film for the first time (Goldfinger). Brosnan was Educated at Elliott School, a state comprehensive school in Putney, Southwest London, now known as Ark Putney Academy. 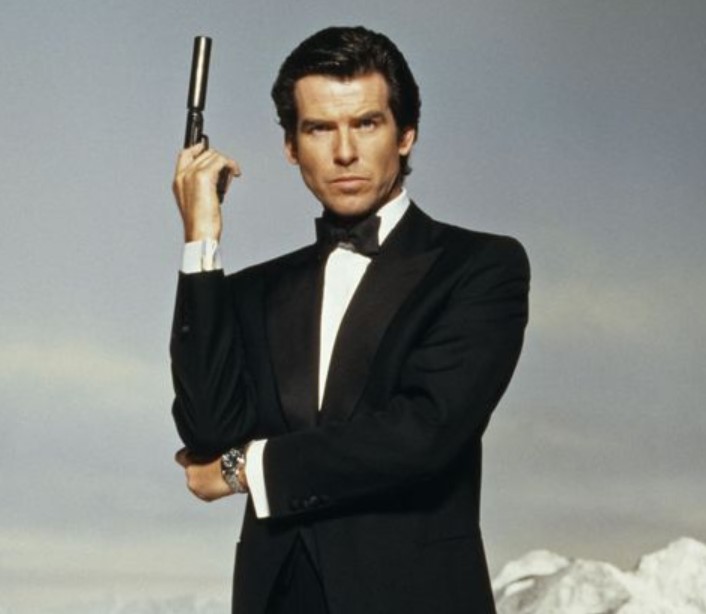 The success of being a celebrity is his hard work, determination. He performs wherever he could on the street and even as a fire eater in the circus. He killed everyone and honed his craft and manage to win a place at the Drama Centre London. After graduation, the tall blue-eyed young man became an assistant stage manager, then and understudy for the lead in a Tennessee Williams play. He delivered a great performance and applauded before stepping in the stage of the main actor. It also brought him to the attention of legendary director France Zeffirelli who cast him in a West End play.

He had a hard time and struggled to cope with her wife’s cancer and death while he was filming “The Deceiver” in Rajasthan India, which broke him from inner but didn’t move back. He has played many stage shows, dramas, movies, video games in Ireland and in the US. He became a US citizen on 23rd September 2004 but retained his Irish Citizenship. Most of all his James Bond 007 movies were nominated and won Best Actor awards in his high peak years in the ’90s.

We all have our fears and insecurities, and Brosnan is no different. Despite playing one of the bravest characters known in the world of cinema the Irish actor suffers from claustrophobia (Extreme or irrational fear of confined places). Due to this, it led to the filming of Roger Donaldson’s film, “Dante Peak” 1997, posing a problem for Brosnan.

For most people, a salary is about as good as it gets, maybe with odd bonus chucked in but for Pierce Brosnan, he didn’t get a whopping big sum of money for playing James Bond, he also got given a brand new car courtesy of BMW for each film he did. In “GoldenEye” movie he was gifted with a BMW Z3, for “Tomorrow Never Dies” he walked away with BMW 8 series, and finally for “ The World is not Enough he received BMW Z8.

Brosnan likes having a little play around with fire every now and then as he is in fact a professional fire-eater. The actor performed a fire-eating act at a circus during his younger years and since then he even performed his impressive talent in front of the cameras. He showed off his skills on a “Remington Steele” in 1982 episode during the second season and also performed his act in Muppets Tonight. Pierce Brosnan in 1996.

He has Played numerous  TV series since 1980 till these dates. “Hammer House of Horror”, “The Professionals”, “Manios of America”, Bag of Bones”, “The Son”, and host the show in television for Breakthrough Prize Ceremony in 2018. There is also a Video game For James Bond’s 007 for all the movies and it was developed by Eurocom for the Plationstation 2, GameCube, and Xbox consoles, with a PC port by Gearbox Software and Mac port by Aspyr where you can enjoy his character playing on games. 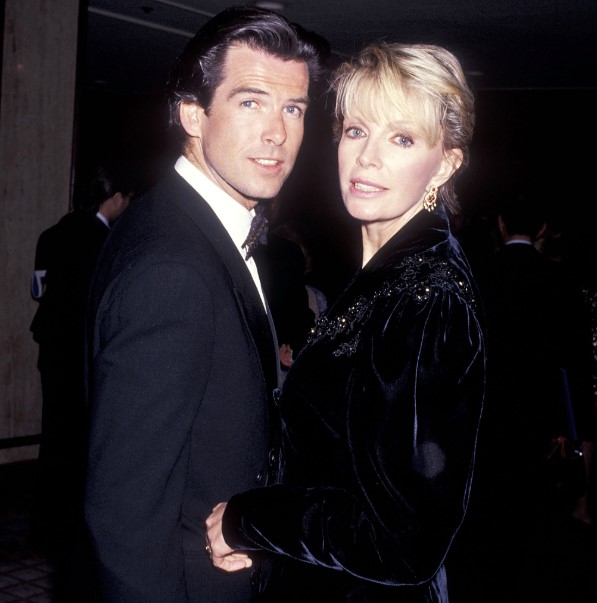 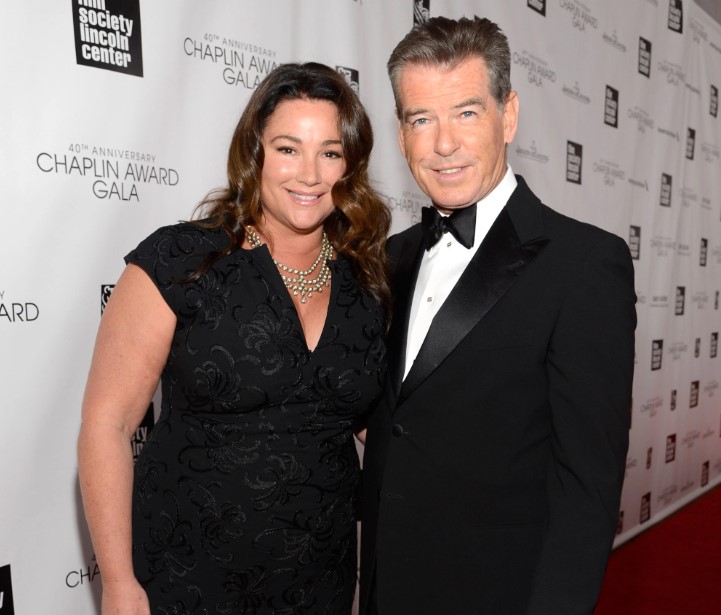 Who is Pierce Brosnan Married to?

Pierce Brosnan has been married twice. His 1st wife is Sandra Collen Waites, An Australian actress known professionally as Cassandra Harris. Cassandra died on 28 December 199 at the age of 43 due to ovarian cancer. He went through really a bad time when this incident happened.

Brosnan then married his 2nd wife, an American Journalist Keely Shaye Smith. They got married in 2001 at Ballintubber Abbey in Country Mayo, Ireland after the arrival of Paris in a fairy tale wedding. The couple shares two kids, Dylan and Paris. 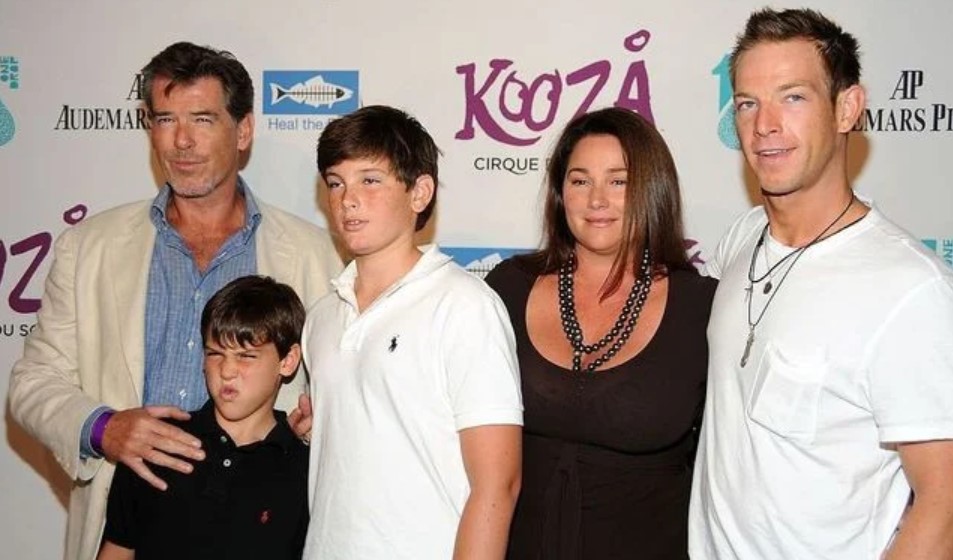 How Tall is Pierce Brosnan?

What is Pierce Brosnan’s Net Worth?

Pierce Brosnan mostly earns from his acting career. He has appeared in numerous movies and tv shows to date, notably for appearing as James Bond. He has also produced several films. In his prime, he endorsed numerous brands. He earned quite a fortune from his endorsements as well. Summing up, it can be said that the major source of his income comes from working in the entertainment industry. His net worth is estimated at $100 million.