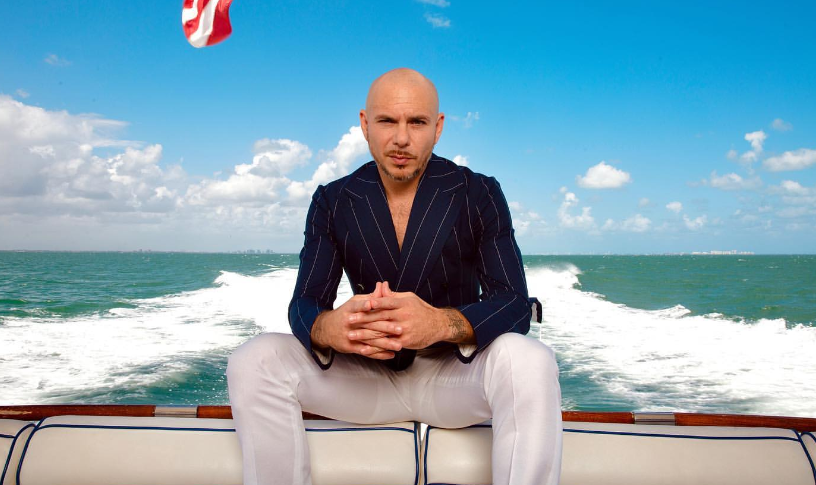 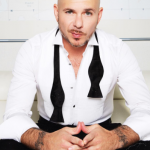 Pitbull is an American rapper, singer, actor, and record producer who began his career in the early 2000s, recording reggaeton, Latin hip hop, and crunk music under a multitude of labels. On August 3, 2004, Pitbull released his debut studio album M.I.A.M.I. (an abbreviation of Money Is a Major Issue) via TVT. The album contains 16 songs in length, more than an hour long. The album peaked at number 14 on the US Billboard 200 chart. It was able to sell 644,000 album copies just in the U.S.

Pitbull later released his second album, El Mariel, in 2006 and his third, The Boatlift, in 2007. His fourth album, Rebelution (2009), included his breakthrough hit single "I Know You Want Me (Calle Ocho)", which peaked at number two on the US Billboard Hot 100 and number four on the UK Singles Chart. His next English-language album, Planet Pit (2011), featured his first US number one single "Give Me Everything" (featuring Ne-Yo, Afrojack, and Nayer). He performed the song "We Are One (Ole Ola)" (with Jennifer Lopez and Claudia Leitte), which served as the official theme of the 2014 FIFA World Cup. He released his latest album Libertad 548 on September 27, 2019.

He has worked alongside Lil Jon, Eminem, 50 Cent, Afrojack, NeYo, Ying Yang Twins, Twista, Adassa, JLo, and more during his career work. He appeared as himself in the 2012 documentary film La Gasolina: Reggaeton Explosion which was his debut film. In 2007, he appeared in an episode of the American hidden camera-practical joke reality television series Punk’d (debut TV show). He is nicknamed Lil' Chico, Mr. 305, Mr. Worldwide.

What is Pitbull Known For?

What is Pitbull's Real Name?

Pitbull was born on January 15, 1981, to Cuban emigrants. He is from Miami, Florida, USA. His real name is Armando Christian Pérez. He is the son of Alysha Ángela Acosta and José Antonio Armando Pérez Torres. He holds American nationality and his ethnicity is Cuban-Spanish. His present age is 41 as of 2022. His zodiac sign is Capricorn and he follows the Christianity religion. His parents divorced when he was young and he was supported by his mother alone. He later spent time with a foster family in Roswell, Georgia.

He became interested in music at an early age. Jose Marti, a Cuban national hero, and poet influenced him and even at the age of 3, he could recite his most famous works. He spent his childhood listening to Salsa, Merengue, Bachata, Bass Music, Hip-Hop, Techno, House, and Rave.

He completed his education at South Miami Senior High School and graduated from Miami Coral Park High School. After that, when he was 16, he was kicked out of his house as his mother found him selling drugs. So, homeless Pitbull focused on his singing career. He said he chose his stage name of Pitbull because the dogs "bite to lock.

Everything To Know About Jennifer Lopez

How much is Pitbull's Net Worth?

Pitbull is a Cuban-American rapper and songwriter who has a net worth of $100 million as of 2022. He is making his annual salary in millions of dollars. His main source of wealth comes from the music industry. He is in the industry since the year 2001, and also works as a businessman, brand ambassador, and songwriter. He is living a lavish lifestyle at present.

He has amassed a global sales total of over 25 million studio albums and over 100 million singles. As of May 2020, he has accumulated over 15 billion views on YouTube. He was rated 45th on Billboard’s Top Artists of the 2010s and 24th on Billboard’s Top Latin Artists of the 2010s. In 2010, Pitbull took part in the "So Kodak" campaign for the Kodak brand with Drake, Rihanna, and Trey Songz. He also launched a partnership with the soft drink giant Dr. Pepper as part of the campaign "Vida 23" for which he recorded a song that featured on his album Armando. He also announced he has become the spokesperson for Voli Vodka, in which he holds a majority equity stake, and Budweiser has chosen Pitbull to promote its Bud Light line of beer.

Pitbull has also purchased an equity stake in Miami Subs Pizza and Grill. In 2012, Pitbull was involved in an advertising campaign with Walmart. In November 2013, he started a fragrance with Jacavi Worldwide and Parlux Ltd. On May 19, 2015, Pitbull launched a new radio channel on Sirius XM Radio, called Pitbull's Globalization Radio, which is centered around Rhythmic, Dance/EDM, and R&B/Hip-Hop products from artists from around the world. In 2019, Pitbull joined Boost Mobile to create a series of advertisements to expand Boost Mobile to Spanish communities.

On February 2, 2020, Pitbull was featured in a Super Bowl commercial for Super Bowl LIV, alongside Jennifer Lopez, DJ Khaled, Alex Rodriguez, and Steven Van Zandt. On January 15, 2021, it was announced that Pitbull became a co-owner of the NASCAR Cup Series team Trackhouse Racing.

Is Pitbull Married or Dating Someone?

Pitbull is an unmarried man. “I’m single, bilingual, and ready to mingle,” he told. He keeps a lot of the details of his personal life very private, so it can be difficult to dig too much into what his home life looks like. There are no public records of Pitbull getting married. Even though Pitbull is not married, he does have a few baby mamas. He was reportedly in a relationship with a woman named Barbara Alba for 10 years. Together, they had two children — a daughter named Destiny (born in 2002) and a son named Bryce (who was born in 2003). Pitbull has paid tribute to Destiny and Bryce by having their portraits tattooed on his arms. The pair broke up in 2011. 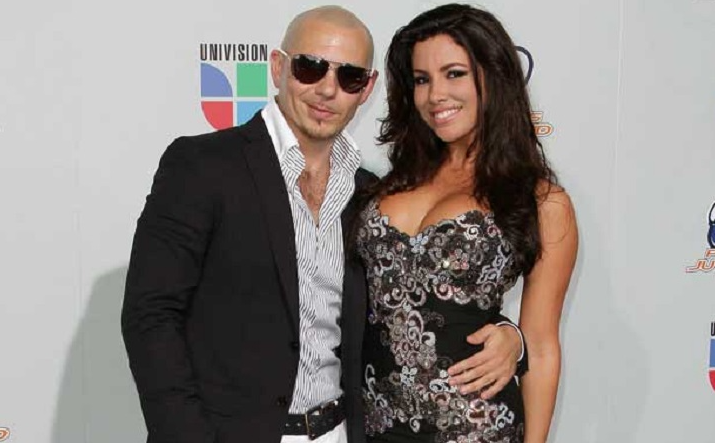 He provides the mother of two with $3000 in child support – without any legal documentation. However, Destiny and Bryce are not Pitbull’s only children. He reportedly has six children in total, though his other kids’ names and mother(s) are not publicly known at this time.

Previously, Pitbull had an affair with a Mexican model Olga Loera in May 2012.

Pitbull stands tall at the perfect height of 5 ft 7.5 in or 171.5 cm and his body weight consist of 78 kg or 172 lbs. His hair color is bald and he has a pair of blue eyes. His body build is average. He frequently goes to the gym and he is very conscious about his food intake. He has got a healthy body at present.

Trivias About Pitbull You Need To Know.

What is the color of Pitbull's hair?

What is the color of Pitbull's eye?

Where was Pitbull born?

Pitbull was born in Miami, Florida, US.

What is the net worth of Pitbull?

The net worth of Pitbull is $100 Million.

Who is the mother of Pitbull?

The mother of Pitbull is Alysha Ángela Acosta.

Who is the father of Pitbull?