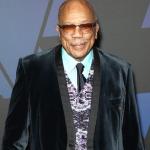 Quincy Jones is a popular American record producer, multi-instrumentalist, songwriter, composer, arranger, and film and television producer who has spent his altogether 60 years in the music industry. With a record 80 Grammy Award nominations, 28 Grammys, and a Grammy Legend Award, Jones has managed to mark his name as the first African-American to be the musical director and conductor of the Academy Awards ceremony and to receive the Academy's Jean Hersholt Humanitarian Award. He was also inducted into the Big Band and Jazz Hall of Fame in 1988.

What is Quincy Jones Famous for? 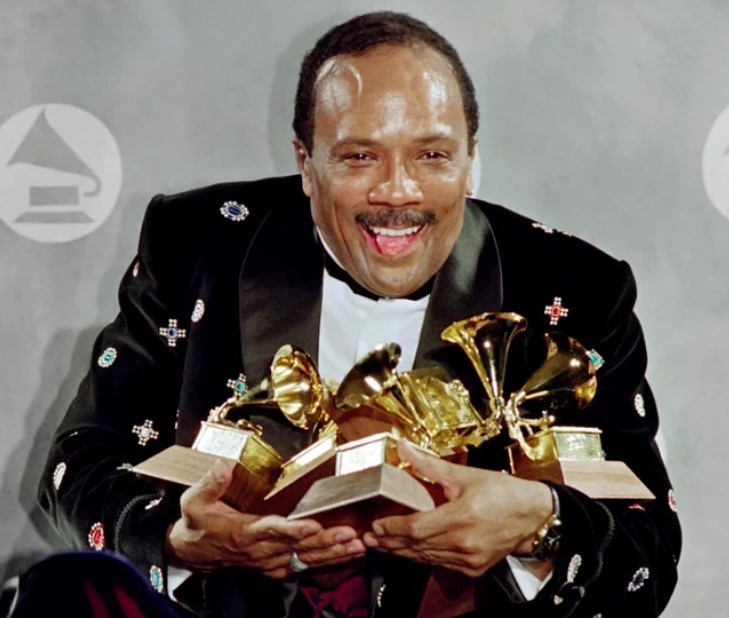 Where was Quincy Jones Born?

Quincy Jones was born on March 14, 1933, in Chicago, Illinois, United States. His birth name is Quincy Delight Jones Jr. His nationality is American. Jones belongs to African-American ethnicity while Pisces is his zodiac sign.

Jones was born as the son of Quincy Delight Jones Sr.(father) and Sarah Frances(mother). His father was a semi-professional baseball player and carpenter while his mother was a bank officer and apartment manager. His mother suffered from schizophrenia while he was young because of which his father took divorce from her and remarried to Elvera. He has 7 siblings out of which 3 are his step-siblings.

Later, his family moved to Washington where he attended the Garfield High School and got involved in music eventually forming a band with his fellow schoolmates. In 1951, he won a scholarship to study at Berklee College of Music, Boston.

He left studies to pursue his career in music and even set on a tour with a band as a trumpeter. He was inspired by legend singer, Ray Charles. 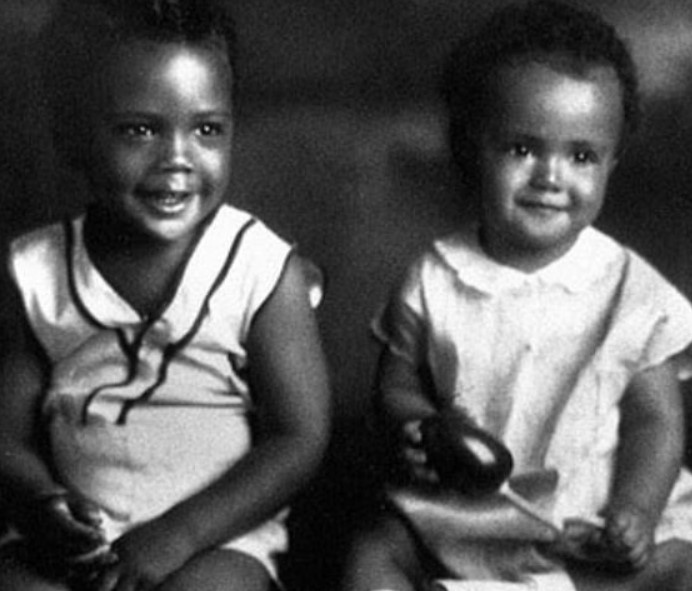 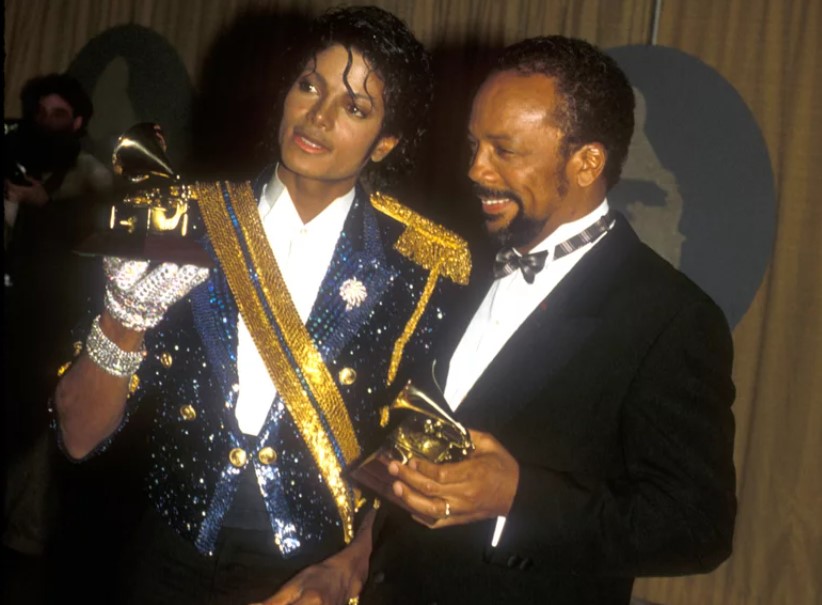 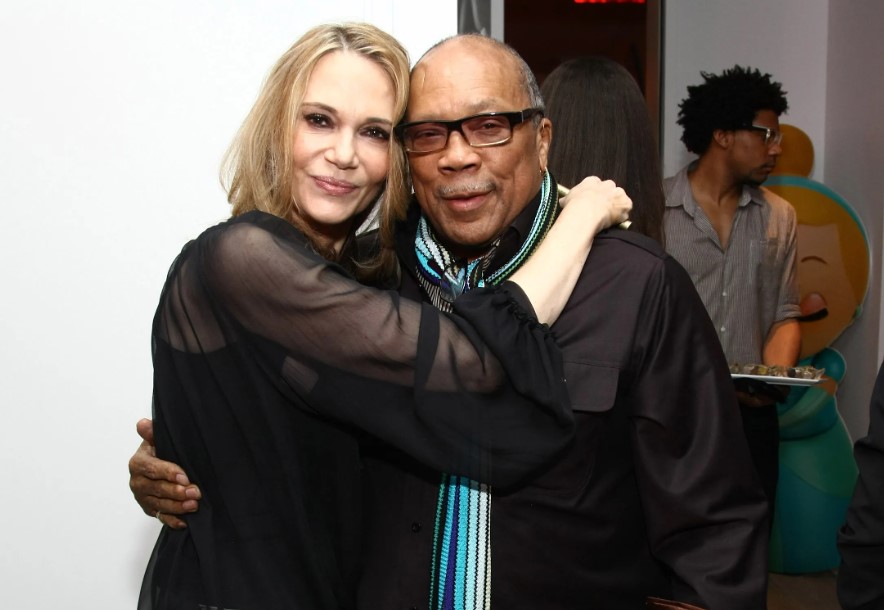 Who is Quincy Jones Married to?

Quincy Jones has been married three times throughout his entire lifetime. He first got married to Jeri Caldwell in 1957. The couple together had a daughter called Jolie Jones. However, after 9 years of their marriage, they divorced and separated in 1966. Jones later had a brief affair with Carol Reynolds with whom he had a daughter named Rachel.

Later in 1967, he got married to his second-wife, Ulla Andersson. Ulla is a Swedish actress with whom he had two children: a daughter, Martina, and a son, Quincy. However, their relationship didn't last long as well as they divorced after 7 years of their marriage in 1974.

However, a day after his divorce from Andersson, Jones married his third wife, American actress Peggy Lipton. They had two daughters, Kidada and Rashida, both of whom became actresses. Their relation also didn't last long as they separated apart in 1990.

He later dated and lived with German actress Nastassja Kinski from 1991. Four years later, in 1995, they separated away and even had a daughter named Kenya, who became a fashion model. 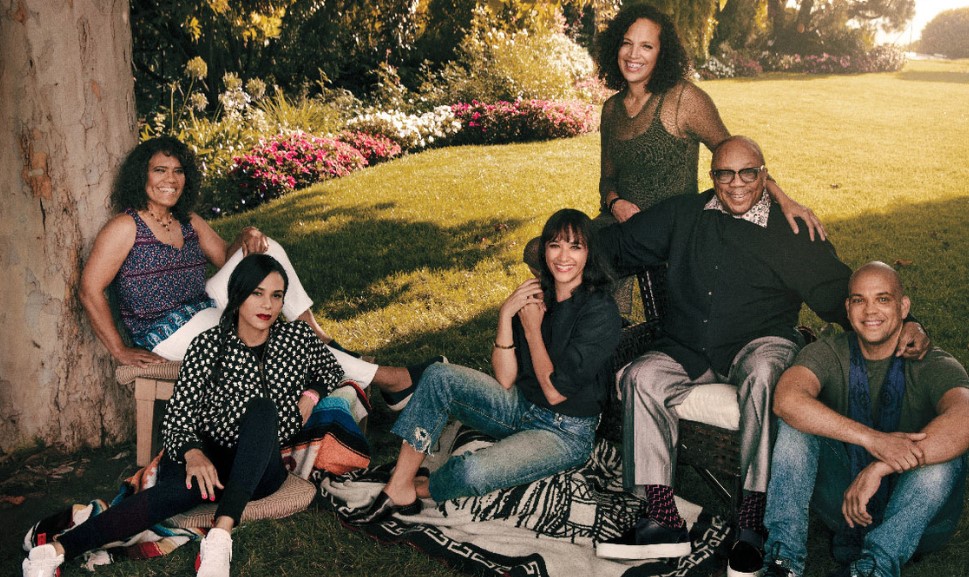 What is the Net Worth of Quincy Jones?

The 87 years old Quincy Jones has quite great earnings from his professional career as a record producer. Working in this field for more than 6 decades, he has managed to amass a million worth fortune from his several albums and concert tours.

His hard work turned him to be a multi-millionaire having an estimated net worth of around $450 million.

How Tall is Quincy Jones?

Quincy Jones is a good-looking man in his 80s. He has an average body physique. He stands tall with a height of 1.69 m while his body weighs around 83kg.

Trivias About Quincy Jones You Need To Know.