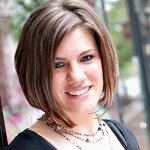 Rachel Held Evans who was born Rachel Grace Held was an American Christian columnist, blogger, and author. Her book A Year of Biblical Womanhood was on The New York Times' e-book non-fiction best-seller list. As of now, she was not with us but her writing books make her alive among us forever. Today, Let’s explore in detail about the author biography in detail below.

What is Rachel Held Evans Famous for?

Where is the birthplace of Rachel Held Evans?

Back to his early life, Evans was born in Alabama, to Peter and Robin Held, and spent her early years in Birmingham. At age 14, she and her family moved to Dayton, Tennessee, where her father took an administrative position at Bryan College. Rachel considered herself as Eshet Chayil, Hebrew for a woman of valor. John Stephen Piper, the pastor of American Reformed Baptist, often preached using and referring to books by Rachel Held Evans.

Regarding her education, She attended Rhea County High School and then went to Bryan College where she majored in English literature. Later, Rachel received her Bachelor of Arts degree in 2003.

Talking about her nationality, She is American and belongs to the white ethnic group. Her birth sign is Gemini and follows Christianity.

When did Rachel Held Evans her writing career?

Who is the husband of Rachel Held Evans?

Reflecting her personal life, Rachel met and married her college boyfriend, Dan Evans in 2003. The couple moved to Chattanooga, Tennessee, where she worked as an intern for the Chattanooga Times Free Press. They were later married and had two children whose names are not in the public domain. Before her death, she lives a blissful life with her husband and children without any rumors of separation.

Further, A popular progressive Christian writer and speaker, died Saturday morning (May 4) at age 37 after a brief illness.

What is the reason behind Rachel Held Evans death?

Rachel Held Evans died on Saturday, May 4th, 2019 at a hospital in Nashville, Tennessee at the age of 37. Rachel entered the hospital in mid-April with the flu, and then had a severe allergic reaction to antibiotics. According to her husband, Dan Evans, she then developed sustained seizures. Doctors put her in a medically induced coma, but some seizures returned when her medical team attempted to wean her from the medications that were maintaining her coma. Her condition worsened on Thursday morning, and her medical team discovered severe swelling of her brain. She died early on Saturday morning.

How much is Rachel Held Evans net worth?

As a progressive Christian writer and speaker, She must assume the sum of good money from his successful career. According to some online sources, her net worth and salary elaborate in under a review. In the case of disclosed, we will let you know.

How tall is Rachel Held Evans?

Before her death, She stands a height of 5 feet 6 inches and weighs around 68 kg. Similarly, She has a pair of blue eyes and blonde hair color. Her other body information yet to be disclosed. In the case of disclosed, we will let you know.

Trivias About Rachel Held Evans You Need To Know.