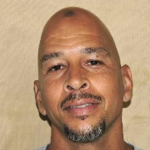 An American criminal and former American football wide receiver who was drafted in the first round of the 1997 NFL Draft by the Carolina Panthers of the National Football League (NFL) is named as Rae Carruth. With this team, he spent three seasons. He plays in the game by wearing shirt number of 84 or 89 in the wide receiver position.

Rae was found guilty of conspiring to murder his then-girlfriend Cherica Adams, who was pregnant with his child in the year 2001. Due to this, he served 18 years of an 18-24 year prison sentence at the Sampson Correctional Institution in Clinton, North Carolina, and he was released on 22nd October 2018 on Monday.

Former Carolina Panther Rae Carruth released from prison. Rae Carruth, a former NFL star who was found guilty of conspiracy to commit the murder of his girlfriend and attempting to destroy their unborn child almost 20 years ago, was released from prison Monday morning. Carruth, 44 years, walked out of the Sampson Correctional Institution in Clinton, North Carolina, as a free man shortly after 8 am ET. He got into a white Chevrolet Tahoe that was waiting for him, which quickly pulled away.

Rae Carruth was born on 20th January 1974 in Sacramento, California, the U.S. with the birth name of Rae Lamar Wiggins. His nationality is American. He was born to Theodry Carruth, his mother. His stepfather name is Samuel Carruth. His real father name is not revealed yet. He has not revealed the information about his siblings.

Moving towards his education, he attended Sacramento (CA) Valley High School and later he was graduated from Colorado College. He was accepted on a football scholarship to the University of Colorado Boulder.

Rae has got a very attractive and sexy body. He maintained his body fit. He has a tall height of 1.80 m and has a balanced weight of 88 Kg. He has a good health. With his charming face, he attracts a lot of followers towards him.

Rae Carruth is not married yet but he is in a relationship. In his sophomore year, he has his Sacramento girlfriend, Michelle Wright. She gave birth to their son named Raelondo. But Rae Carruth neglected Raelondo until Wright sued him for child support. Later, Wright testified that Carruth agreed to pay $2,700 in child support, half of what he was ordered to pay by a judge, on condition that he be a better father, something he failed to do.

He also had a relationship with Cherica Adams. At the 8 months pregnant, she fell into a coma. Doctors delivered the baby via emergency cesarean section. He then went to the police and posted $3 million bails, on condition that if either Adams or the infant died, he would turn himself in. Adams died on December 14, 1999. The baby, named Chancellor Lee Adams, survived, but suffered permanent brain damage and cerebral palsy as a result of being without oxygen for 70 minutes before he was born. He then quickly fled after Adams death, but was captured on December 15 in West Tennessee, found hiding in the trunk of a car outside a motel in Parkers Crossroads. The Panthers waived him on December 16 citing a morals clause in his contract, and the NFL suspended him indefinitely on December 17.

Net Worth of Rae

The net worth of Rae is estimated to have approximately $368,000 as of 2018. A lot of money of him was mostly eaten by his legal defense. Despite that, he is also earning a good amount of money. His salary has not been revealed yet and will be updated soon.