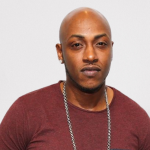 Michael Lawrence Tyler, professionally known as Mystikal is a versatile American rapper. He released his debut album "Mystikal" with Big Boy Records in 1994 which was certified as Gold by American Recording Industry and his 2003 album "Tarantula" was nominated for a Grammy. He began working on his music career in 1990, and it led to his debut release in 1994. Mystikal's popular song, "Shake Ya Ass," peaked at #13 Billboard Hot 100 in 2000. He previously joined the United States Army as a combat engineer. As well, he made his film debut with the comedy film, "I Got the Hook Up" in the role of T-Lay Boy #3 in 1998. Additionally, he was seen on Just a Lil' Thick (She Juicy) by Trinidad James in April 2016.

Where is Mystikal from?

Mystikal opened his eyes for the very first time on 22nd September 1970 in New Orleans, Louisiana, U.S. He was born with the real name of Michael Lawrence Tyler in a Christian religious family. He is American by nationality and African-American by ethnicity. Mystikal's present age is 51 which he celebrated back in 2021 and as per his birthdate, his zodiac sign is Virgo. Thus, his race is black. Mystikal's father, who ran a small neighborhood store, died when Tyler was seven whereas his mother's details are not known. He also had one sister named Michelle Tyler who was also a singer. His sister sadly died in September 1994 as she was found dead in her bedroom, having been stabbed and strangled. Her boyfriend at the time, Damion Neville, was charged with murder but later acquitted due to a lack of evidence and a recanted confession.
Moving to Mystikal's education, he attended Cohen High School. After graduating from high school, Mystikal attended psychology and business classes in the army.

Mystikal is an unmarried singer. He was in a relationship with a singer, rapper, and actor named Monica with whom he later got separated. Then he was in love with author Karrine Steffans, who went on to reveal intimate details of their affair in her autobiography "The Vixen Diaries". After that, he dated Nivea from 2000-2001. Mystikal is also a blessed father of a son named Million and a daughter named My'chelle. Currently, he seems to be single. Concerning his sexual orientation, he is straight.

Mystikal has established himself an identity already. He has a net worth of $1 million as of 2022 whereas he has also a handsome amount of salary which is around thousands of dollars per year. He's living an American dream and he has the access to all the world's luxury and comfort. In addition, Mystikal's major source of income is his rapper career and he is happy and satisfied with the profession he is in.

How tall is Mystikal?

Mystikal is 5 ft 11 in or 180 cm tall and his body weighs around 88 kg or 194 pounds. He has a good-looking bald head and dark brown eyes color. Besides, his body build type is average. His physique combined with his perfect height and masculine look takes him to the top of the desired list in the young gen women.