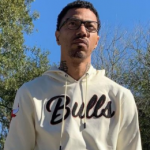 Snootie Wild was an American rapper and singer. He was best known for his first single, "Yayo", whose success helped launch his career. The song is charted in the Billboard Hot R&B/Hip-Hop Songs chart. In October 2013, it was announced that a fellow Memphis-based rapper, Yo Gotti, had signed Wild to his Collective Music Group (CMG) imprint.

In September 2014, Wild released his first extended play, Go Mode. The EP's second single, "Made Me", peaked at number 93 on the US Billboard Hot 100 chart, becoming the highest-charting single of his career. In 2018, he was featured in Jazz Anderson's non-album single "Back it up". His youtube channel @SnootieWildVEVO has 219k subscribers.

On February 25, 2022, Wild was reported to have been shot fatally in the neck when an argument with another driver exploded into violence after with random couple erupted after he accidentally backed his car into a ditch. The Memphis rapper was initially said to be in critical condition after being found shot in his SUV and was given a 50/50 chance of survival after taking him to a hospital in Houston. The following day, it was reported that he had died only at the age of 36.

What is Snootie Wild famous for?

Where was Snootie Wild born?

Snootie Wild was born on 23rd April 1985 in Memphis, Tennessee, U.S. His birth name was LePreston Porter. He held an American nationality and belonged to the Afro-American ethnicity. His star sign was Taurus. He was a follower of Christianity.

Wild was born into a middle-class family. The information regarding his parents is not revealed at the moment. He grew up with his four sisters. He chooses street life after the age of 17. He used to spend most of his time in the street with his neighborhood friends. He studied at a local community school in his hometown Memphis but barely attended the classes.

At the time of writing, it is not clear whether Wild was married or not. However, the only thing known is after his demise he has left his four children and their mother's identity is unknown at the moment. While taking a glimpse at his official Instagram account he can be seen striking pose with women and two children who seem to be Wild's partner and children. Moreover, in the same picture, his fans have flooded comments writing a happy family. But we are not 100% sure about his relationship status.

At the time of his death on 26th February 2022, the net worth of Snootie Wild was around $100 thousand. Snootie Wild had managed to earn such a huge fortune through his rapping career via album sales.  He also used to earn his income from tours, concerts, music festivals, and live performances. A major part of his income also used to come from his youtube channel.

How tall is Snootie Wild?

Young Dolph was a very tall man with a height of 6 feet and his body weight was around 68 Kg. He had a lean build body. He used to look handsome in his dreadlock hairstyle that was black in color. He used to go to the gym every day and keep himself fit and healthy.

He had a pair of black eyes. He used to have a clean face with no beards. A huge fan of tattoos, Dolph had carved tattoos on his neck and his right arm, and right shoulder.

Trivias About Snootie Wild You Need To Know.