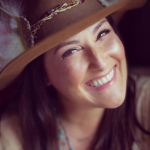 Ricki Lake is an American actress, television presenter, and producer. People mostly know her for her talk show which was broadcast internationally from September 1993 until May 2004. Additionally, she has appeared in movies and television series including ‘Gemini’, ‘Hairspray Live!’ and ‘Crazy Ex-Girlfriend’ among others.

Ricki Lake was born as Ricki Pamela Lake in Hastings-on-Hudson, New York to parents Jill and Barry Lake. Throughout most of her childhood years, she was brought up by her paternal grandmother, Sylvia Lake, until Sylvia’s death in 1978. She is of American nationality. Furthermore, she belongs to the Ashkenazi Jewish ethnic background.

Ricki Lake initially made her film debut as Tracy Turnblad, the lead character in John Waters’s 1988 cult-classic ‘Hairspray’. Next, she also starred in other Waters films including ‘Cry-Baby’ and ‘Cecil B. Demented’, and ‘Serial Mom’. Since then, Lake has appeared in numerous other movies and television series. All in all, she has over 40 credits as an actress.

Similarly, some other movies and television series that Lake has appeared in are ‘Drop Dead Diva’, ‘Charm School with Ricki Lake’, ‘Loving Leah’, ‘Matters of Life & Dating’, ‘The Middle’, ‘Park’, ‘King of the Hill’, ‘Higglytown Heroes’, ‘The King of Queens’, ‘The Critic’ and ‘Skinner’ among others. Additionally, she also has 8 credits as a producer and has 3 credits for soundtracks. ‘Ricki Lake’ was Lake’s first daytime talk show and at 24. She is also an author and has written books including ‘ Your Best Birth: Know All Your Options, Discover the Natural Choices, and Take Back the Birth Experience’.

Furthermore, In March 2018 at SXSW, Lake and Epstein premiered their documentary film Weed the People, examining the use of cannabis as medicine and its status as a Schedule I prohibited drug in the United States. The film focused in particular on the use of cannabis in the treatment of pediatric cancer.

In addition, On February 6, 2019, she was revealed to be The Raven in the Fox series The Masked Singer. She performed "Rainbow" by Kesha, "Bad Romance" by Lady Gaga and "Brave" by Sara Bareilles.

Awards and Achievements of Ricki Lake

Net Worth of Ricki Lake

Other than being an actress, Ricki Lake is involved in many professions. She is a TV host, producer, and also an author. Today, she is not much action as an actress but at her peak days, she was one of the most demanded actresses of Hollywood. So, the talented lady has accrued a giant net worth. As of present, Ricki is estimated to have a whopping net worth of $18 million. She has made this much amount through acting and hosting the TV shows. Her own shown is quite successful which helps her to hold such a staggering net worth at this age.

Ricki was married twice in her life and divorced twice as well. She met illustrator Rob Sussman in October 1993, on Halloween. The pair married in Las Vegas on March 26, 1994. They have two sons from the marriage Milo Sebastian Sussman, and Owen Tyler Sussman. Eventually, they both filed for divorce in August 2003 and their divorce was finalized on February 25, 2005.

Next, Lake began dating Christian Evans in the summer of 2009. Later, they became engaged in August 2011. The couple married on April 8, 2012. On 29 October 2014, Lake filed for divorce from Evans, citing “irreconcilable differences”, However, in December 2014, they announced they had put their divorce on hold. The divorce was finalized in 2015. As of now, she is probably single.

Talking about her body measurement, Lake has a height of 5 feet 4 inches (1.63 m). Additionally, she weighs around 59 kg. Furthermore, she has a measurement of 36-27-35 inches. Her hair color and eye color is dark brown. Furthermore, her dress and shoe size is unknown.

Trivias About Ricki Lake You Need To Know.