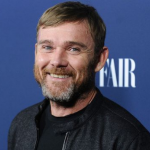 Ricky Schroder is an actor and director from America. He is best known for his role as a child star in 1979 movie The Champ. Later, he got came in the spotlight after appearing in Silver Spoons. In addition, he has also featured in a couple of hit Tv series such as Lonesome Dove and NYPD Blue.  Read on to learn intriguing facts about the actor.

What is Ricky Schroder known for?

Former child star Rick Schroder was arrested Wednesday on suspicion of domestic violence, in the second such incident in a month, Southern California authorities said. Deputies responded to a 12:43 a.m. call to the 21900 blocks of Goldstone Road, in unincorporated Topanga Canyon and found "evidence of a physical altercation," according to a Los Angeles County Sheriff's statement.

The woman declined medical treatment, as Schroder, 49, was arrested on suspicion of domestic violence and booked into the Malibu/Lost Hills Station in Agoura, jail records showed. The "Silver Spoons" actor was released on $50,000 bail. He was previously arrested April 2, also on suspicion of domestic violence at the same house. Schroder's defense lawyer and a representative for the L.A. County District Attorney's Office could not be immediately reached for comment on Wednesday.

Where is Ricky Schroder born?

Back to his early life, Ricky Schroder was born in Brooklyn, New York City, New York, United States. He is the second child of Diane and Richard Bartlett Schroder. He has a sister named Dawn Schroeder. Furthermore, his parents worked for AT&T. From the beginning of his childhood, Ricky had a keen interest in acting.

As a six-year-old child, Ricky he had featured in more than 50 advertisements. At the age of nine, he made his acting debut in the hit movie The Champ is the son of Jon Voight. Concerning in his education, Ricky joined Calabasas High School. Later, he attended Mesa State College in Grand Junction, Colorado.

When did Rick Schroder pursue his acting & directing career?

As an actor and director, Ricky has won many awards in his professional career. He has lifted the Golden Globe Awards in the New Star of the Year for The Champ. Furthermore, Ricky had also received a couple of awards in the category of Young Artist Awards for The Silver Spoons and The Earthling. In addition, he was also awarded Director of the Year for ‘Whiskey Lullaby’ and others.

What is the marital status of Rick Schroder?

The Silver Spoons actor and her wife Andrea Bernard had split up after 24 years of marriage. Ricky first met Andrea in 1992 while he was shooting for Blood River. Soon after that, they started going out and dated for several months. Finally, the love birds tied their knot on 26 September 1992, in a beautiful wedding ceremony. In addition, the pair also welcomed four children named Holden, Luke, Cambrie, and Faith.

However, almost after 24 years of marriage, the couple broke up. According to reports, Andrea filed for divorce back in June 2016. After their separation, Ricky has not seen with anyone till date. Furthermore, there are no rumors of affairs and girlfriend. Currently, he is single.

How much is Ricky Schroder net worth?

From his various popular roles in movies and TV series, Ricky has managed to earn a heavy amount of money. Currently, he has a net worth of $8 million. However, his salary is yet to be disclosed. In the case of disclosed, we will let you know. Further, He made his earnings and his millions of wealth from the work he does in acting, producing and directing.

How tall is Ricky Schroder?

Observing his body statistics, Ricky is a tall man with a height of 5 foot 10 inches. Furthermore, he has gorgeous hazel blue eyes and blonde hair. His other body information was yet to be disclosed. In the case of disclosed, we will let you know.