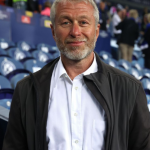 Roman Abramovich is a Russian oligarch, billionaire businessman, investor, and politician. He is widely renowned as a self-made man who created his own empire through his hard work and incredible self-confidence while conducting business deals. Initially, he was enlisted in the Russian army for short time; he came out of it and started doing jobs here and there to survive, and slowly, he raised up through the money he saved, borrowed investments, and started five companies of his own. He was also a confidant of former Russian president Boris Yeltsin and current Russian leader Vladimir Putin. He is the primary owner of the private investment company Millhouse LLC. He was formerly Governor of Chukotka Autonomous Okrug from 2000 to 2008. He is also the owner of Chelsea, a Premier League football club. He was honored with the 'Order of Honour' for all the work he did as the governor and businessman.

Abramovich to sell Chelsea amid fallout from Russia-Ukraine war

Russian businessman Roman Abramovich said he has decided to sell Chelsea Football Club, 19 years after buying the London side, and promised to donate money from the sale to help victims of the war in Ukraine. "I have always taken decisions with the club’s best interest at heart", Abramovich said in a statement published on Chelsea’s website. "In the current situation, I have therefore taken the decision to sell the club, as I believe this is in the best interest of the club, the fans, the employees, as well as the club's sponsors and partners." Abramovich said he would not ask for loans he has made to the club – reported to total 1.5 billion pounds ($2bn) – to be repaid to him and the sale would not be fast-tracked. He said he had told his aides to set up a charitable foundation that would receive all net proceeds from the sale. "I have instructed my team to set up a charitable foundation where all net proceeds from the sale will be donated," he said in his statement on the club's website. "The foundation will be for the benefit of all victims of the war in Ukraine. This includes providing critical funds towards the urgent and immediate needs of victims, as well as supporting the long-term work of recovery."

What is Roman Abramovich Famous For?

Where is Roman Abramovich From?

Roman Abramovich was born on 24th October 1966 with the birth name of Roman Arkadyevich Abramovich. He is from Saratov, Russian SFSR, Soviet Union. He is the son of Irina Vasilevna Abramovich (mother) and Arkadiy Abramovich (father). His family is Jewish. His father worked in the economic council of the Komi ASSR and his mother was a music teacher who died when Roman was 1 year old. His maternal grandparents were Vasily Mikhailenko and Faina Borisovna Grutman, both born in Ukraine. It was in Saratov in the early days of World War II that Roman's grandmother on the maternal side, Faina Borisovna Grutman, fled from Ukraine. Irina was then three years old. On the other side, his paternal grandparents, Nachman Leibovich and Toybe (Tatyana) Stepanovna Abramovich were Belarusian Jews. They lived in Belarus and, after the revolution,[which?] moved to Tauragė, Lithuania, with the Lithuanian spelling of the family name being Abramavičius. He lost his both parents when he was 4 and was raised by relatives and spent much of his youth in the Komi Republic in northern Russia. He belongs to Russian-Israeli-Portuguese nationality and his ethnic background is Russian-White. His religion is Judaism and his Zodiac sign is Scorpio. He cut his 55th birthday cake as of 2021. 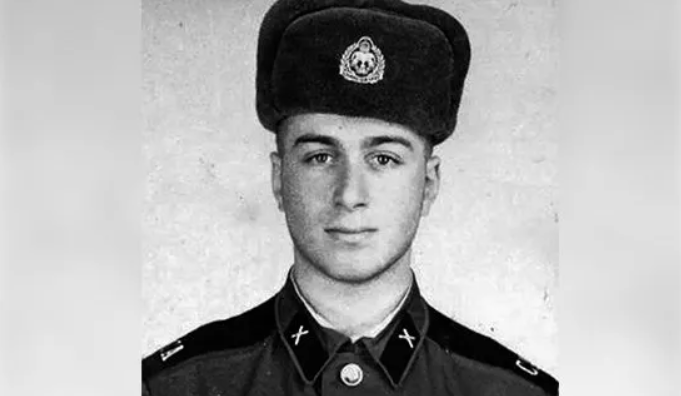 About his education, he attended the Gubkin Institute of Oil and Gas in Moscow. After that, he went to attend Moscow Automobile and Road Construction University and Kutafin Moscow State Law University. Likewise, he attended Industrial Institute in Ukhta. 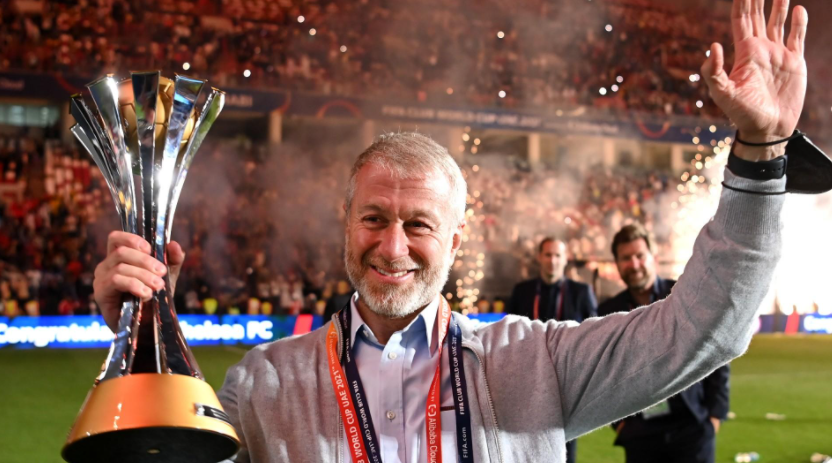 How Rich is Roman Abramovich?

Roman Abramovich billionaire, businessman, and politician who has made a huge fortune throughout his career. As of 2022, the net worth of Roman Abramovich is estimated to have $12.5 billion. On 5 March 2021, Forbes listed his net worth at US$14.5 billion, ranking him 113 on the Billionaires 2020 Forbes list. As per Forbes, Abramovich's net worth was US$12.9 billion in 2019, making him the second-richest person in Israel, the eleventh-richest in Russia, and the richest person in Portugal. According to Forbes, as of March 2016, Abramovich had a net worth of US$7.6 billion, ranking him as the 155th richest person in the world. Back in 2008, he had a net worth of $23.5 billion. Prior to the 2008 financial crisis, he was considered to be the second richest person living within the United Kingdom. In 2009, The Times estimated that due to the global economic crisis he had lost £3 billion from his £11.7 billion wealth. In the summer of 2020, Abramovich sold the gold miner Highland Gold to Vladislav Sviblov. Between 2009 and 2013, Abramovich donated more than US$2.5 billion to build schools, hospitals, and infrastructure in Chukotka. Further, he has reportedly spent approximately GB£1.5 bn on the Pole of Hope, his charity set up to help those in the Arctic region of Chukotka, where he was governor. In addition, he donated US$164 million for social projects between 2010 through 2012, an amount that is excluded in Abramovich's US$310 million donations during this period. He was recognized by the Forum for Jewish Culture and Religion for his contribution of more than $500 million to Jewish causes in Russia, the US, Britain, Portugal, Lithuania, Israel, and elsewhere over the past 20 years. He also donated $5 million to the Jewish Agency for Israel, to support efforts to combat anti-Semitism globally in June 2019. He is the primary owner of the private investment company Millhouse LLC and is best known outside Russia as the owner of Chelsea, a Premier League football club. He also owns the Varsano boutique hotel in Tel Aviv's Neve Tzedek neighborhood, which he bought for 100 million NIS in 2015 from Gal Gadot's husband Yaron Varsano and Varsano's brother Guy. In January 2020, Abramovich purchased a property in Herzliya Pituah for a record 226 million NIS. Alongside his philanthropic activity, Abramovich has invested some $120m. in 20 Israeli start-ups ranging from medicine and renewable energy to social media. In 2009, he bought 16 Kensington Palace Gardens, a 15-bedroom mansion, for £90 million. For $74 million, Abramovich purchased four Upper East Side townhouses in Manhattan in New York City; 9, 11, 13, and 15 East 75th Street. He has become the world's greatest spender on luxury yachts, and always maintains a fleet of yachts which the media have called "Abramovich's Navy". He owns a private Boeing 767-33A/ER, registered in Aruba as P4-MES. Today, he is living a lavish lifestyle.

Who is Roman Abramovich Wife?

Roman Abramovich was a married man and he is living a single life at present. He is not dating anyone neither he is in a relationship. His sexual orientation is straight. He had been married three times till now. In December 1987, he married Olga Yurevna Lysova and got divorced in 1990. In October 1991, he married for a second time to a former Russian Aeroflot stewardess Irina Vyacheslavovna Malandina. Together they have five children; Ilya, Arina, Sofia, Arkadiy, and Anna. Later, they divorced in 2007. On 15th October 2006, the News of the World reported that Irina had hired two top UK divorce lawyers, following reports of Abramovich's close relationship with the then 25-year-old Dasha Zhukova, daughter of a prominent Russian oligarch, Alexander Zhukov. It was speculated that a future divorce settlement (amounting to a conjectured £5.5 billion (€6.5 billion)) might be the highest ever on record. Later, they later divorced in Russia in March 2007, with a reported settlement of US$300 million (€213 million). For the third time, he married Zhukova in 2008, and they have two children, a son, Aaron Alexander, and a daughter, Leah Lou. In August 2017, the couple announced that they would separate; and their divorce was finalized in 2018. 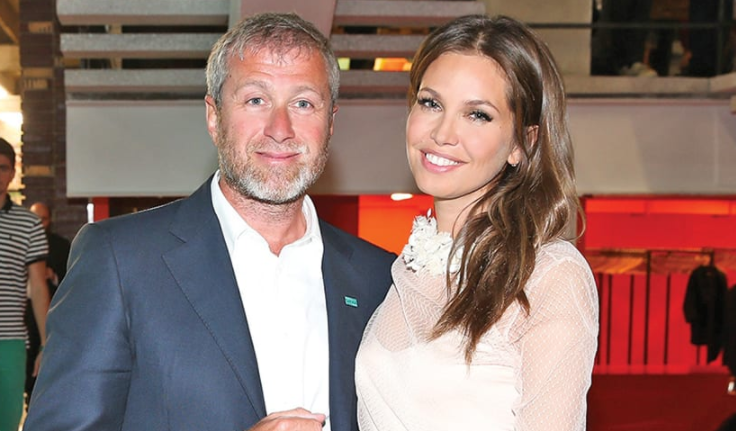 How tall is Roman Abramovich?

Roman Abramovich is a handsome man standing at the perfect height of 5 feet 9 inches and his balanced weight consist of around 80 Kg. His hair color is salt and pepper whereas he has blue color eyes. At this age also he has maintained his body by doing frequent exercise. Overall, he has got a healthy body with a charming smile.