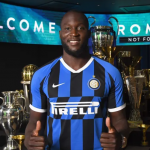 Romelu Menama Lukaku Bolingoli is popularly known as Romelu Lukaku who is one of the famous professional football players of Belgium. He is playing for the current team, Inter Milan. He joined the Italian club Inter Milan on 8 August 2019. He began playing football at the age of five in a local club called Rupel Boom and has played for other clubs such as KFC Wintam, Lierse, Anderlecht, Chelsea, West Bromwich, and Everton. He played for Lierse SK from 2004 to 2006. He scored a total of 121 goals in 68 games. He is left-footed. In 2014, the British daily newspaper The Guardian selected Romelu as one of the ten most promising young players in Europe. His playing position is a striker. His shirt number is 9. He and Radja Nainggolan have played football together. He became the tenth-most expensive Association football transfer when Manchester United signed him from Everton for 90 million pounds in 2017. He is the all-time top scorer for Belgium with 45 goals so far. He is the recipient of the 2018 FIFA World Cup Bronze Boot, whereas his country finished third (best results in World Cup history so far) in the competition. Recently, Romelu Lukaku scored two goals for his national team, Belgium against Russia in the UEFA Euro Cup 2020.

Romelu Lukaku paid tribute to his Inter Milan teammate Christian Eriksen after scoring against Russia to help world number one side Belgium start Euro 2020 with a win. celebrated scoring against Russia at the European Championship by running to a television camera and saying "I love you" to Denmark’s Christian Eriksen, who he plays alongside at Inter Milan. Denmark midfielder Eriksen collapsed on the pitch earlier on Saturday in the Group B game with Finland and received emergency treatment on the field. Lukaku gave Belgium the lead against Russia while Denmark was completing their fixture against Finland and dedicated his goal to his club teammate. After the game that took place on 12th June 2021, he said he cried when he heard what had happened to Eriksen. "I was scared. You live strong moments together," he told ITV. "I spent more time with him than with my family. "It was difficult to play the game. I hope he is healthy and I dedicate this performance to him." The victory put Belgium, one of the fancied teams at Euro 2020, top of the group, level on points with Finland, who beat Denmark in a game that was suspended following Eriksen's collapse before being re-started.

Everything You Need To Know About Danish Player, Christian Eriksen 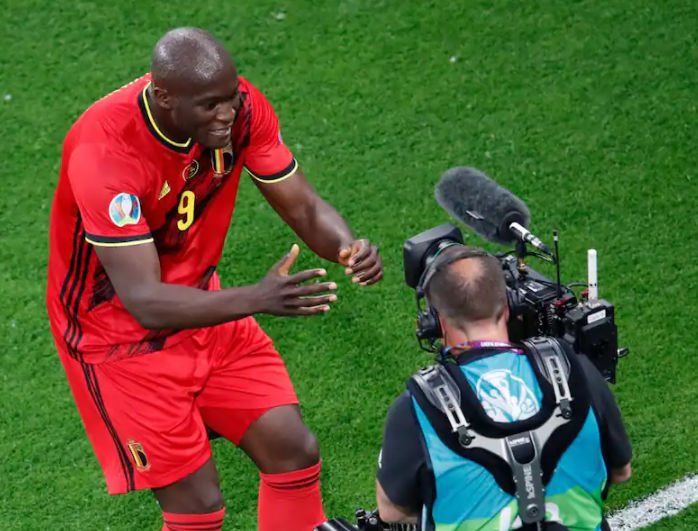 Everything You Need To Know About Thomas Meunier

What is the Nationality of Romelu Lukaku?

Romel Lukaku was born on 13th May 1993. His full name is Romelu Menama Lukaku Bolingoli. His birthplace is Antwerp, Belgium. His father is Roger Lukaku who was a professional player of the Zaire national football team and his mother is Adolphin Lukaku who was a businesswoman. Lukaku has a brother named Jordan Lukaku who is also a football player. His sun sign is Taurus. Romelu Lukaku was from a Black ethnic group. His religion is Roman Catholic.

How was the Career of Romelu Lukaku?

Romelu began his youth career with the local club Rupel Boom in 1999. He trained and played there for four years and moved to KFC Wintam in 2003. In 2004 he joined another Belgian club Lierse, where he played for 2 years.

Lukaku began his professional senior career at the age of 16 in May 2009. He became a key member of Anderlecht’s first team that won their 30th Belgian title scoring 15 goals in his debut season in the pro league. Next season, he scored 20 goals for the club in all competitions.

In 2011, Lukako Joined Chelsea Premier League Club on a five-year deal for a reported fee of 12 million euros. Throughout the season, Lukaku was out of the form and did not get much playing time. Chelsea won the UEFA Champions League title the same year but Lukaku refused to hold the trophy as he did not feel like a winner.

In August 2012, Chelsea loaned Lukaku to West Bromwich on a season-long deal. On 19 May 2013, Lukaku came on in as a second-half substitute and scored a hat-trick against Manchester United. He finished 2012-13 seasons as a sixth-highest goal scorer with 17 goals.  For the next season 2013-14, he went back to Chelsea and loan to Everton in 2013 for a season-long deal. He scored 15 goals for Everton in 31 league matches. He was offered to Everton for a contract of five years. In 2015, he was the second-highest scorer of the UEFA Europa League.

Lukaku returned to Chelsea ahead of the 2013-14 season, where he played two Premier League games for Chelsea and joined another English club, Everton.

Chelsea loaned Lukaku to Everton on a season-long deal in 2013. In his debut season, Lukako scored 15 goals in 31 league games. Everton made the move permanent for 28 million pounds in July 2014. In November 2015, Lukaku became the fifth player under 23 years of age to score at least 50 Premier League goals. Robbie Fowler, Michael Owen, Wayne Rooney, and Cristiano Ronaldo were the other four to do so.

Romelu then joined Italian club Inter Milan on 8th August 2019, signing a five-year contract for a fee reported to be a club record €80 million. He made his debut for Inter Milan on 26 August in the opening Serie A matchday against Lecce. On 27th November, he scored his first UEFA Champions League goal for Inter in a 3-1 away win against Slavia Prague. He scored a brace in a 2–2 draw against Borussia Mönchengladbach in the first match of the 2020-2021 UEFA Champions League on 21st October 2020. Inter won the 2020-2021 Serie A for the first time since the 2009-2010 season. He finished the season 2020-21 with 24 league goals, 11 assists.

How was the International Career of Romelu Lukaku?

Initially, Lukaku represented Belgium national team at U15, U18, and U21 levels. In February 2010, Lukaku was Called up for the first time in the Belgium senior squad for a friendly match against Croatia. On 17th November 2010, he scored his first two international goals against the friendly match with Russia. On 18 June 2018, Lukaku scored two goals against Panama in the opening match. On 23rd June 2018, Lukaku scored twice again in a 5-2 against Tunisia, while he became the first player since Argentine legend Diego Maradona to score two goals or more in consecutive World Cup matches. He scored a total of four goals and won Bronze Boot, as his country finished third place in the tournament. On 18th June 2018, he scored twice in a 3-0 win over Panama in their opening group game at the 2018 FIFA World Cup. On 10th October 2019, he scored his 50th and 51st international goals in a 9–0 home win over San Marino, in a Euro 2020 qualifier. In the UEFA Euro Cup 2020, Romelu scored two goals against Russia on 13th June 2021.

Who is Romelu Lukaku Girlfriend?

Lukaku isn’t married yet but he is in an affair with his girlfriend named Julia Vandeweghe since 2014. They both are in deep love with each other. He is Roman Catholic by religion. He does not drink any kind of alcohol. Lukaku can speak French, Dutch, English, Spanish, Portuguese, and Congolese fluently and understands German as well. During his childhood, Lukaku idolized Didier Drogba as his hero. 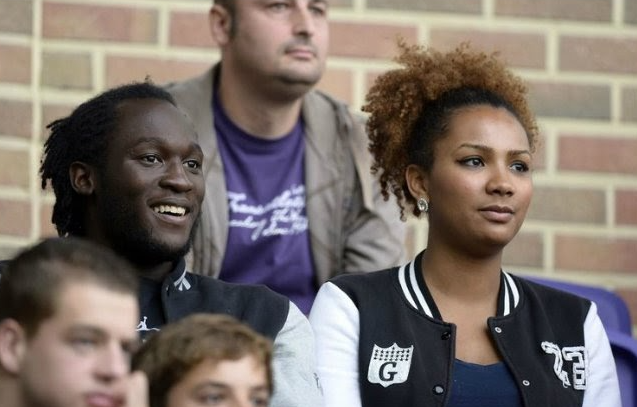 What is the Net Worth of Romelu Lukaku?

Professional footballer, Lukaku has a sponsorship deal with Puma. He was the first Premier League player to join Jay-Z's management agency Roc Nation Sports. Manchester United signed him in 2017 for a club-record transfer fee of 90 million pounds, making him the tenth most expensive Association football transfer ever. His estimated annual net worth is 45 Million Euro (42 Million Pound) and his market value is 80 Million Euro (72 Million Pound) at present. His major source of wealth comes from his football career and he is living a luxurious lifestyle. He is making a salary of 7.5 million EUR as of 2021.

How tall is Romelu Lukaku?

Romelu is a very handsome man. He has a height of 6 feet 3 inches with a bodyweight of 94 kg. He has black hair color and his eye color is also black. His body type is athletic. He is very conscious about his food intake and he maintained his body a lot. His chest size is 45.5 in, his arms size is 15.5 in and his waist size is 33 in.