Rosie Jones is a British professional comedian and actress who is well recognized for her appearance on the panel shows; "Harry Hill's Alien Fun Capsule", "Would I Lie to You?" and "8 Out of 10 Cats Does Countdown". Known for her stand-up comedic talent and marvelous acting skill, Jones has been featured also on Edinburgh Nights. She also has written an episode of "Sex Education" and has hosted the podcast, "Daddy Look at Me with Helen Bauer".

She also has scooped a comedy award handed out annually by LGBT+ magazine Attitude and always has supported all disabled people all around. Jones has been making headlines every time she comes on the TV shows regarding her sexual orientation of being a lesbian.

Recently on October 7, 2021, she appeared on "Question Time" regarding which she was ableist abused however she turned the incident to speak up for who she is and said that she would keep on speaking up in her powerful voice for what she believes. With her up growing popularity, she has managed to amass a healthy fan following of over 131k followers on Twitter: @josierones. 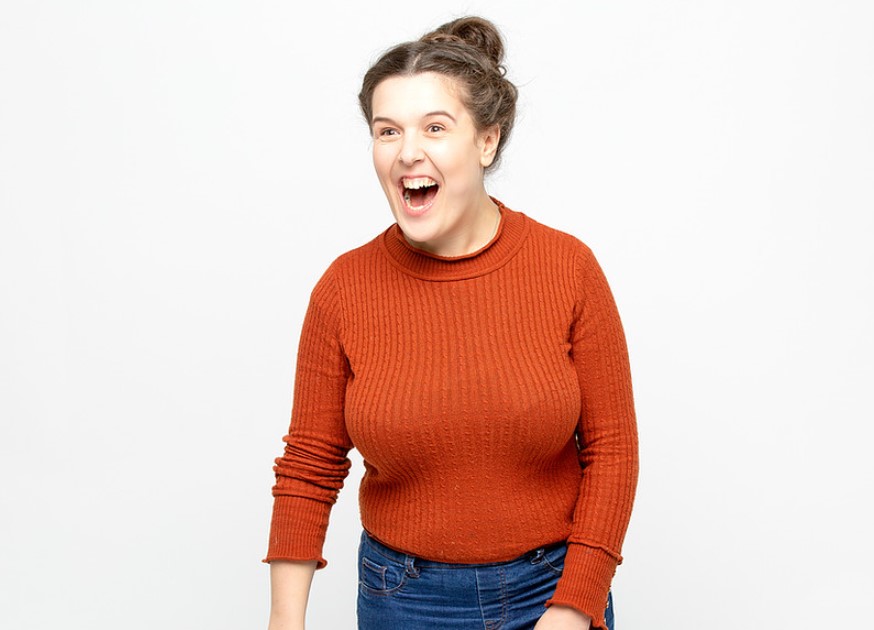 What is Rosie Jones Famous for?

Where was Rosie Jones Born?

Rosie Jones was born on June 24, 1990, in Bridlington, Yorkshire, England. Her birth name is Rosie Jones. Her nationality is British. Jones belongs to the White ethnicity while Cancer is her zodiac sign.

Born and raised by her immensely supportive parents, Rosie always was pushed to led towards her dream to become a comedian. Growing up in her hometown, she attended the Headlands School following which she attended the University of Huddersfield, from where she got graduated earning a first-class degree in 2011.

She developed an interest in becoming a comedian when she realized that there was nobody who looked like her or sounded like her whenever she looked up on TV or radio. She first performed stand-up comedy without preparation at a friend's comedy night.

Rosie Jones isn't married yet and has been quite secretive when it comes to her life relationship. She however has been blunt enough to speak out loud enough to tell that she is a lesbian. She opened up being a disabled gay and she struggle when she didn't accept her sexuality thinking she isn't gay nor disabled.

Jones always has spoken about the rights of disabled people and has always tried to be protective talking about all the bullying that she had experienced and difficulties in her daily life. She also has expressed concerns over the particular vulnerability of disabled people during the COVID-19 pandemic.

Rosie Jones has quite good earnings from her professional career as a professional comedian and actress. Having her career started as a junior researcher for Objective Media Group, Jones has managed to come a long way up becoming one of the popular comedians all thanks to her talent.

Her source of income is surely her appearances on TV shows, stand-up comedy shows. Adding up she has a net worth estimated to be around $800k.

Rosie Jones is a beautiful lady with an average body physique in her late-20s. She stands tall with a height of 5ft. 7inches.(1.70m) while her body weighs around 58kg(132 lbs). She has a fair complexion with brown hair and brown eyes.