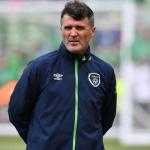 Roy Keane is an Irish football manager and former professional player. Keane has served as the assistant manager of the Republic of Ireland national team. Furthermore, Keane is the joint-most successful Irish footballer of all time as he has won 19 major trophies in his club career.

The Irish former player, Roy Keane has made the headlines in the news after a string of outbursts at a Cadbury event in Dublin. Keane has re-opened his feud with the former Republic of Ireland international Jonathan Walters. He has also dug out the Irish duo Harry Arter and Stephen Ward.

Keane talked more about his personal criticism for Walters," He(Walter) talks a good game. Imagine if he'd won a trophy. He goes on the TV about how he was harshly treated by me. He's crying on the TV about his family situation". 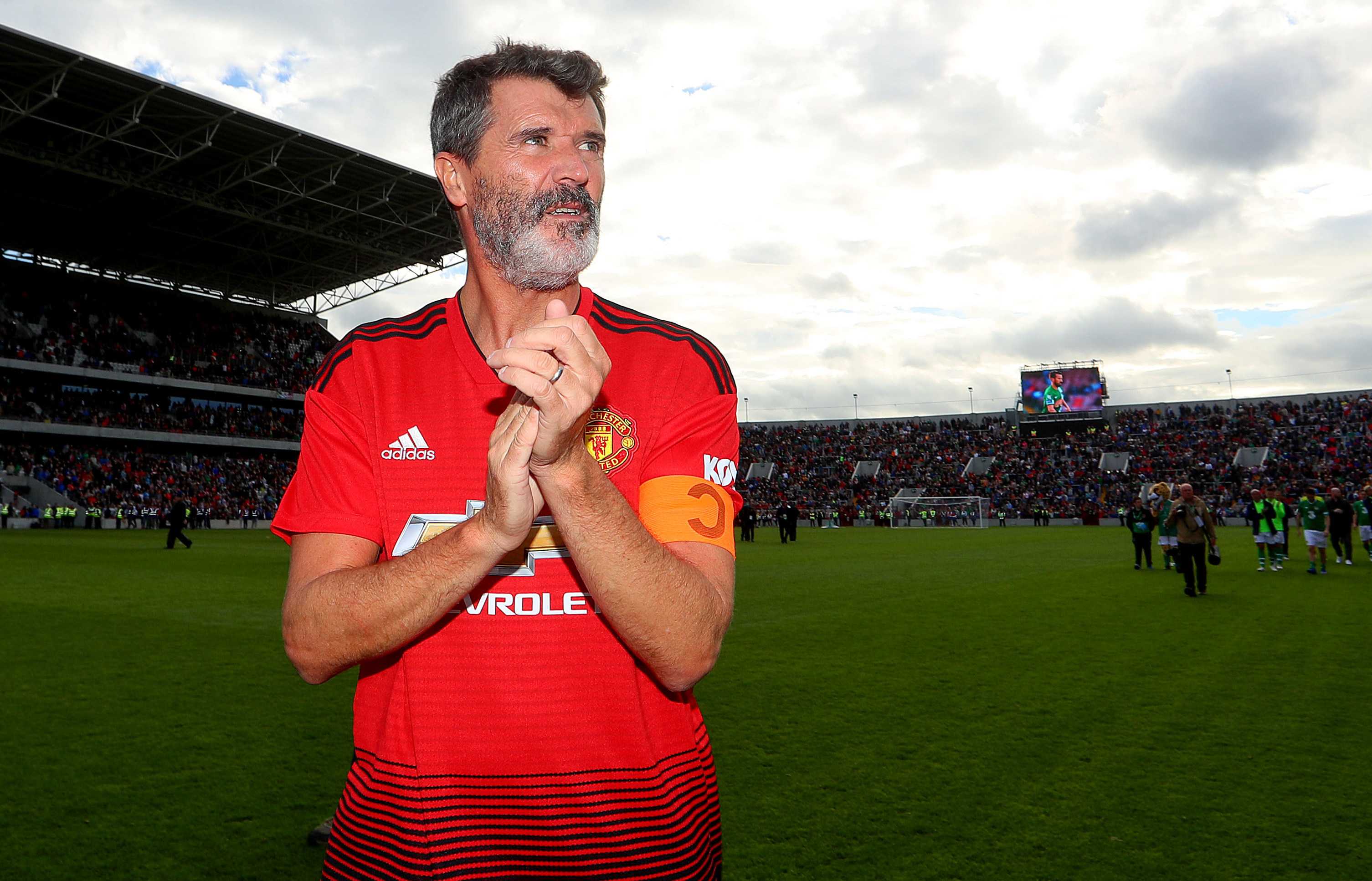 What is Roy Keane Famous for?

When and Where was Roy Keane Born?

Roy Keane was born on August 10, 1971, in Ballinderry Park, Mayfield, Cork, Ireland. His birth name is Roy Maurice Keane. His nationality is Irish. Keane belongs to White ethnicity while Leo is his zodiac sign.

Roy Keane was born to Maurice Keane(father) and Marie Keane(mother). His father took jobs wherever he could as he worked at a local knitwear company and at Murphy's Irish Stout brewery.

Roy was raised along with his four siblings: a sister, Hillary Keane and three brothers, Johnson, Denis and Patrick Keane.

Keane's family were more keen on sports especially football, as many of his relatives had played for junior clubs in Cork, Ireland. Keane started boxing at the age of 9 and won all of his four bouts in the novice league. 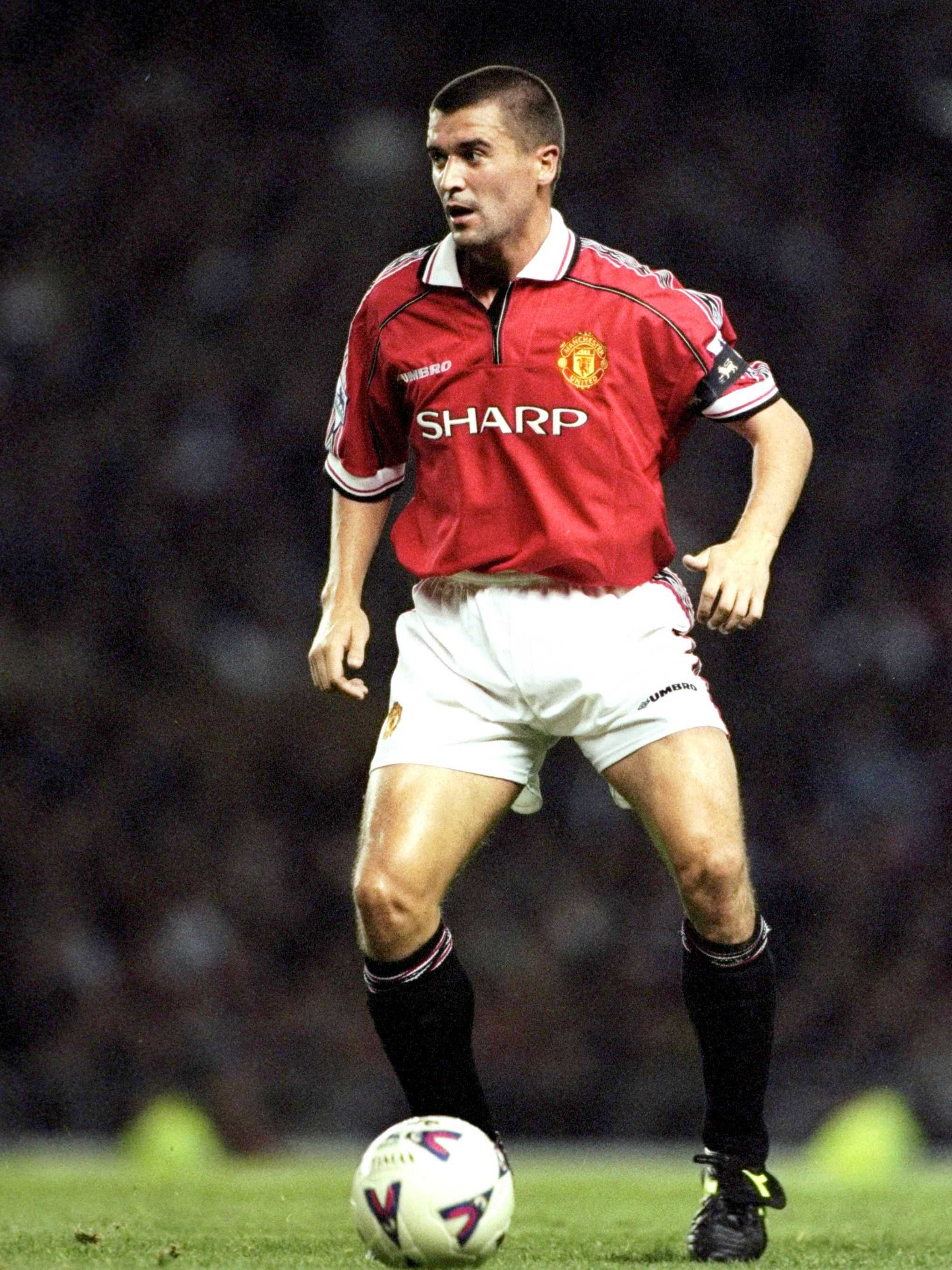 Is Roy Keane the Most Successful Irish Player? 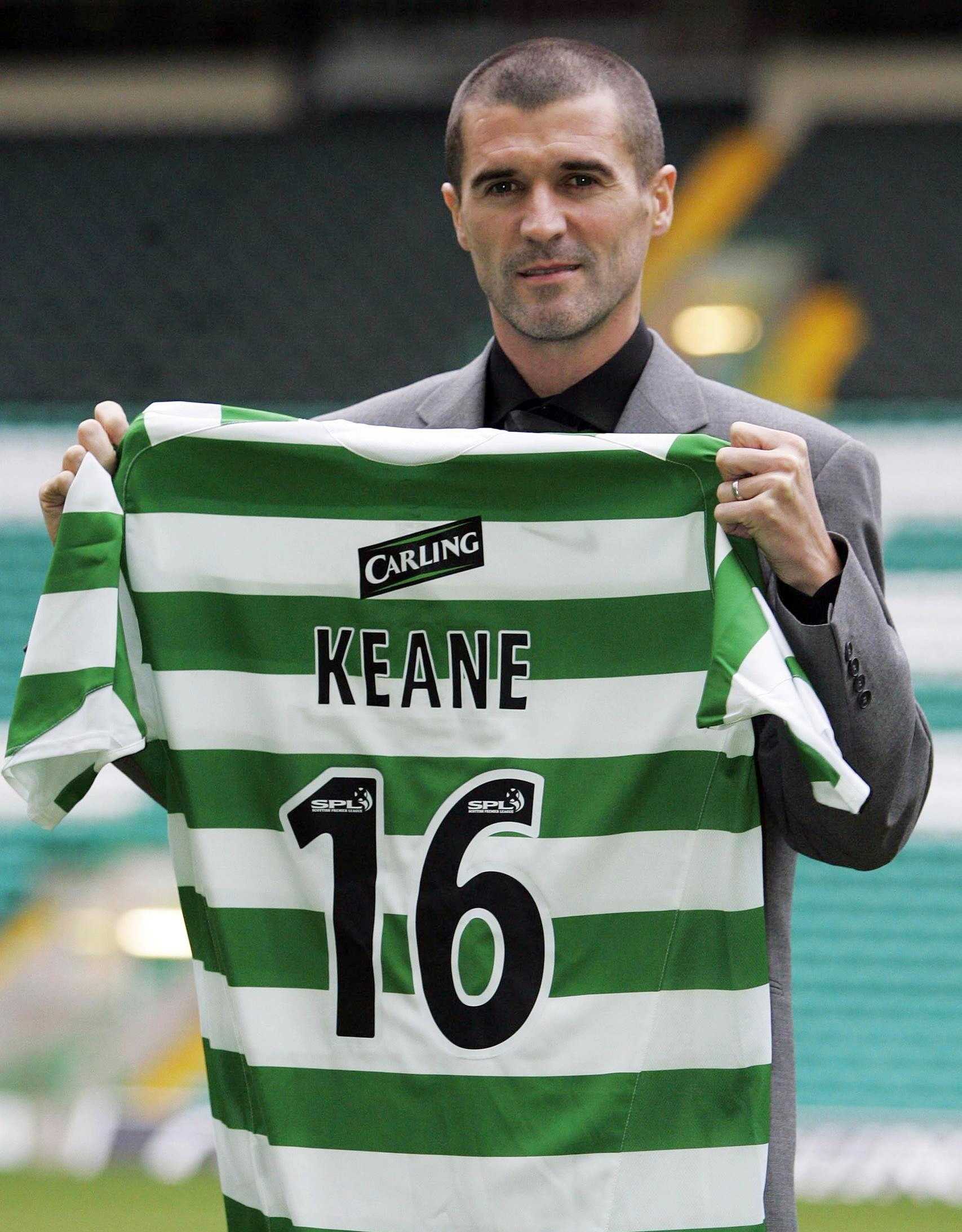 How Well Did Roy Keane Do As a Manager? 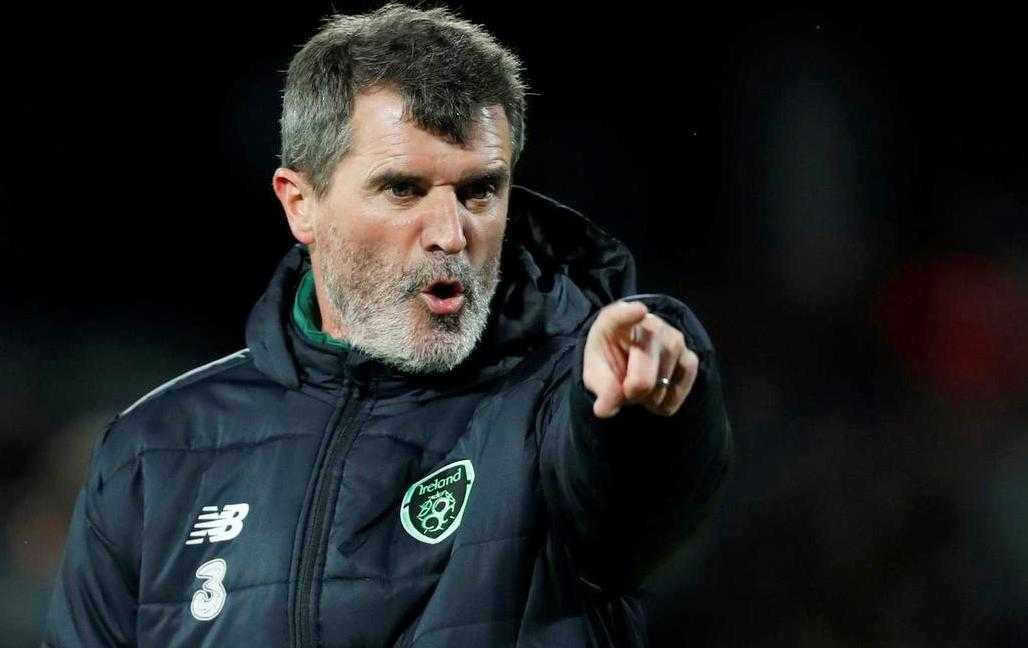 The Irish player, Keane made headlines in 2001 Manchester United derby, as he received a three-match suspension and a 5,000 euro fine from The Football Association(FA).

Further, he received a punishment that he was banned for more than five matches and fined $15,585 in the ensuing investigation. Again in August 2001, Keane was fined 150,000 Euro by Sir Alex Ferguson and was suspended for three matches with the addition of five-match suspension.

Throughout 2000, Keane had a fierce rivalry with Arsenal captain Patrick Vieira. The most notable fight was at Highbury in 2005 which was at the height of an extreme period of bad blood between Arsenal and United. The incident was even broadcasted live on Sky Sports, where Keane was heard yelling to shut referee's f******* mouth.

Recently in September 2019, Keane has made the headlines after a string of outbursts at a Cadbury event in Dublin. Keane has re-opened his feud with the former Republic of Ireland international Jonathan Walters.

He has also dug out the Irish duo Harry Arter and Stephen Ward. 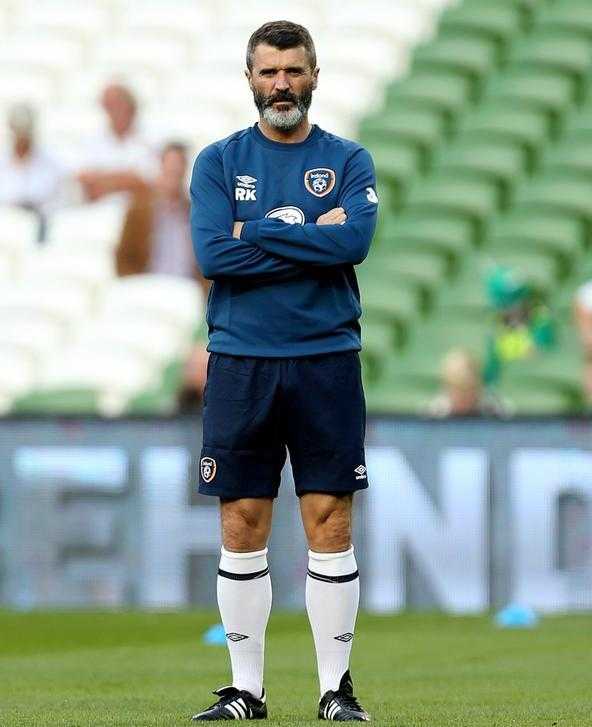 The 48 aged, player Roy Keane is a married man. Keane tied a knot with his wife, Theresa Doyle in 1997. The couple met each other in the year 1992 when Theresa was a junior dentist while Keane was playing for Nottingham Forest.

The couple is having a great time spending almost 22 years together. Roy has altogether five children with his wife, Theresa. Roy is blessed with four daughters, Alanna, Shannon, Leah and Garagh and a son, Aidan.

It was rumored that Keane was having an affair with Martin O'Neill.

Keane supported Celtic and Tottenham Hotspur when he was young. His favorite players were Liam Brady and Glenn Hoddle. While, Bryan Robson, the player of Manchester United, is the footballer he admired the most. 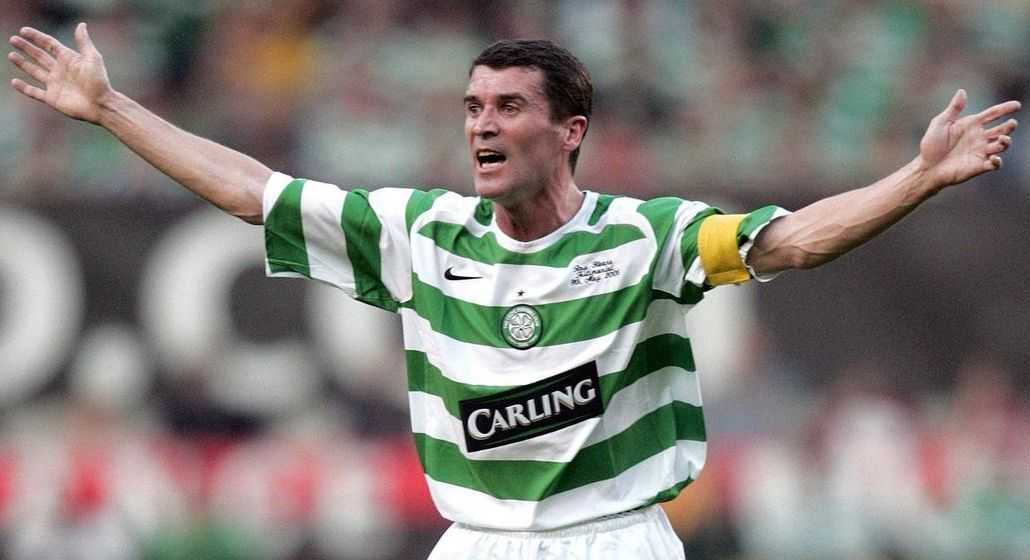 Is Roy Keane a Millionaire: Net Worth?

The Irish football manager and former player, Roy Keane has made his fortune more through his career as a player and then as a manager. With all the hard works and time that Keane had spent in the field, Keane has been able to amass a great fortune of around $60 million as his net worth through his career.

When Keane was at United, his family lived in a modern house in Bowdon worth of million dollars, then to mock Tudor mansion in Hale. Keane also had a 11930s built home. Keane also earns through his books, autobiography and endorsement deals.

How tall is Roy Keane?

Considering all the workouts and exercises that Keane has done in the field, Keane has managed to get a well maintained athletic body physique. Keane stands tall with a height of 5ft. 10inch.(1.78m).

He has a bodyweight of 81kg(178lbs). Talking about his looks, Keane has a fair complexion with brown hair and green eyes.