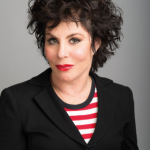 Ruby Wax is an American-British actress, comedian, writer, mental health campaigner, as well as a lecturer. Initially, she starred in the sitcom "Girls on Top" (1985-1986), and then, she rose to face as a comic interviewer, playing up to British perceptions of the strident American style, in shows including "The Full Wax" (1991-1994), "Ruby Wax Meets..." (1994-1998), "Ruby" (1997-2000), and "The Ruby Wax Show" (2002). In addition to this, she also went on to become the script editor for the BBC sitcom "Absolutely Fabulous" (1992-2012), where she appeared in two episodes. She was appointed an honorary Officer of the Order of the British Empire (OBE) in the 2015 Special Honours for services to mental health. Her memoirs, How Do You Want Me? (2002) and Sane New World (2013), reached number one on the Sunday Times bestseller list. She was one of the celebrity contestants on "Comic Relief does Fame Academy", which was a spin-off from the BBC's "Fame Academy" with all proceeds donated to Comic Relief. Although not a good singer, Wax made it to the final, taking runner-up position to Will Mellor.

Ruby Wax revealed her worst interview of all time, which ended up with her being thrown off Donald Trump's plane. She opened up about her most difficult interviewee - Donald Trump. Ahead of the comedian's relaunch of her Nineties series Ruby Wax Meets, the new version takes a look back at some of the most iconic interviews of her time, and she likened meeting the former US President to a "car-crash". She has sat down with a number of big names across the world including Pamela Anderson and OJ Simpson, and during the three-part BBC Two show, she will discuss her most memorable encounters. But when asked in a new interview about her most difficult interviewee, her answer came with no hesitation. "Oh, Donald Trump!" she exclaimed, "That was a car crash. She went on to reveal he "threw" her off his plane in the true dramatic fashion to the controversial reality TV star came to be known for. "I thought he was joking when he said he wanted to be the president," she told PA. 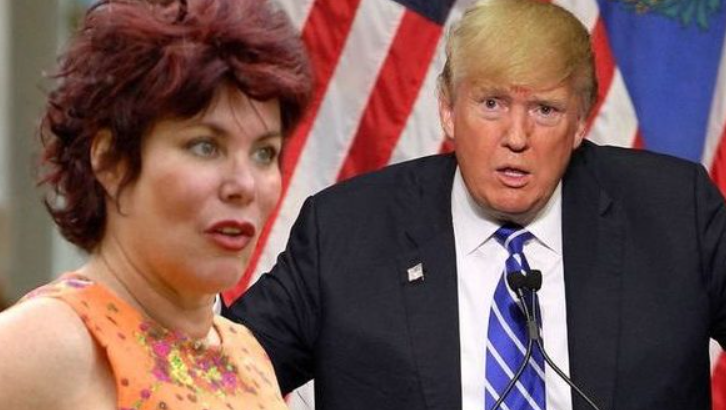 What is Ruby Wax Known For?

What is Ruby Wax Birth Name?

Ruby Wax was born on 19th April 1953 in Evanston, Illinois, the USA with the birth name of Ruby Wachs. She is American-British by nationality and she came from American-White ethnic background. She is the daughter of her father, Edward Wachs, and her mother, Berthe Wachs. She was raised Jewish in Illinois and her father was a wealthy sausage manufacturer whereas her mother was a qualified accountant. Her present age is 68 as of 2021. Her parents were Austrian Jews who left Austria in the year 1938 due to the Nazi threats. Once settled in Chicago, her father changed the way that the family surname was spelled from Wachs to Wax. Aries is her zodiac sign and she follows the Judaism religion.

About her educational background, she herself majored in psychology at the University of California, Berkeley, but left after a year without completing her degree. She moved to the UK and studied at the Royal Scottish Academy of Music and Drama in Glasgow. In September 2013, Wax graduated from Kellogg College, Oxford with a master's degree in mindfulness-based cognitive therapy. She had previously earned a postgraduate certificate in psychotherapy and counseling from Regent's College in London. 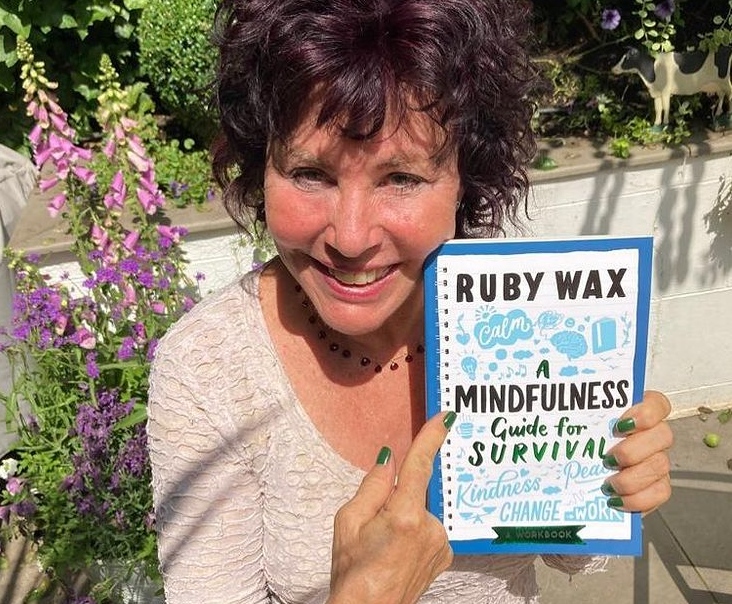 Who is Ruby Wax married to?

Ruby Wax is a married woman. She tied the knot to her third husband, Ed Bye (television producer and director) in 1988. They have three children named Max (born 1988), Madeleine (born 1990), and Marina (born 1993). As of today, the happily married couple is enjoying their present life happily without any disturbances. Her sexual orientation is straight. 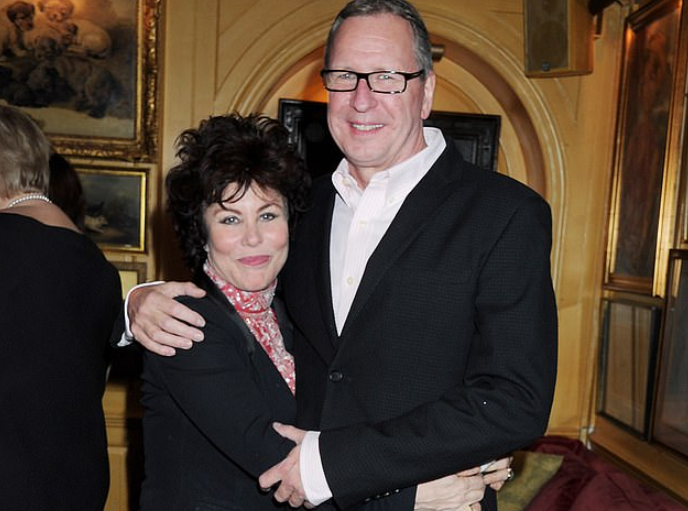 How much is Ruby Wax Net Worth?

Ruby Wax is a successful actress, comedian, writer, mental health campaigner, and lecturer. The net worth of Ruby Max is estimated to have $4 Million as of 2021. Her mains source of wealth comes from the entertainment industry. Her salary and other income details are unavailable at a moment. However, she is living a luxurious lifestyle right now.

How much does Ruby Wax weigh?

Ruby Wax is a very beautiful woman. She stands tall at the perfect height of 5 feet 2 inches or 1.57 m. Her body weight consists of 55 Kg. She has a pair of dark brown eyes color and her hair color is blonde.  Her other body measurements such as hip size, waist size, dress size, and more are unknown at present. Her body type is average and she has got a healthy body. She has a very charming smile with a glowing face attracting a lot of people towards her.

Ruby Wax has been very open about her own depression. She made an online series on mental health issues for the BBC and has worked with mental health charities. This was recognized in 2015 when she was appointed as an honorary Officer of the Order of the British Empire in the 2015 Special Honours for services to mental health. In an episode of the BBC's Who Do You Think You Are? in 2017, she revealed that her great-grandmother and great-aunt had been committed to mental asylums in Brno and Vienna as they were incurably "agitated". In 2019, she fell off a horse while she was on holiday, severely injuring her back due to which she had to cancel her show How To Be Human at the Edinburgh Festival as a result of her injuries.

Trivias About Ruby Wax You Need To Know.