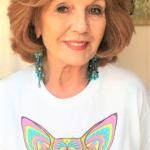 Roza Maria Leopoldyna Lubienska, professionally known as Rula Lenska is a British actress. She began her acting career in the early 1970s with a small role in the series "The Doctors". She went on to star in many minor television roles before getting her breakthrough in the 1976 mini-series "Rock Follies". Despite her hard work and obvious talent, her acting career continued to remain stagnant she has starred in supporting roles in series, such as "Take a Letter Mr. Jones", "Kappatoo", "Cluedo" and "Coronation Street". Rula eventually gained national fame with her stint on the "Celebrity Big Brother" in 2006. Additionally, she was seen as Amelia Kaminska in the 2022 film "The Huntress of Auschwitz".

What is Rula Lenska Famous For?

Where was Rula Lenska born?

Rula Lenska stepped for the very first time into the world on 30th September 1947 in St Neots, Huntingdonshire, England, UK. She was born with the real name of Roza Maria Leopoldyna Lubienska in a Christian religious family. She is of British nationality and she came from British-white ethnic background. Rula has celebrated her 74th birthday as of 2021 and as per her birth date, her star sign is Libra. Thus, her race is white. Her father, Major Count Ludwik Lubienski, was personal secretary to Jozef Beck, Minister for Foreign Affairs in Poland before the German occupation of the country. Lenska's mother was Countess Elzbieta Tyszkiewicz, who escaped from Poland to Italy during the German occupation, but was captured with her own mother and sent to Ravensbruck concentration camp, where they survived for two years. She also has two sisters: Anna, an actress who appeared in films in the late-1950s and early-1960s, and Gabriela.

Talking about Rula's education, she was educated at the Ursuline Convent School in Westgate-on-Sea, Kent.

What does Rula Lenska do for a living?

Who was Rula Lenska married to?

Rula Lenska is a married woman. She has been married twice as she was first married to actor Brian Deacon (4th June 1977 - 1987), with whom she had one daughter, Lara Parker (nee Lara Deacon), and secondly, she tied a knot with actor Dennis Waterman, from 3rd January 1987 until 31st March 1998. Both marriages ended in divorce. She and Waterman met on the set of Minder in 1981 where their characters had a brief love interest. Her marriage to Waterman ended, and in March 2012 Waterman caused controversy with some comments on that aspect of their relationship: "It's not difficult for a woman to make a man hit her. She certainly wasn't a beaten wife, she was hit and that’s different." Rula said that she was relieved that he had now admitted to beating her. Concerning her sexual orientation, she is straight.

Furthermore, on 23rd February 2016, Rula was arrested and charged with being in excess of the UK drink driving limit. The following month she was sentenced to a 16-month driving ban and ordered to pay a total of £526. Her young grandson was present in the back seat of the car.

How much is Rula Lenska's Net Worth?

Rula Lenska is a versatile woman who has a net worth of $14 million as of 2022. She also earns a handsome amount of salary which is around thousands of dollars per year. But, she is doing all the hard work in order to build a secure financial status for herself and her family. Rula has gained a considerable amount of money from her profession as her major source of income is from her acting career and she is happy and satisfied with her profession. She has not done endorsement work for any brand yet.

What is the Height of Rula Lenska?

Rula Lenska stands at an ideal height of 5 feet and 9 inches with a balanced body weight of 54 kg. She has good-looking blonde hair and dark brown eyes color. In addition, her body build type is slim. Rula has kept her body maintained at this age too which is so awesome.