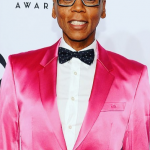 RuPaul Andre Charles shortly named RuPaul is an American drag queen, actor, author, singer, model, and TV personality who is famous for producing, hosting, and judging the reality competition series RuPaul's Drag Race for which he has received several accolades, including 11 Primetime Emmy Awards, three GLAAD Media Awards, a Critics' Choice Television Award, two Billboard Music Awards, and a Tony Award. The show was successful internationally, with several international variants of the show being made, such as RuPaul's Drag Race UK and Canada's Drag Race. This has also inspired several spin-offs of the main show, including RuPaul's Drag U, RuPaul's Drag Race All Stars, and RuPaul's Secret Celebrity Drag Race. He is also featured as a host on other reality television series such as Skin Wars, Good Work, and Gay for Play Game Show Starring RuPaul. He achieved international fame as a drag queen with the release of his debut single, "Supermodel (You Better Work)", which was included on his debut studio album Supermodel of the World (1993). He has released fourteen studio albums to date. As an actor, he has made appearances in films such as Crooklyn (1994), The Brady Bunch Movie (1995), To Wong Foo, Thanks for Everything! Julie Newmar (1995), But I'm a Cheerleader (1999), television shows such as Girlboss (2017), Broad City (2017), and Grace and Frankie (2019). He created and starred in his own Netflix original television series AJ and the Queen (2020). As an author, he has also published three books: Lettin' It All Hang Out (1995), Workin' It! RuPaul's Guide to Life, Liberty, and the Pursuit of Style (2010), and GuRu (2018).

What is RuPaul Known For?

What is RuPaul's Real Name?

RuPaul was born on November 17, 1960, in San Diego, California, USA. His real name is RuPaul Andre Charles. His parents were both from Louisiana. He was named by his mother; "Ru" came from roux, the term for the base of gumbo and other creole stews and soups. When his parents divorced in 1967, he and his three sisters lived with their mother, a practicing Seventh-day Adventist. He was raised in the Catholic faith. He holds American nationality and his ethnicity is multiracial as he has African-American ancestry on his father’s side and is of African, French, and Swiss-German descent on his mother’s side. His siblings are Renetta (Older Sister), Renae Charles (Older Sister), and Rozy Charles (Younger Sister).

About his education, he attended Patrick Henry High school. He then studied performing arts at North Atlanta High School in Atlanta, Georgia with his sister, Renetta.

How much is RuPaul's Net Worth?

RuPaul is a drag queen, television judge, musician, and model whose net worth is estimated to have $65 million as of 2022. He is considered to be the most famous drag queen ever, and in 2017 he was included in the annual Time 100 list of the most influential people in the world. He has endorsed various brands like Old Navy Tech Vests (1999) (TV Commercial), MAC cosmetics (Print Adverts), Baileys Irish Cream Liqueur (1996) (Print Adverts), and WebEx (TV Commercial). He owns a mansion in Beverley Hills which is worth $13.8 million. Also, he has an apartment in New York and a condo in West Hollywood, California. An average salary of a drag queen is $60K. His entire fortune has come from the film and television industries. He is living a luxurious lifestyle at present. He is also fond of luxurious cars. He has been spotted while driving his amazing cars such as 1979 Volvo, Lexus 4X4, and more.

Who is RuPaul's Husband?

RuPaul is a married man to his husband/partner, Georges LeBar. Professional, his spouse is an Australian painter. The duo started dating in 1994. The couple met at a nightclub in New York City. The pair then decided to take the relationship a step forward and later got married in January 2017. The couple secretly tied the knot. As per an article in March 2017, RuPaul has stated that LeBar owns a farm in Wyoming and does not care much about the show business. Their love bond is going stronger with the passage of time. His sexual orientation is gay.

Who is Georges LeBar? 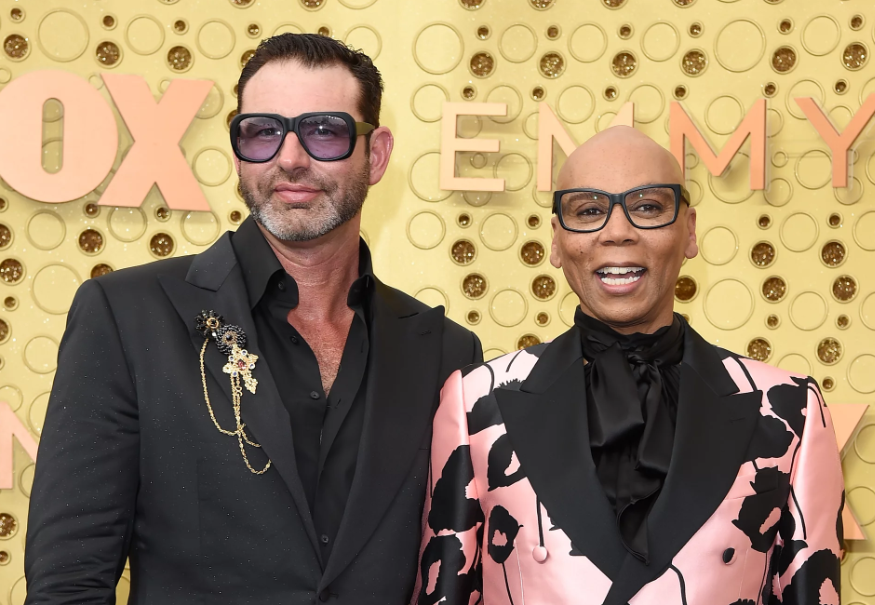 How tall is RuPaul?

RuPaul has a tall height of 6 feet 4 inches or 1.93 m. His bodyweight is around 78 kg. He is bald and his eye color is light brown. He mostly wears ‘blonde’ wigs for his performances. He has an oval facial structure and he often wears glasses.

Trivias About RuPaul You Need To Know.