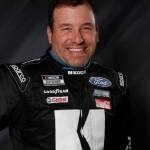 Ryan Newman is an American professional stock car racing driver who is famous for competing full-time in the NASCAR Cup Series, driving the No. 6 Ford Mustang for Roush Fenway Racing, as well as part-time in the NASCAR Camping World Truck Series, driving the No. 39 Ford F-150 for DCC Racing. In 1993, Newman made his racing debut in the United Midget Auto Racing Association and the All-American Midget Series, winning both Rookie of the Year and the championship. He tied for the longest-tenured active diver in the Cup Series with Kurt Busch (both made their debut in 2000). He was seriously injured in a horrific crash at the end of the Daytona 500 on February 17, 2020. Just days before the race and devastating crash, Ryan and Krissie announced they had agreed to separate after 16 years of marriage. He is nicknamed "Rocket Man".

What is Ryan Newman Known For? 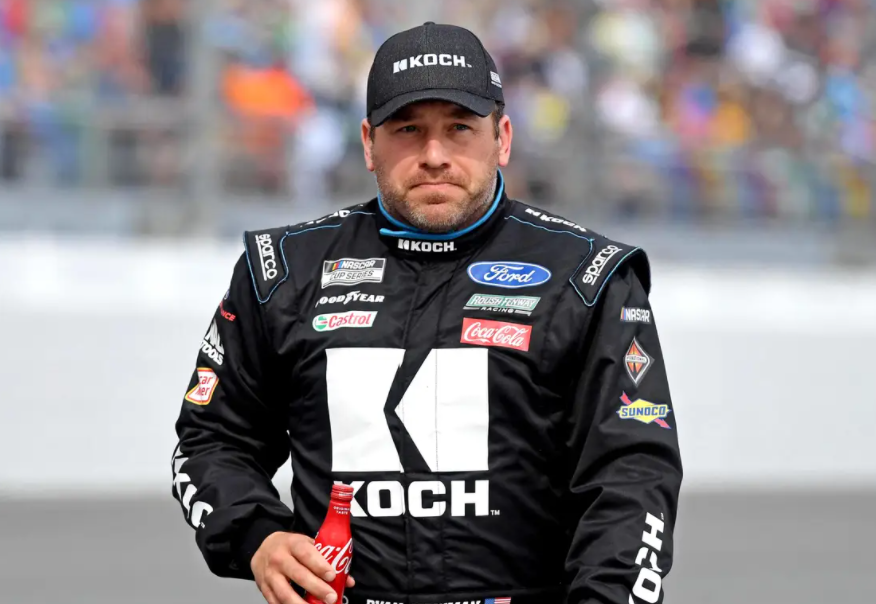 Who are the Parents of Ryan Newman? Know About His Nationality, Family, and Education

Ryan Newman was born on 8th December 1977 with the birth name of Ryan Joseph Newman. He is from South Bend, Indiana, the USA. He holds American nationality and his ethnicity is American-White. Sagittarius is his Zodiac sign and he follows the Christianity religion. He was born to his parents; Greg Newman (father) and Diane Newman (mother). Also, he has a sister, Jamie with whom he spent his childhood and early life. As of 2020, he celebrated his 43rd birthday. He became interested in cars when he was only nine when his dad gifted him a small car that he built himself. They went to test the vehicle but met with an accident. While growing up, he helped his father in the garage.

About his education, Ryan Newman graduated from Purdue University with a B.S. in engineering in 2001. 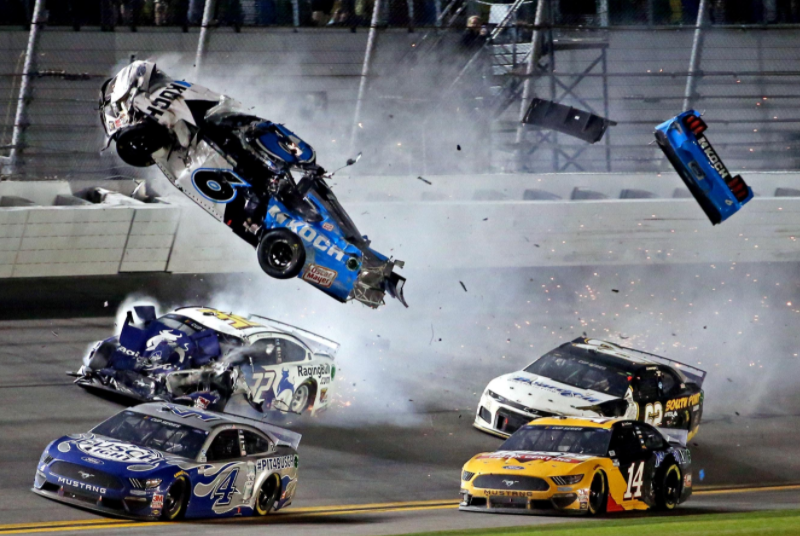 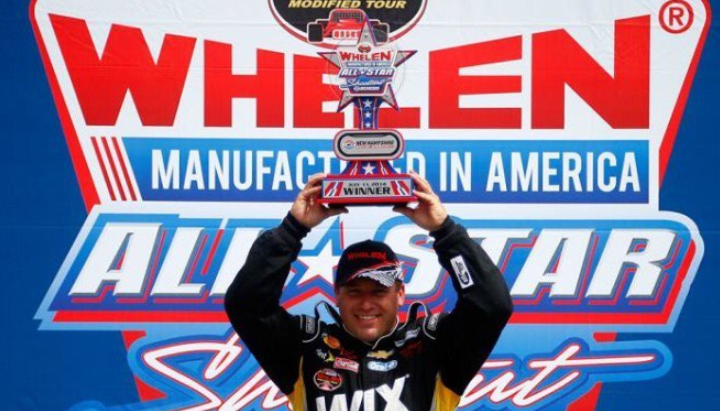 Ryan Newman was a married man. He tied a knot to his beautiful wife, Krissie Newman.  From their marriage, the duo was blessed with two children; Brooklyn Sage Newman (born 18th November 2010) and Ashlyn Olivia Newman (born 17th July 2012). Their kids are often seen in photos with Ryan and Krissie at NASCAR race tracks cheering on their dad. He was on an episode of "American Pickers", buying bumper cars for his children. The duo met each other in the year 2001 on a blind date. During that time, Krissie was working as a judge's clerk. After dating for some years, Ryan and Krissie married. Krissie is a graduate of Shippensburg University and has a degree in Criminal Science as well. After sixteen years of their married life, Ryan and Krissie announced on 13th February 2020, on their personal via their Twitter accounts that they had agreed to amicably separate. They remained friends and continue raising their daughters. Today, Ryan Newman is leading a single life happily with his children. There is no extra-marital news, rumors, and affairs about him revealed in the media apart from Krissie. His sexual orientation is straight and he is not gay. 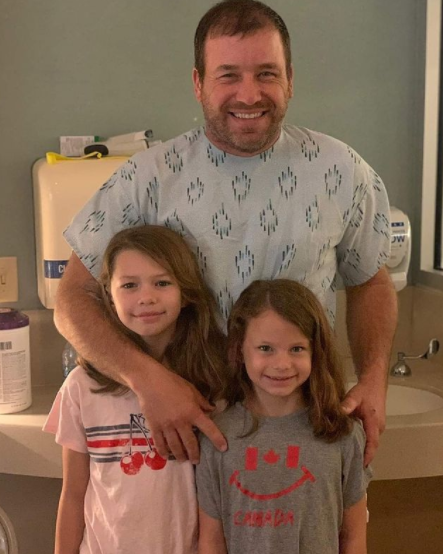 Ryan Newman and Krissie also work together supporting Rescue Ranch, a non-profit organization. Its mission is to promote, through its education, respect for all animals, as well as agricultural, environmental, and wildlife conservation; and facilitate rehabilitation, rescue, and responsible pet ownership in order to enhance the human-animal bond. They have rescued and cared for five dogs: Socks, Dunkin, Fred, Jasmine, and Hollow. In addition, they are also the proud owners of an orange feline whom they named Benjamin Ries-Roncalli after the famous ex-driver. He helped fund the construction of the Catawba County, North Carolina Humane Society shelter, in the county where he once lived. 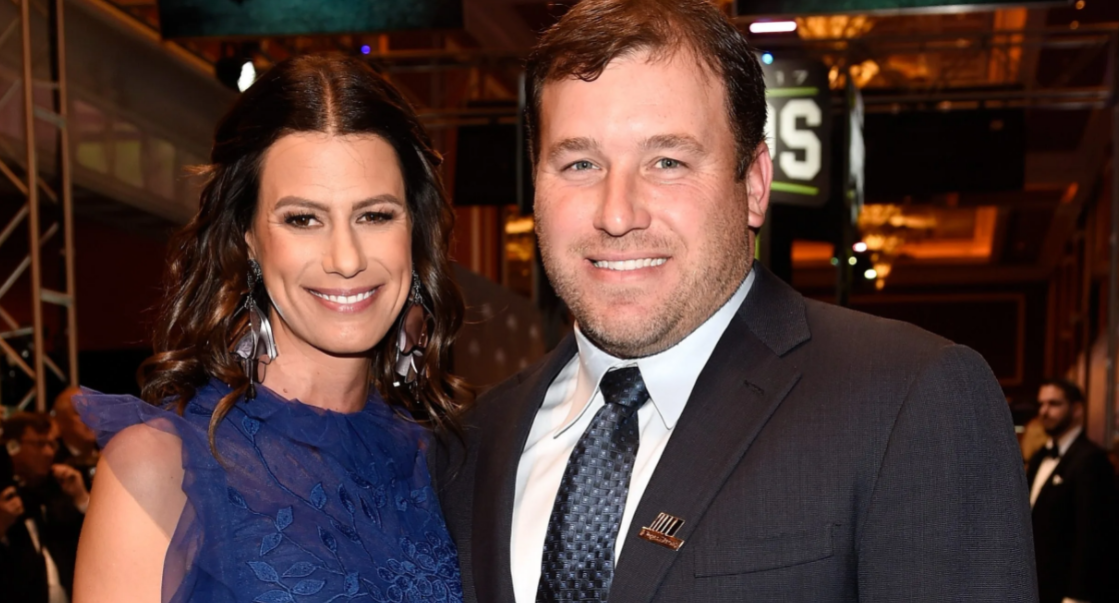 Ryan Newman is a very talented and successful racing driver who is one of the highest-earning race car drivers and is the longest-tenured driver in NASCAR. As of 2021, the net worth of Ryan Newman is estimated to have $60 Million. He has won the Daytona 500, Brickyard 400, NASCAR Sprint All-Star Race, and more. As of 2020, he made career earnings of $90 million. His main source of wealth comes from his racing career and endorsement deals. At present, he is endorsed by Mazola and Coke. He also owns a million-dollar house in Statesville, North Carolina, the USA. Newman is an owner of 14 cars and he enjoys working on vintage cars. His favorite is the 1948 Buick Roadmaster convertible. Newman's exact salary is still to get disclosed yet. NASCAR penalized Newman's team with a 75-point deduction, a $125,000 fine, a six-race suspension for crew chief Luke Lambert and two key crew members back in 2015.

How tall is Ryan Newman?

Ryan Newman is a handsome man with a white skin tone. His body type is average. He stands tall at the perfect height of 1.72 m or 5 feet 7 inches and his balanced weight consist of 90 kg or 198 Pounds. His chest size is 38 in, waist size is 34 in and biceps size is 15 in. His shoe size is 10 US. He has a pair of blue eyes and his hair color is dark brown. Overall, he has got a healthy body with a charming personality attracting a lot of people towards him.

Trivias About Ryan Newman You Need To Know.