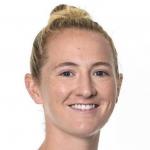 Sam Mewis is an American professional soccer player who currently plays as a midfielder for English FA WSL team Manchester City and the United States national team. On August 10, 2020, Mewis signed with Manchester City of the English FA WSL ahead of the 2020–21 season. She is the first member of the USA team to join a Women’s Super League side following the conclusion of the NWSL Challenge Cup.

Mewis debuted for the United States women's national team in 2014 and was a member of the 2019 World Cup-winning team as well. She has made history with her sister, Katie as the first sisters to make an appearance together at the Women’s World Cup.

Having started her professional club career with the Pali Blues since 2013, Mewis has come a long way up in her 7 years long-career winning several honors and titles including "NCAA Women's Soccer Championship: 2013", "Honda Sports Award 2015", "CONCACAF Women's Championship: 2018" and "FIFA Women's World Cup: 2019".

What is Sam Mewis Famous for? 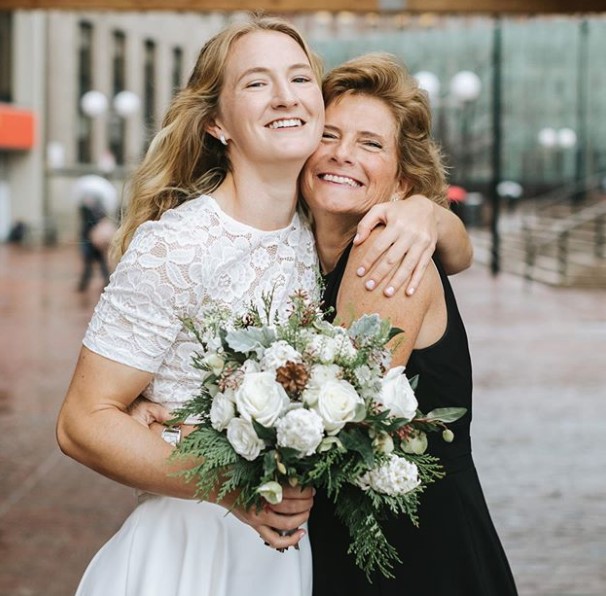 Where was Sam Mewis Born?

Sam Mewis was born on October 9, 1992, in Weymouth, Massachusetts, United States. Her birth name is Samantha June Mewis. Her nationality is American. Mewis belongs to White ethnicity while Libra is her zodiac sign.

Sam was born as the youngest daughter to her parents: Robert Mewis(father) and Melissa Mewis(mother). Her parents were supportive of her to take a career in sports since her childhood that helped her a lot growing up as her father even picked up side jobs to be able to afford her and her sister's soccer expenses.

She was raised along with her elder sister, Kristen Mewis(Katie), who is also a gifted football player and currently plays for the Houston Dash and has appeared alongside Sam on the national women’s team as well. She grew up in Hanson, Massachusetts, where she attended Whitman-Hanson Regional High School during which she played football with the school’s squad and racked up 34 assists and 77 goals. 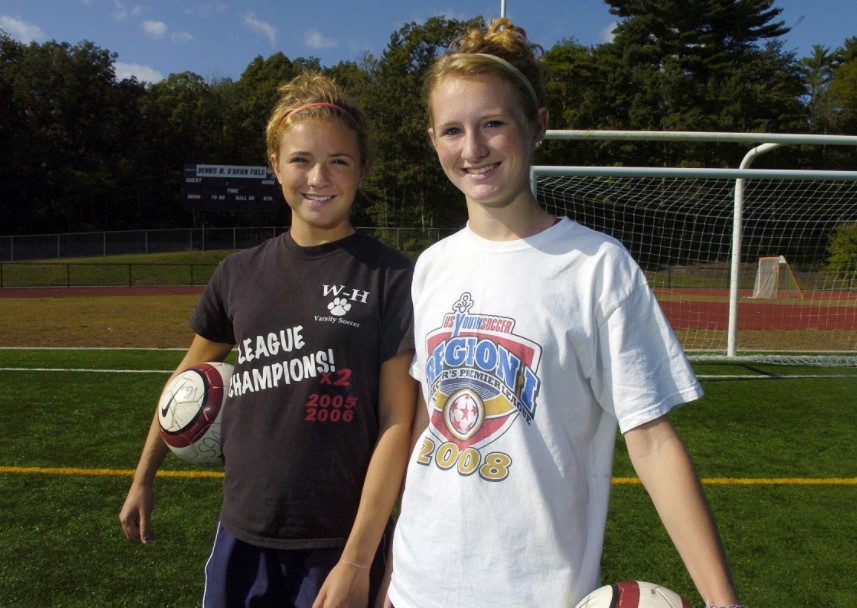 In her early years, she played for several local youth teams and Scorpions SC football club as well as was a member of the United States U-17 and U-20 national teams. With her spectacular abilities, she earned Parade All-American honors twice during her high school years and was named the National Soccer Coaches Association of America national player of the year in 2010.

In 2011, she was named Gatorade Massachusetts Girls Soccer Player of the Year for the second time and later receiving the honor of being named as the ESPN RISE All-American that same year.

Mewis then joined the University of California where she continued playing football as a member of UCLA Bruins. Mewis was named to the Pac-12 All-Freshman Team in her first year and then helped UCLA win the Pac-12 championship on the way to its first NCAA Championship in her junior year. In December 2014, she was named the winner of the 2015 Honda Award for soccer by the Collegiate Women Sports Awards(CWSA). 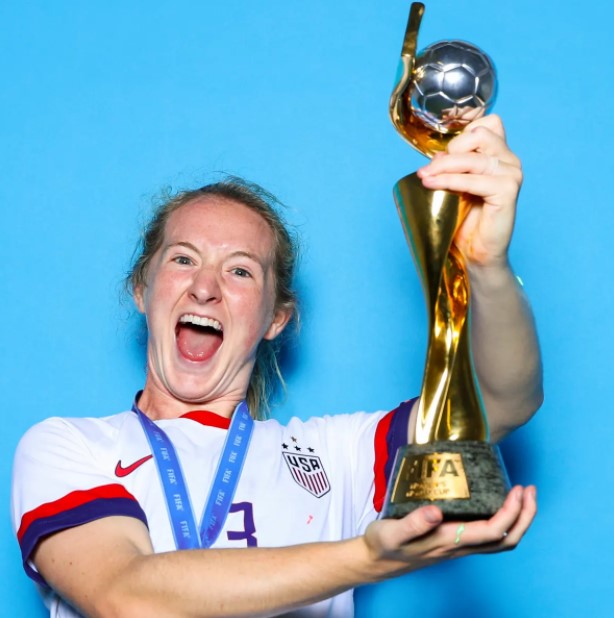 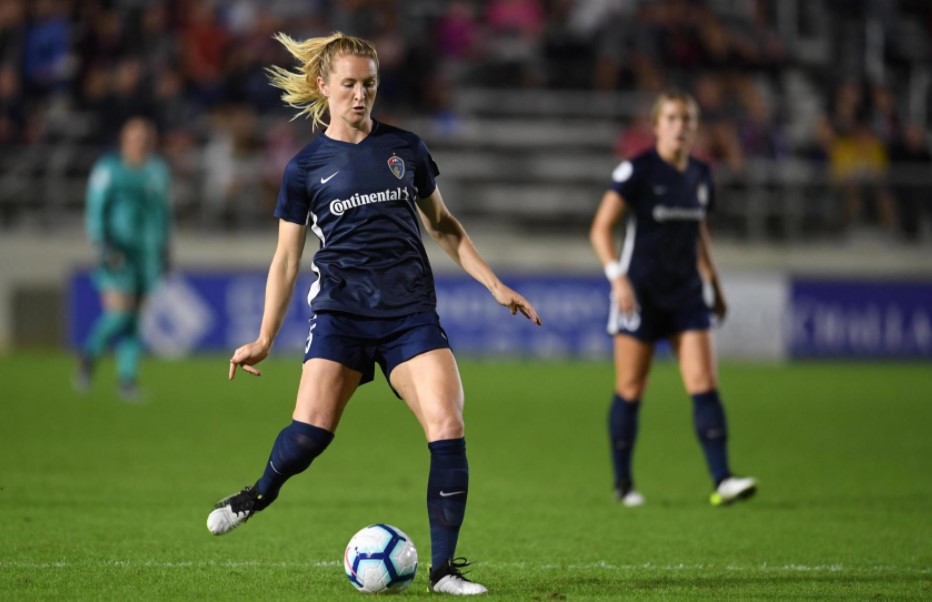 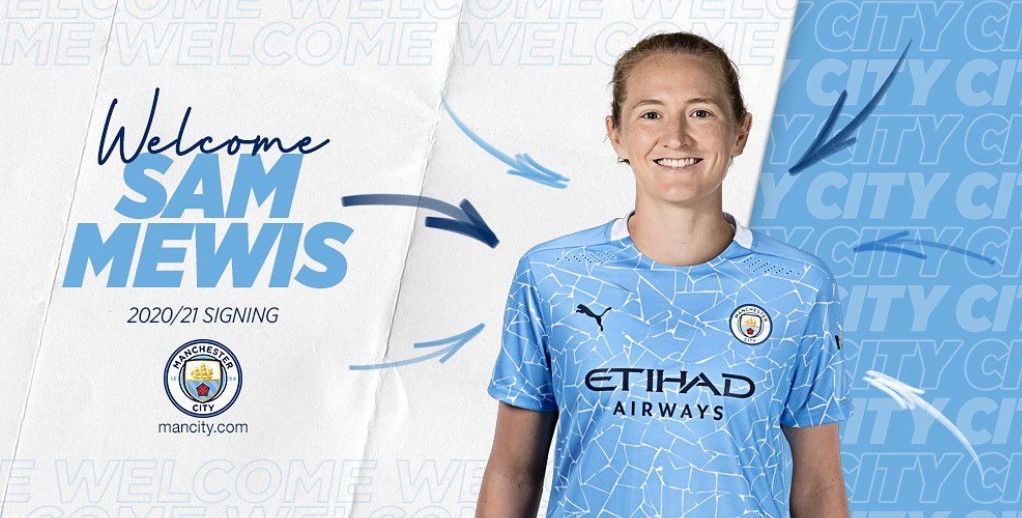 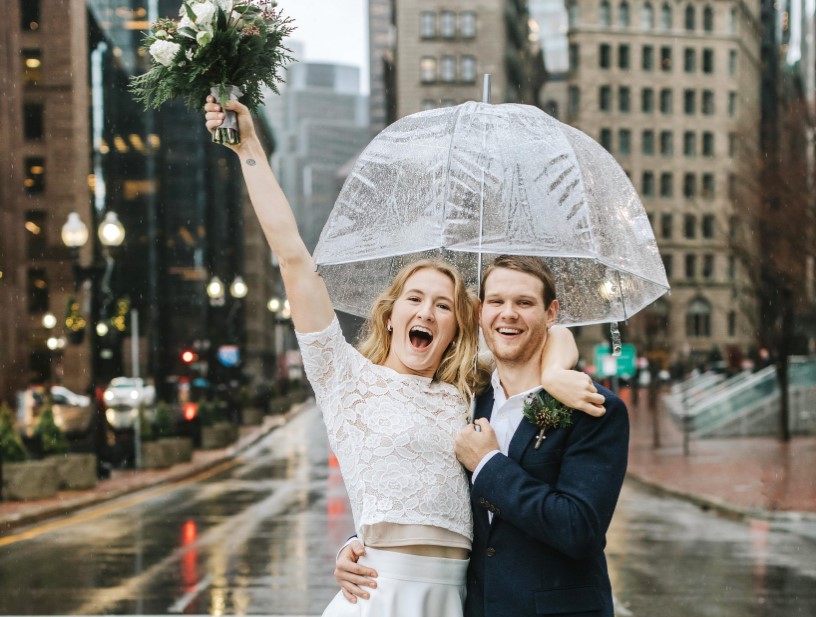 Who is Sam Mewis Married to?

Sam Mewis is currently married to her longtime boyfriend, Pat Johnson. Johnson and Mewis got married on December 21, 2018, at Boston City Hall and are celebrating their 2nd-year anniversary in 2020. Mewis calls her best friend turned husband a self-proclaimed “Mayor of the USWNT Friends and Family Program”.

They are living together along with their pet dog. Besides, Mewis suffered a knee injury in a November 2017 game against Canada, which forced her to miss the 2018 SheBelieves Cup.

What is the Net Worth of Sam Mewis?

Sam Mewis has quite good earnings from her professional career as a soccer player. Having started her career since 2013, Mewis has come a long way that he even has been a member of the American national team and is one of the most successful players in the women’s league.

With her position, she enjoys a decent salary and an impressive net worth of around $600k.

How Tall is Sam Mewis?

Sam Mewis is a beautiful lady in her who has a well maintained athletic body physique. She stands tall with a height of 6ft.(1.83m) while her body weighs around 58kg. She has blonde hair and a brown pair of eyes.