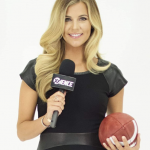 Samantha Sainte-Claire Steele, excellently known as Samantha Ponder is an American sportscaster who is the host of "Sunday NFL Countdown" on ESPN. She is best known as a reporter and host on "College Gameday" and as a sideline reporter for college basketball games on ESPN. She also initially worked for "Fox Sports Net" and "Fox College Sports". Samantha then joined the "ESPN Longhorn Network" on 7th July 2011, where she was a sideline reporter for the program "Thursday Night College Football" and a co-host of "College Football GameDay". She started hosting the show "NFL Countdown" in 2017, and with that, she became the third person to host the show in its 33-year history.

What is Samantha Ponder Famous For? 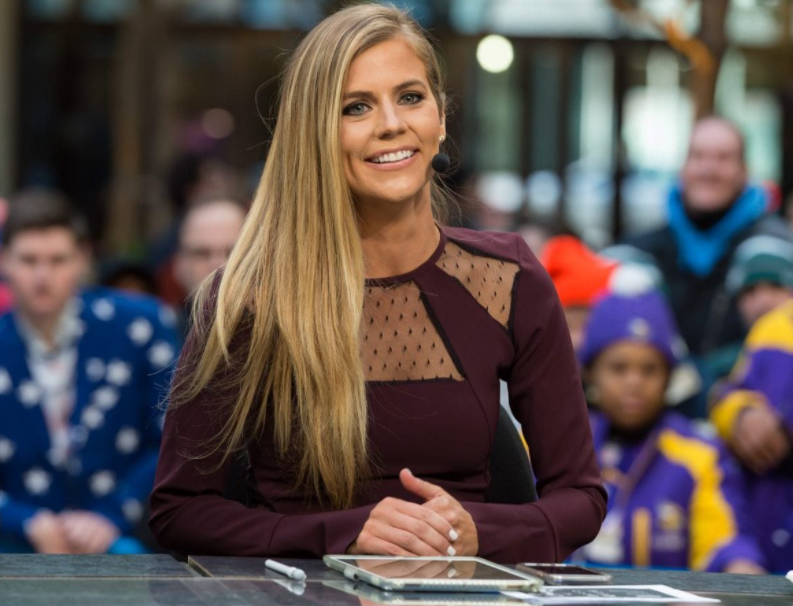 Where is Samantha Ponder from?

Samantha Ponder was born on 11th December 1985 with the real name of Samantha Sainte-Claire Steele in Phoenix, Arizona, the U.S. She is of American nationality and she came from American-white ethnic background. Similarly, her religious belief is in the Christian religion and her race is white. Samantha's present age is 35 and she will be celebrating her 36th birthday in the coming December of 2021. As per her birth date, her star sign is Sagittarius. Her father, Jerry Steele was a Christian missionary for M.A.D. Ministries as well as her mother, Cindi Steele was also a Christian missionary for M.A.D. Ministries. She has 3 siblings. 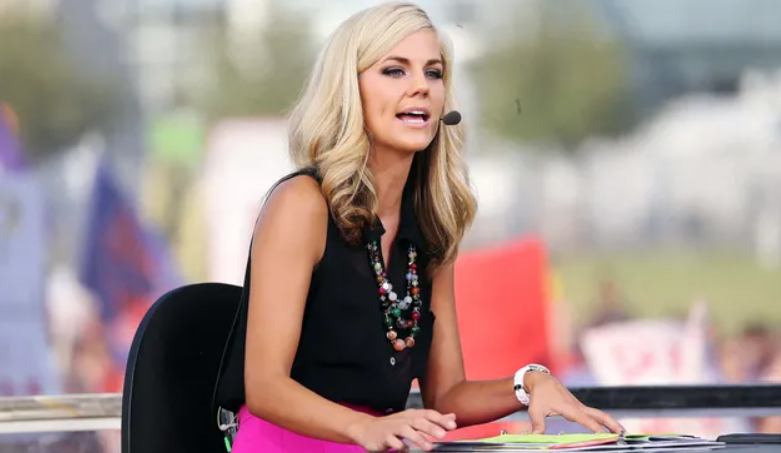 To whom Samantha Ponder was Married?

Samantha Ponder is a married woman. She married then-Minnesota Vikings quarterback Christian Ponder on 17th December 2012, in Hudson, Wisconsin. Their relationship is outstanding till now and hopes it will remain as same as in the future too. The couple had their first daughter, Bowden Sainte-Claire "Scout" in July 2014. They also have a son, Robinson True, born in June 2017, and a daughter, Price Anne-Drew, born in July 2018. Concerning Ponder's sexual orientation, she is straight. 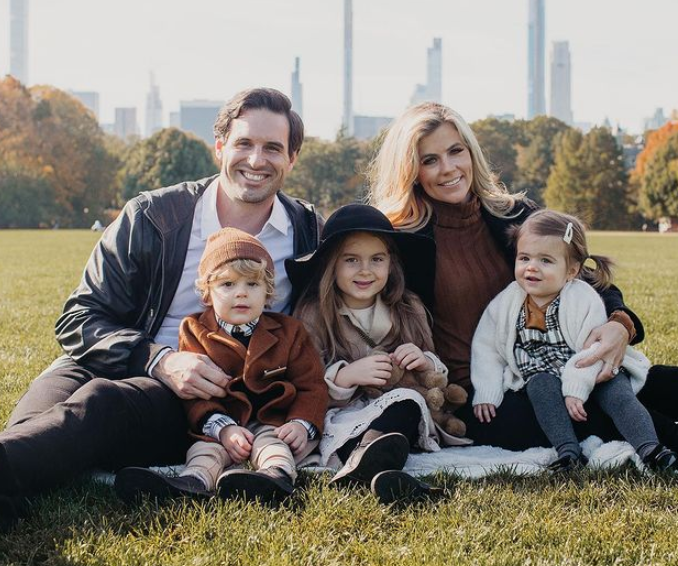 Everything That You Need To Know About Christian Ponder

How much is Samantha Ponder Net Worth?

Samantha Ponder is a talented woman who has a net worth of $12.5 million as of 2021. She also has a handsome amount of salary which is around $4.9 million per year. Ponder has endorsed brands such as Maple Phoenix, Do Good Denim, Tropicana Juices, and many others from where she gains a considerable amount of money. She has also supported the Joyful Heart Foundation. In addition, her major source of income is from her sportscaster career.

What is the Height of Samantha Ponder?

Samantha Ponder has a pretty face and a magnetic personality which has cast spells over her viewers over the years. She stands at an ideal height of 5 ft 6 in or 167.5 cm with a balanced bodyweight of 56 kg or 123.5 lbs. Her hair color is blonde and her eyes color are blue. Moreover, Ponder has a slim body build with 35-25-36 inches of body measurement.